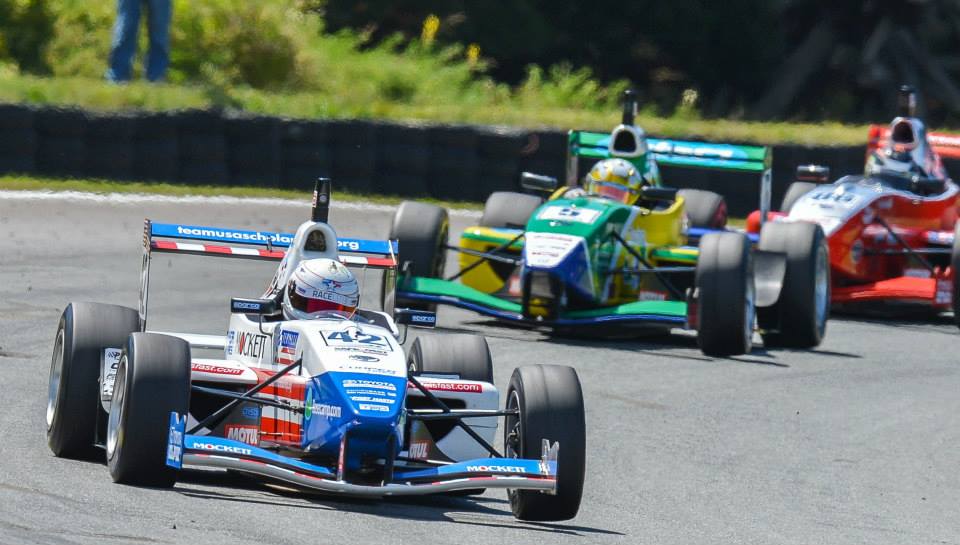 A day of steady improvement saw Neil Alberico climb from a disappointing 17th on the tightly packed 23-car grid to 10th in the opening round of the 2014 Toyota Racing Series. The race, which was won by Russian Egor Orudzhev, was interrupted by one full-course caution and then ended prematurely, after 13 of the scheduled 15 laps, due to another incident.

A dramatic overnight change in the weather brought blue sky and warmer temperature to the short but challenging Teretonga Park circuit in time for qualifying. Two 15-minute sessions were held to determine the starting grids for the weekend’s first and third races, with the middle race order set by a partial reversal of the finishing order from Race 1. Both periods were interrupted by incidents, and Alberico struggled with the balance of his car.

“We went to new tires for qualifying for the first time and we simply missed the setup," said the 21-year-old American. “We suffered with a massive understeer in the car throughout the first 15-minute qualifying session. We only had five minutes before the second quali to make changes and also put on another set of new tires. The second session changes we made were not big enough to make a significant difference but fortunately we had more laps to improve our time."

After making some more setup changes prior to the first race, Alberico made a fine start by passing four cars on the opening lap to move into 13th. He profited when race leading Dutchman Steijn Schothorst experienced an electrical problem soon after a mid-race restart and again when Croatian Martin Kodric crashed on Lap 13, bringing out the red flags and ensuring an early conclusion. Alberico eventually was classified 10th when the results were posted after 12 laps and young Swiss Levin Amweg had been assessed a 50-second penalty for “driving behavior."

“Overall a solid day," concluded Alberico. “Myself and the Victory Motor Racing boys have a lot of work to do overnight to try and overcome a few hurdles. I have confidence in everyone’s ability to improve as a whole. We just have to continue digging to find more speed. Fortunately, we had a good first race, subsequently improving our starting position for tomorrow."

Alberico will line up 10th for Race 2, which starts at 11:00 am local time (plus 18 hours from the U.S. East Coast), and 15th for the 20-lap Spirit of the Nation feature race at 3:00 pm. Live timing and scoring will be available at http://www.nzracechamps.org.nz/pages/67/live-timing.htm.