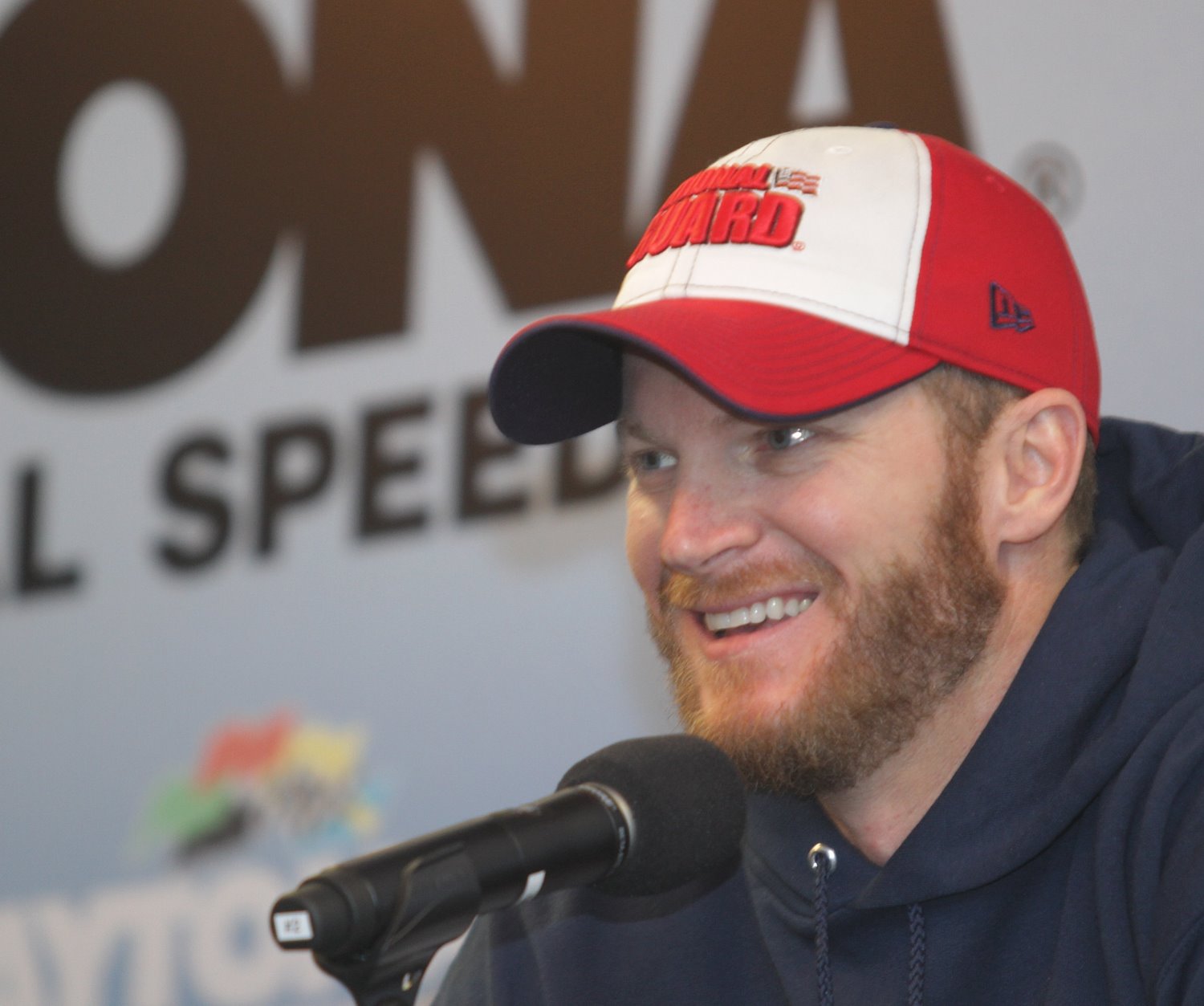 Dale Earnhardt Jr., met with members of the media at Daytona International Speedway Friday morning and discussed the departure of Steve Letarte as crew chief in 2015. The transcript in part:

Q. Obviously with Steve just leaving, can you talk about your thoughts, and how long have you known, and what you think about the situation?

DALE EARNHARDT JR.: "Yeah, it's definitely a unique situation. He actually included me in on the discussion before the end of last year, and I had a pretty good understanding, whether he knew or not, what he was going to do. I had a pretty good understanding what his decision was going to be when I left Homestead. So I've had time to really wrap my brain around it. It was hard because we are such good friends, and I really do enjoy working with him a lot. But at the same time I'm happy for him because it gives him the opportunity to spend time with his family. It's something that's really important to him, and the way these races are broadcast and how they're presented to the fans is a big part of how the sport remains healthy, and I think that he's going to be incredible in that role.

"I think that he'll — I think that he'll be really good. I'm excited for him because I know he's really looking forward to it. You can tell when he talks about it how genuinely enthused he is about the opportunity. And at the same time, you know, I'm not worried about this season and how focused we may be. I know that he's really good at separating things and keeping things compartmentalized, as Jeff Gordon likes to say about Steve. I know that we're going to be fine as far as how we'll compete this year and how dedicated and how we might move through the process of the season. I expect us to do nothing less than improve on what we've been doing and steadily keep moving toward our goals. But it's definitely going to be emotional and difficult at times, just because we really enjoy working together. But I'm excited about the year. I'm excited about our chances as a team. We've got a great group of guys. Steve is a great crew chief that's going to get us a good opportunity to try to win some races. And I think that the team, just based on the personalities and how well we all get along and mesh and how much fun we really had last year, I think that everybody can buckle down and do their jobs, and I think we can do well.

Q. What do you fear the most about losing Steve as a crew chief? In other words, kind of what are such his strengths that you're like, man, how are we going to do this without him?

EARNHARDT JR.: Yeah, I think the one thing that I fear is just trying to get a guy in there that's equally as talented. I think — I'm not really — Steve is a great cheerleader and definitely built up my confidence and changed me as a race car driver and as a person. Working with him has really helped me grow. I think you guys have all seen that over the last several years. I think I can carry that with me, what I've learned about myself and what I've learned about the job and what my job is and what my responsibility is to Steve and the crew chief. I think I can carry that with me – hopefully I can at this age. Hopefully I've learned something and learned enough to do a better job for the next guy. I think that my fear is just can we replace Steve. It's a guy that's going to be hard to replace. I'm not worried about the specific qualities that Steve has, but just will we be able to get a guy in there of equal talent, and how well will we be able to make that transition seamless. It's going to be a real challenge to do that, and I guess that's my only concern.

Q. At this stage in your career how much input do you want to have on who your next crew chief is? Will you make suggestions? Will you have say in the final decision? How will that work?

EARNHARDT JR.: I won't make any suggestions at all. I will leave that up to Rick, Doug. I would love to have input from Chad Knaus and Steve. I think that Steve knows what makes this teamwork. Steve knows how I can be successful and how the individuals within the team can be successful. I think he'd be a good guy to sort of pick at and hope that Doug and Rick would include him in that conversation at times. I think it's important that Chad has got a lot of influence because he knows how well the shop works together and what the culture is in the shop and how a guy, a particular guy may mesh in that environment. But I don't really want to have any influence on the choice. I want — I think that those guys are the ones that can make the choice and have the most success with that decision. I'll just kind of — it was Rick and upper management that decided to put me with Steve. I didn't know how that was going to work out. I didn't know much about Steve. I knew him and Jeff were not really clicking at that point in time in their careers, so I didn't know exactly what was going to happen, but I just wanted to trust their judgment, and that's what I'm going to do.