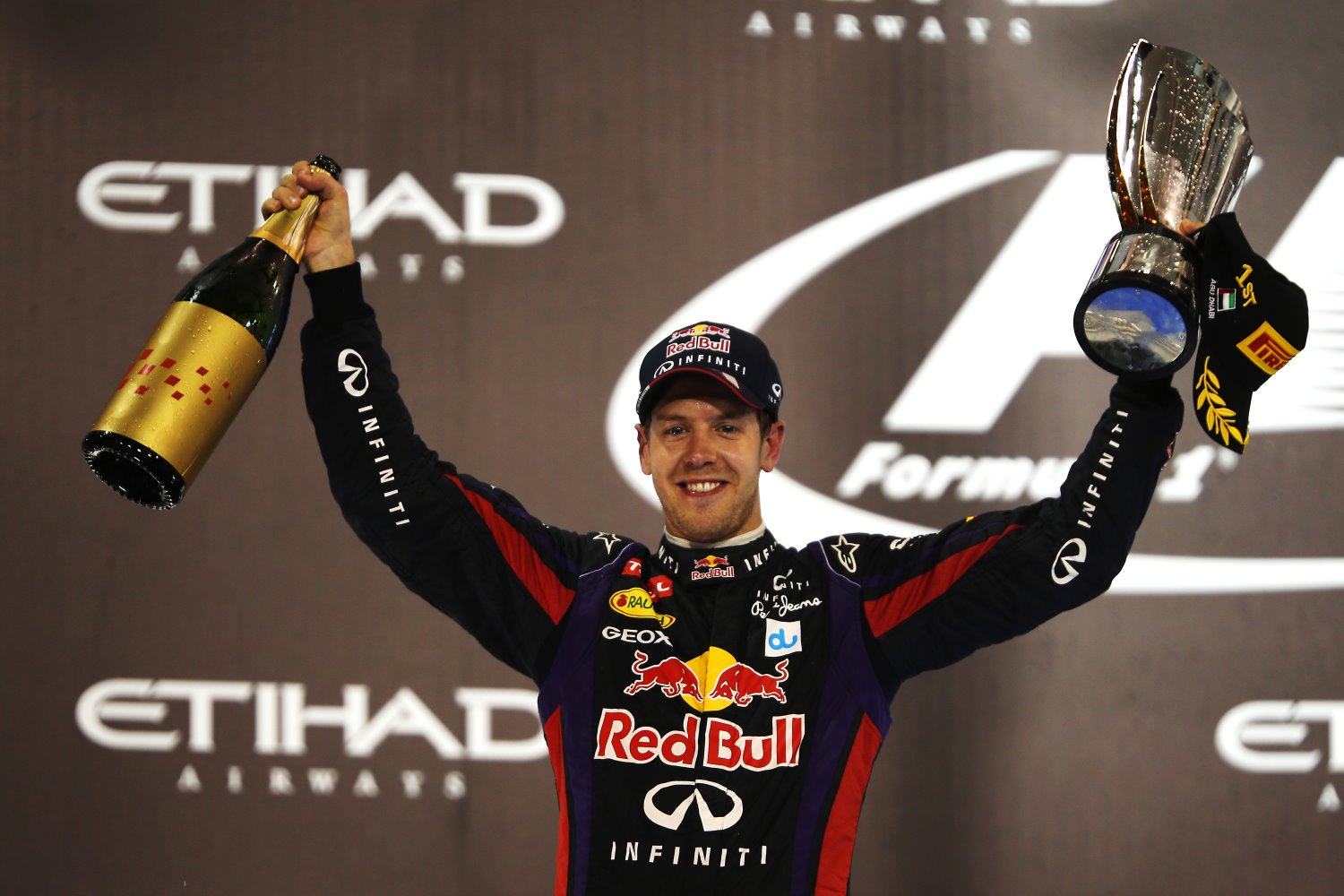 That is the view of former F1 driver Gerhard Berger, who nonetheless admitted that the style of German Vettel's domination in 2013 was a questionable spectacle.

"I didn't turn the television off, but sometimes I fell asleep in front of it," the inimitable Austrian legend told Auto Motor und Sport.

For many, Vettel's nine grands prix wins on the trot in the second half of 2013 ended the debate about whether the 26-year-old is a true great.

But many still regard Ferrari's Spaniard Fernando Alonso as better.

"Mark Webber is a very good racing driver, and he was also sitting in a Red Bull," he said.

"Until a year ago, I still saw Alonso as the most complete driver, but after this year I would put Vettel in first place for the first time."

Berger thinks Alonso's outbursts against Ferrari revealed a chink in his armor, while in contrast Vettel redoubled his efforts when things were not going right early on.

As for Lewis Hamilton, Berger thinks the Briton is now lagging behind the very best.

"For me, just behind Vettel and Alonso comes Raikkonen, although with Alonso (at Ferrari) he might now reach his limits.

"Hamilton is also not as complete as those two (Alonso and Vettel), who are in a league of their own. Hamilton's speed is enormous, but he has too many distractions.

"I am impressed by Nico Rosberg," said Berger, "who is underestimated. He did an unbelievable performance against Michael Schumacher, and now he's doing the same with Hamilton.

"Step by step he is bringing the (Mercedes) team to his side. It was like that with Schumacher and now he's turning the tables for a second time."

As for Nico Hulkenberg, Berger thinks the German is "good" but "too hyped up" by the media.

"He is (going to be) driving for Ferrari, then Lotus, then McLaren, and all the trains departed," he said.

Berger is also not shy to be honest about the new 'double points' innovation for the 2014 finale, brusquely dismissing the rule as "nonsense".

Perhaps more than any, Berger is a purist. Asked to diagnose F1's biggest problem, the former Ferrari and McLaren driver thinks the sport has become too sterile.

"My gut tells me that 650 or 750 horse power for a F1 car is not enough. Together with perfect aerodynamics, huge run-off areas and the electronic aids, the good are not different enough than the less good.

"In my time, when you did a perfect qualifying lap, you were a second faster than your teammate. Because you were riding a cannon ball.

"Safety comes first, and rightly so, but the cars and the tracks are now incredibly safe. So I think we could have engines with 1000 horse power again.

"The fans should watch and say 'I couldn't do that', like they do with MotoGP."

Berger acknowledges, however, that he is simply of a different generation. Now, in the 'green' and computer era, the FIA's new and silent Formula E series might be set to take over.

"Could be," he admitted. "I was asked if I wanted to be involved in Formula E, but I refused. This is not my kind of motor sport.

"I come from a generation that was proud of your car. You gave it wider tires, tuned the engine, put a big wing on it.

"Modern cars are now so perfect that they are worse if you try to touch it. And if you bring a flash one to a disco, the women think you are a show off."