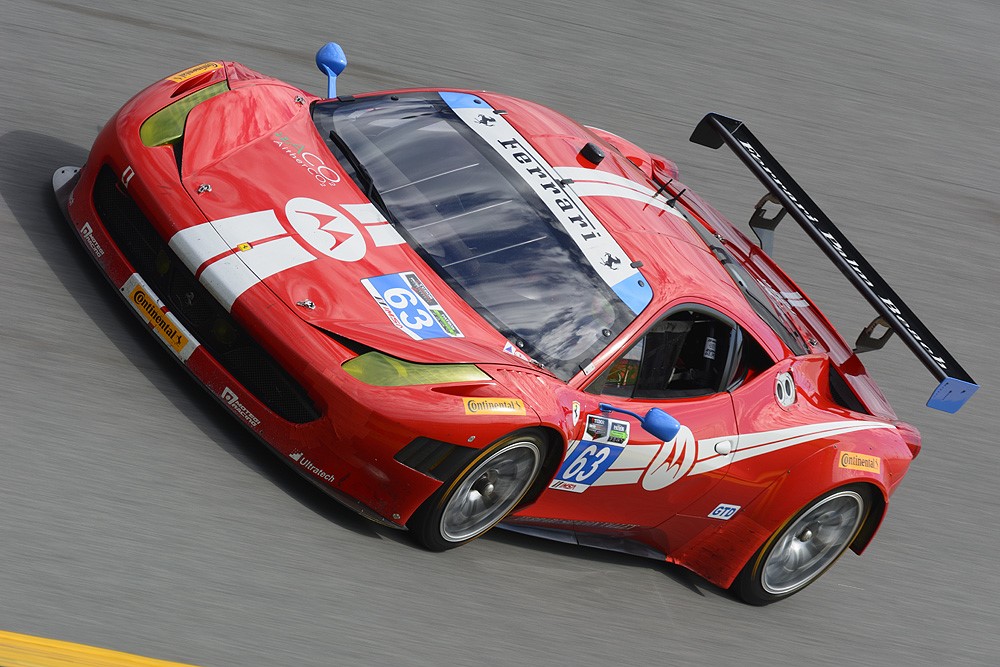 “Ferrari has made quite a lot of history at Daytona since our first race here in 1962, including five overall victories and several class victories," said Marco Mattiacci, President and CEO, Ferrari North America. “Our teams and drivers are very focused on continuing this tradition as we return for another year of championship racing during our 60th Anniversary Year in North America."

“I was really looking forward to all the new things that were going on for the 2014 season – the new technical regulations, the new competitors in the GT-D class, and I was really missing my no. 63 Scuderia Corsa Ferrari 458 Italia," said Alessandro Balzan, last season’s Rolex Series GT driver’s champion. “I’m really happy with the job that Scuderia Corsa and Ferrari have done, because compared to last year, the car is much better here at Daytona. I worked a lot with my teammates and I’m very happy with the job that was done in these three days. Now, what is missing is to be here the week of the race and see what our performance is."

The no. 556 Level 5 Motorsports Ferrari 458 Italia (Borcheller/LaMarra) set the fastest lap time for Ferrari during the weekend, recording a lap of 1:48.475, good for seventh on the combined timesheets. The team’s sister car, the no. 555 Level 5 Motorsports Ferrari 458 Italia (Bell/Sweedler/Tucker/Segal) recorded a time only a couple tenths of a second behind.

“At this point the 458 Italia is a very well-developed, highly refined and almost perfectly balanced race car," said Jeff Segal, who won the 2011 Rolex Series GT driver championship in a 458 Italia. “The 458 Italia has won two championships in the past two years, and at this point with the car everything is about fine-tuning and trying to perfect all the details. This is ideal for a grueling race like the Rolex 24 where the race can be won or lost on the details. In order to win against the fierce competition we face in the GT-D class, we will need to be perfect for the entire race, and that’s our focus at the moment. The Level 5 crew worked closely with Ferrari and Michelotto to ramp up for this test, and the result was a seamless three-day test, which was just what we needed."

The TUDOR Championship will return to Daytona to begin its season with the Rolex 24 at Daytona on January 24-26.