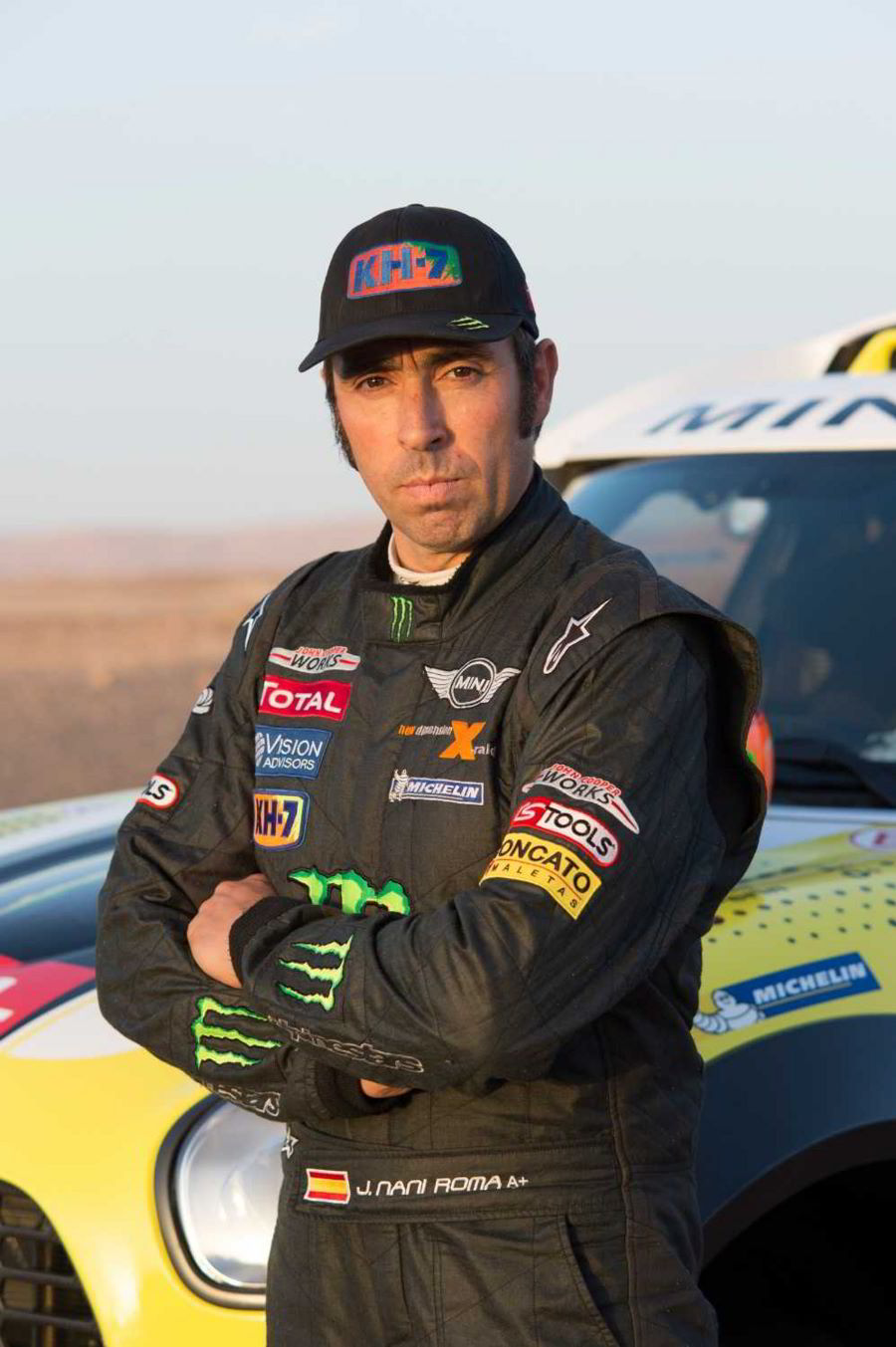 After the perfect run by the reigning Dakar champion Stephane Peterhansel (FR) in his black MINI ALL4 Racing at the 2014 Dakar Rally on Monday, the third competitive day of the world’s toughest endurance rally was another good one for the Monster Energy X-raid Team as well as the MINI brand. Joan “Nani" Roma (ES) in the yellow MINI ALL4 Racing and Krzystof Holowczyc (PL) in the red MINI ALL4 Racing claimed a one-two on the third Dakar leg which took the competitors via 301 timed kilometers from San Rafael to San Juan (both AR) and into the first foothills of the Argentinean Andes – a terrain well-suited for the MINI ALL4 Racing in which it could prove his core strengths: power, reliability and efficiency.

Meanwhile Nasser Al-Attiyah (QT) in his predominantly white MINI ALL4 Racing put the icing on the cake for the X-raid Team and the MINI brand. By finishing the day seventh, Al-Attiyah climbed to third in the overall classification. So the MINI brand holds a one-two-three overall with Roma in first, Orlando Terranova (AR), who finished fourth for the day, in second and Al-Attiyah in third heading into the fourth competitive Dakar day. “It was a good day for us, and leading the Dakar Rally definitely feels great," says Roma. “We know that the race for the 2014 Dakar title is still a long one. But today gives us an extra motivation."

Day four will see the longest special stage at the Dakar Rally since the historic route from Zouerat to Tichit (both MR) in 2005. The drivers must cross rivers, negotiate ravines, and be wary of the opposition. The route on day four features expansive spaces, making overtaking relatively easy. At the same time, the special stage to Chilecito (AR) is also the longest on the 2014 Dakar for the cars.

In motorcycles, Joan Barreda took victory in the third stage of the Rally Dakar 2014, and in doing so widens the deficit over his nearest rival to 13’04 minutes. This is the third straight win for Honda in three outings so far in the rally, and the second victory for the Spanish rider from Castellon, bringing his career track record at the Dakar up to seven.

Sam Sunderland, as victor of the last stage, set off from the front of the rally. The British rider from TEAM HRC held his place firmly until the arrival of Joan Barreda, who quickly took over the leadership of what was a very complicated third stage of the Dakar. Barreda stayed at the head until the race wound up in San Juan.