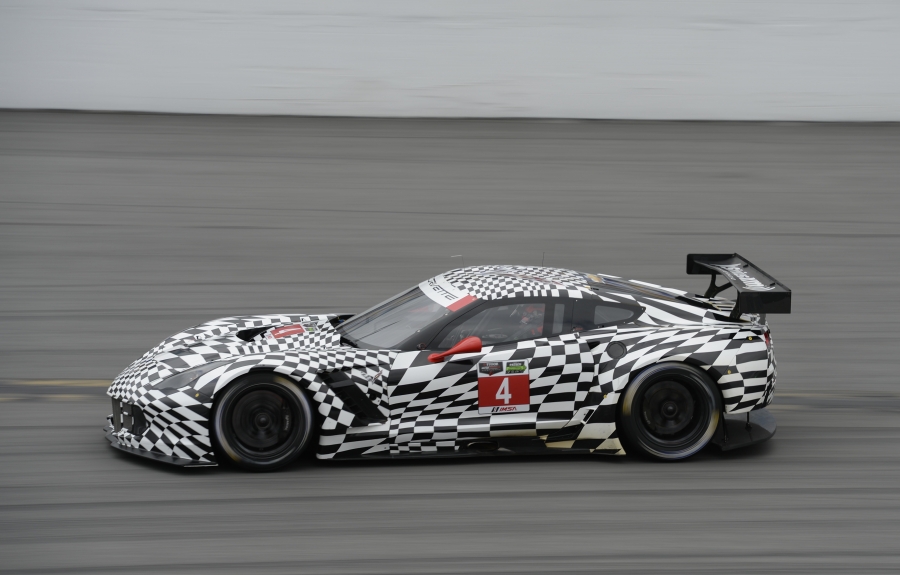 Corvette Racing posted the two quickest times in Sunday’s third and final day of the TUDOR United SportsCar Championship Roar Before The Rolex 24, with the No. 4 Corvette Racing Chevrolet Corvette C7.R driven by Oliver Gavin leading the way at 1:45.915 (121.003 mph).

However, the final practice session was indicative of the variety of the factory-backed competition in the TUDOR United SportsCar Championship GT Le Mans (GTLM) class. An SRT Viper GTS-R led the session, followed by a Porsche 911 RSR and a Corvette C7.R – with an Aston Martin Vantage not far behind.

“It’s an honor to be amongst this group," Long said. “This is an opportunity that I’ve hoped to be part of for the past 10 years – an all-factory GT team here in the states.

“Corvette has been setting the bar the last few seasons, and SRT has progressed faster than many people expected. We’re not sure where the Porsche is going to fit in. Fortunately, Daytona is usually very good for the Porsches. We’re cautious, because this team is so new. We’ll race the race and hope we’re still there with two hours to go, and then race who’s left."

The GT Daytona (GTD) class was paced on Sunday by Markus Winkelhock, who turned in a best time of 1:48.462 (118.161 mph) in the No. 45 Flying Lizard Motorsport Audi R8 LMS. It was the third session of the test to be led by the No. 45 machine, as Winkelhock’s co-drivers, Spencer Pumpelly and Nelson Canache Jr. both led earlier in the weekend.

Audi was fastest of the 28 cars participating in the class throughout the Roar, with Pumpelly running 1:47.981 in the No. 45 Flying Lizard Motorsports Audi R8 LMS in the Friday afternoon session.

“This class is going to be very competitive, no question about it," Pumpelly said. “Each car has its own strengths and weaknesses. I think Audi’s strong point is braking and the torque off the slower corners. We learned a lot at this test, and we’re close to our race setup. The Rolex 24 includes a lot of factors that are out of your control, so it’s important to have a good car and a good team that can deal with the variables that creep up during the Rolex 24."

One of the teams transitioning into GTD is Level 5 Motorsports, moving from three consecutive prototype titles in the American Le Mans Series presented by Tequila PatrÂ¢n to the production-based class in the TUDOR Championship.

“We’ve had a lot to learn, and we had a very productive test," said Jeff Segal, a two-time GRAND-AM Rolex Sports Car Series GT champion who will drive with Level 5 Motorsports in a Ferrari 458 Italia. “The car has been really well sorted out after running for the past two seasons of development.

“Our challenge is taking a team that has been racing a prototype to work with a GT car and put together a lot of new faces. Now we’ve got a laundry list of things to do before the race, but I think we’re in good shape. You can tell this team is used to winning championship. They’ve been up to the challenge at every step."