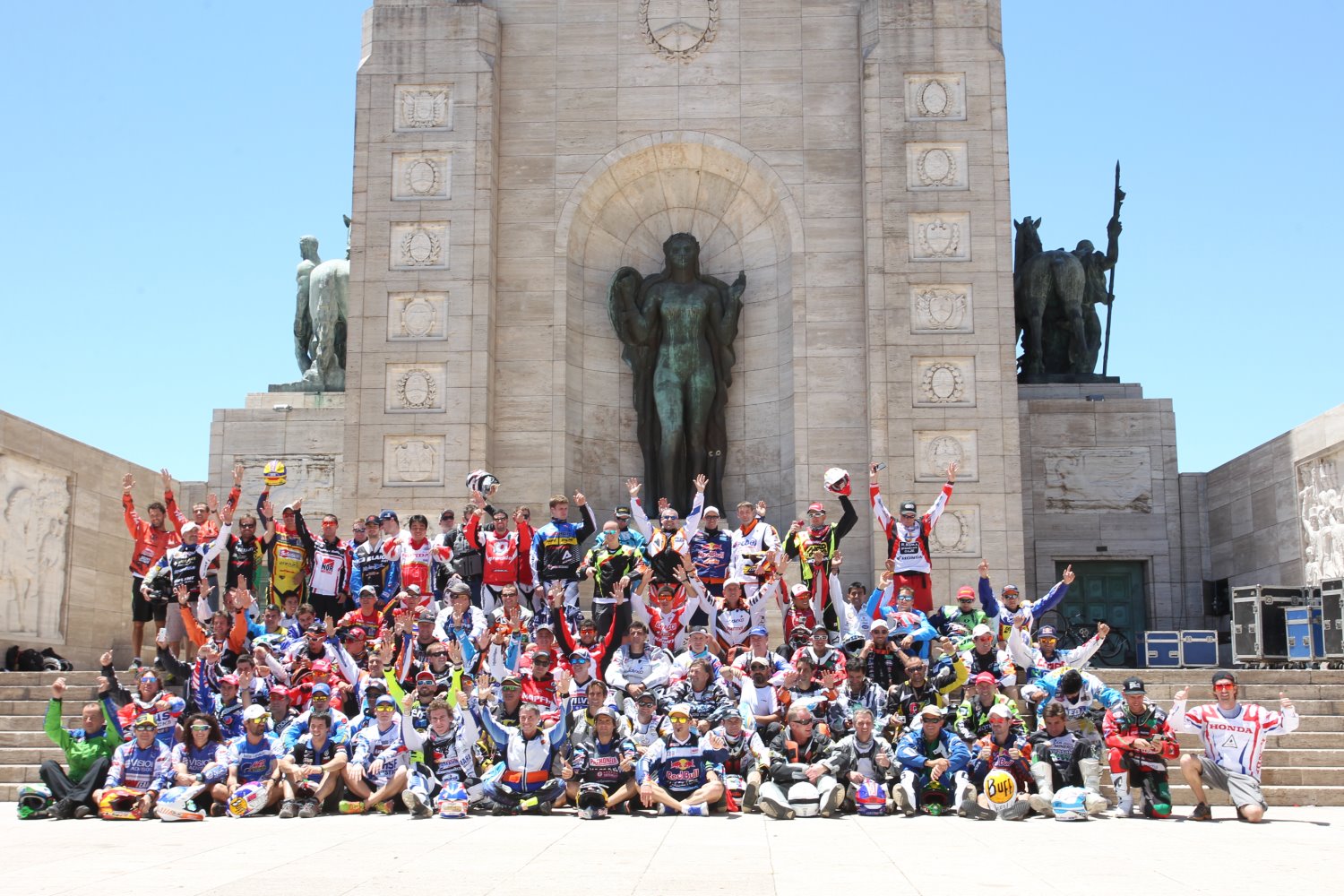 The drivers and riders participating in the Dakar spent three days going through the technical and administrative scrutineering in Rosario's City Center, which is also home to the biggest casino in South America. All bets are off regarding who will emerge victorious from among the 431 vehicles (174 motorcycles, 40 quads, 147 cars and 70 trucks) cleared to start the first stage tomorrow morning.

Minis blowing away the competition have become a common sight at the Dakar, especially with Stéphane Peterhansel's victories in the last two editions. In 2014, the aura of shock and awe that surrounds Team X-raid was already palpable in the scrutineering venue. With 12 cars, 11 of them Minis, the host advancing towards the stands seems mind-bogglingly strong. In terms of manpower, the team is running a 150-person operation… and that is without even counting the 24 drivers and co-drivers who will jump into their cars tomorrow morning.

"The biggest team ever in Dakar history", quips "Peter", himself filled with amazement at the scale of things. The defending champion expects his main rivals to come from within. "Nani Roma's the one I fear most", says Peterhansel, while Nasser Al-Attiyah, back in the fold of Sven Quandt's team, candidly reveals his strategy: "My plan is to win the Dakar". Although less blunt, challengers from other teams are not afraid of making their ambitions known, starting with Carlos Sainz, who is always "here to win", while 2013 runner-up and 2009 champion Giniel De Villiers describes a state of play that dispels any doubts on the improvement of his vehicle and, why not, his final classification: "Our engine is more powerful this year, we enhanced the suspensions and we shaved some weight from the car: we've got everything it takes to go faster!"

KTM's elite riders have also come to Rosario to defend their position, albeit on two wheels. With 12 consecutive victories under their belt, the Austrian motorcycles will try to see off not only Despres' Yamaha, but also Honda's triple threat (Rodrigues, Goncalves and Barreda). Nevertheless, they have bolstered their defense team with the addition of "Chaleco" LÂ¢pez to the official squad and Marc Coma's comeback after being forced to sit out last year's rally. "It's great to be here, especially because this motorcycle gives me a really good vibe", says the Catalan, who will look for a place in a KTM team that will do its best to keep the lid on the dog-eat-dog syndrome, with teammates like Ruben Faria (second in 2013) and David Casteu ready to pounce.

A solemn but festive intermezzo awaits the competitors in the hours between the formalities and the start of the race proper, as crowds flock to see the presentation ceremony at the end of the day. The start podium set up on the bank of the Parana River, in the shadow of the Monumento de la Bandera built in remembrance of the creation of the Argentinean flag, symbolizes the start of the competition for everyone. After electrifying the atmosphere at the scrutineering and the village since the start of the week, the Rosarinos will turn out en masse, shouting themselves hoarse to cheer the competitors on, on, on to adventure! 500,000 people are expected to come and energize them ahead of the first stage to San Luis… and all the way to ValparaÃ­so, two weeks and 9,000 km farther away.