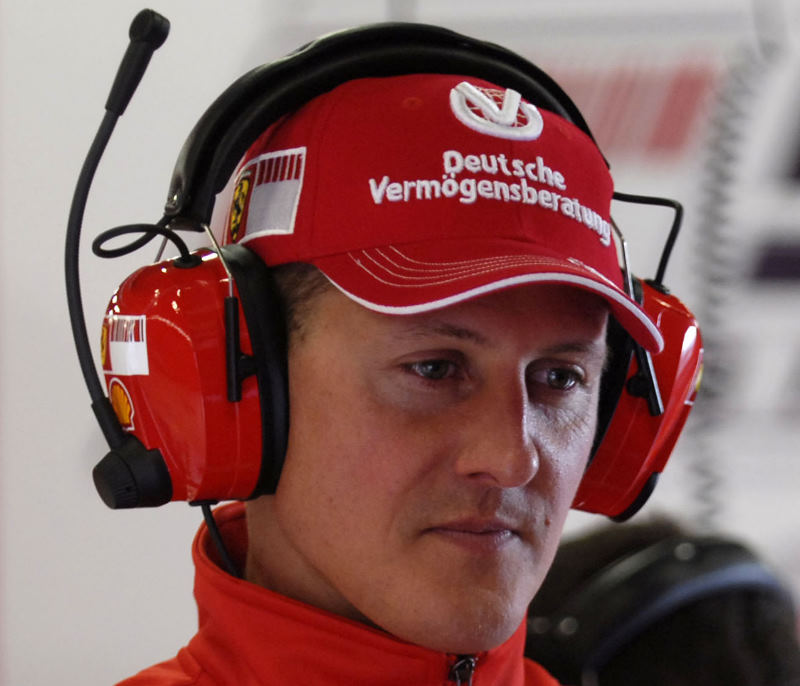 Former motor racing champion Michael Schumacher's condition has improved slightly after an operation to relieve pressure on his brain, his doctors have said.

A new scan taken overnight showed signs that he was "better than yesterday", but he was still "not out of danger", doctors said.

The seven-time Formula 1 champion suffered head injuries on Sunday in a skiing accident in the French Alps.

He was put in a medically-induced coma.

An initial scan on Monday night showed "an improved situation" and indicated a window of opportunity for a second operation, doctors said.

The family took the "difficult decision" to give consent for the procedure, and doctors operated on Schumacher for about two hours.

"We can't say he is out of danger but… we have gained a bit of time,'' said Dr Jean-Francois Payen. "The coming hours are crucial."

"But all the family is very much aware that his state is still sensitive and anything can happen." BBC

12/31/13 (GMM) More information about Michael Schumacher's fight for life after his skiing accident will be forthcoming on Tuesday.

The SID news agency reports that an update about the seven time world champion's medical condition will be given from the hospital in Grenoble early in the day.

It is not known if the great 44-year-old German's condition has changed since the press conference on Monday, but rumors and speculation are rife.

In the meantime, Schumacher's family – his wife Corinna and two children – are at his bedside, and there are reports his brother Ralf and father Rolf are also at the hospital.

38-year-old Ralf Schumacher, who drove for Williams and Toyota until 2007, has blacked out the home page of his personal website.

A French media report said Schumacher's helmet cracked in the high speed impact with rocks, which has left the winner of 91 grands prix in a coma and fighting for his life with lesions on both hemispheres of his brain.

She hit back at reports that Schumacher, a lover of skydiving, swimming with sharks and motorcycle racing, took one risk too much on the snow on Sunday.

"It was not an off-piste track," said Kehm. "They (Schumacher and his son Mick) were skiing on pistes, but in the moment that it happened, it was not on the piste."

One British neurosurgeon told the Guardian newspaper that if Schumacher recovers, it will take him "weeks, even months".

The F1 presenter for German television RTL, Kai Ebel, agreed: "I have seen Michael skiing dozens of times, but I would not call him a gambler.

"Michael takes only calculated risks, within his precisely set boundaries. I would never call him reckless."

1997 world champion Jacques Villeneuve, however, told French television Itele: "Michael has this need to push himself."

Schumacher's plight has united the F1 and sporting worlds, and the wider community in kind tribute to his talent, achievements and personality.

"I only hope he pulls through," former rival David Coulthard wrote in the Telegraph, "so that he can see all the nice things people are saying about him."

Until then, the world is hanging on the words of respected medical professionals, like Dr Dino Altmann, the Brazilian grand prix doctor.

He compared Schumacher's accident to Felipe Massa's near-fatal 2009 qualifying crash, from which the Brazilian made a full recovery.

"They are somehow similar because they are both trauma," Altmann told Globo. "But the spring hit Felipe where there is larger resistance from bone defenses.

"Felipe's trauma, although severe, was much lighter than Schumacher's. Even without knowing the exact severity of his injury, we know that he was agitated and not answering questions. This already demonstrates a very severe trauma," he said.

However, Altmann takes some comfort in the fact that, contrary to some recent reports, Schumacher has only undergone one brain operation so far.

"If he has not had a second surgery in these first hours, it means that the cranial pressure is under control," he said.

"The more time that passes without another surgery is good for Schumacher. It means he is in the best conditions for his recovery."