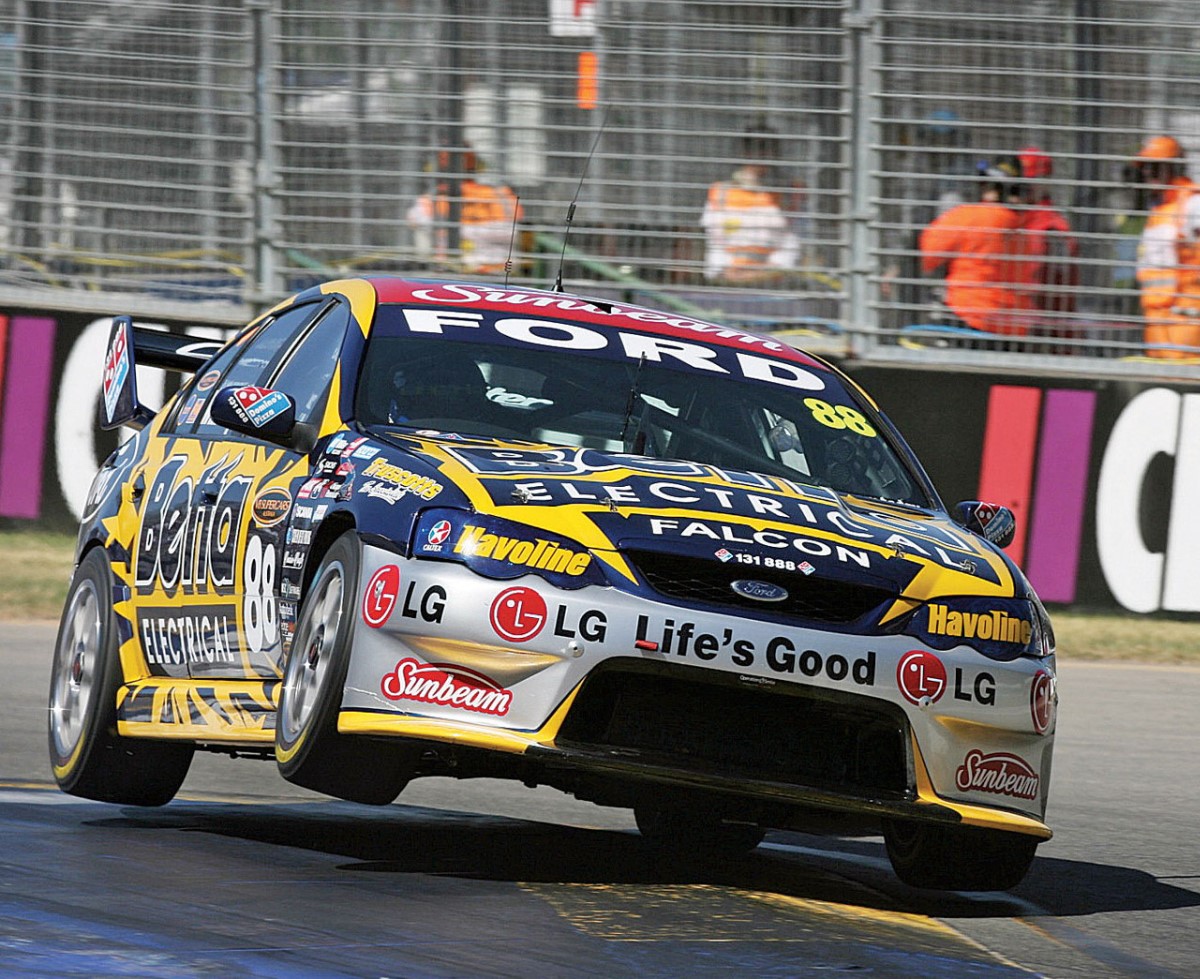 The Australian V8 Supercars series is in an odd position. It is one of the best series in the world: more physically muscular than BTCC, more visceral than NASCAR, and more dramatic than Formula One (which isn’t hard). And this year was a transitional year – whilst NASCAR was struggling with the temperamental Gen-6, the V8s’ Car Of The Future (COTF) was a brilliant success, leveling up the championship and bringing new manufacturers in smoothly. And with Volvo joining next year, the series appears to be in rude health. But on the other hand these are tricky times. Ford has announced it’s Falcon model will be no more by 2016, and Holden will be gone by 2017. The series’ formula of brutish V8 saloons is under threat. Surely they can’t be on the verge of having to give up all that has made it successful?

It is clear that the V8s are heroes in their homeland, but are also winning fans worldwide. And with worrying announcements from the homeland, it’s also clear that the V8 authorities would like to not only future-proof the series, but expand globally. So seeing three new manufacturers joining in two years is a shot in the arm. But here’s a question: if the world is beginning to wake up and smell the tire smoke, how do the V8s capitalize best on this?
There are several routes they could take. They could use the Italian-based Superstars Series as a blueprint, which runs two championships side-by-side – an International Cup for events across Europe, and the Italian Cup for events back home in Italy. But for that, you’ve got to fly the V8 circus out across the world. And there’s a problem with that: they have gotten into bed in the FIA.

Which means the V8s have traveled to tracks that showcase the series like a trash can showcases goldfish. It demonstrates just how hideous Herman Tilke is as a track designer that not even the V8s could make Abu Dhabi into an entertaining circuit – and they tried for several years. Then came the baffling decision to choose Circuit of the Americas as the location for their first ever American round. Laguna Seca. Sebring. Watkins Glen. Road America. The list of great US racetracks is endless. But no. Yet again the best Antipodean drivers around were left playing follow the leader, and unsurprisingly, they won’t be back in the US in 2014. I wonder why? And what about a round in Europe? That looks unlikely for now thanks to more FIA nagging. The rumor is the FIA have an agreement that they aren’t allowed to race anywhere further north than…about Nigeria, seemingly. So once again FIA politics means potentially great races in Spa, Monza, Imola, Brands Hatch and more are all off limits.

So Whincup, Winterbottom, Lowndes et al won’t be going on an epic world tour just yet. But how have other series tackled this problem? The German-based DTM series effectively ‘sold’ their formula to the world; America will have it’s own DTM-style series, and the Japanese Super GT series will build it’s cars to DTM specification. Imagine if the Superstars Series ran to COTF regulations? NASCAR’s touring series is also a very strong idea, with the gospel of NASCAR now roaring loud and proud in places like Mexico, Canada, and Europe. I went to a NASCAR Euro Series event at Brands Hatch this year, and the crowds loved having the thrill of NASCAR-style racing on their doorstep. And cheering for home-grown European drivers rather than Jimmie Johnson and co added something more homely to the occasion. So if it works for NASCAR, why not the V8s? And it’s already happening with the New Zealand V8 SuperTourer series; not exactly the same regs, but for the local fans it’s good enough. And stars like Greg Murphy and Shane Van Gisbergen making appearances helps.

So while it may be all doom and gloom for you V8 Supercars in your homeland, there is a world of potential fans right outside your front door. It’s up to you to capitalize on all of us and reap the benefits. Or at least sort out the TV coverage so US fans aren’t scrabbling around for highlights on YouTube. In the mean time, here’s to 2014! Beyond The Flag