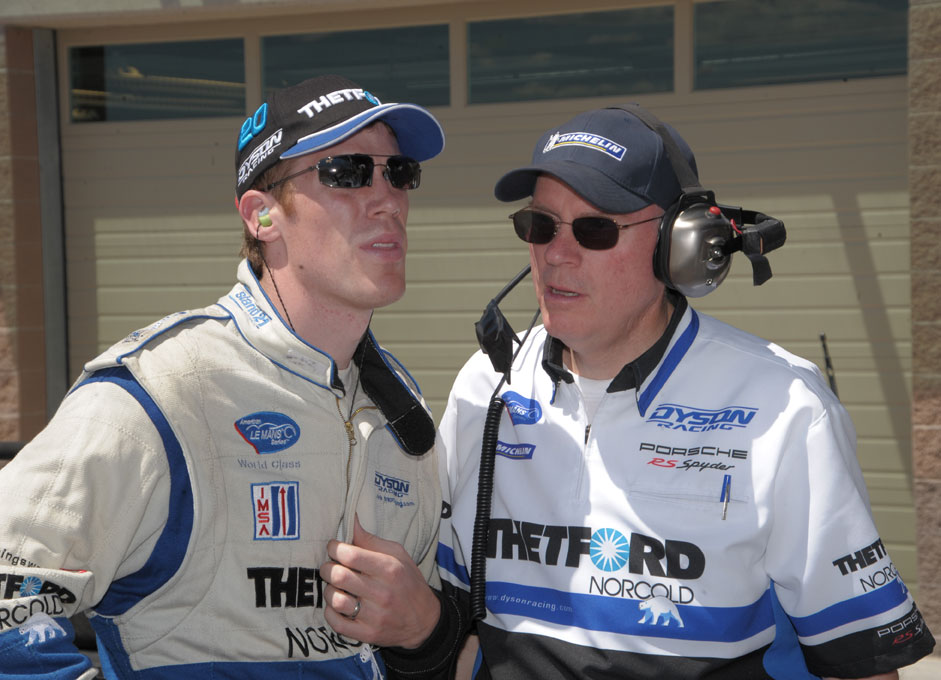 While the immediate future of his family’s team remains unclear, Chris Dyson isn’t ready to put his racing career on hold.

As revealed by Sportscar365, the two-time American Le Mans Series champion is eyeing potential prototype drives in the FIA World Endurance Championship and European Le Mans Series next year, with the goal of adding another title to his resume.

“I always want the goals of the team to align with my own and for the last 12 years, that’s been the case. But my Dad has been encouraging me to go and be receptive to any opportunities that I can come up with myself," Chris Dyson told Sportscar365. “Thankfully there’s folks out there that are interested."

Dyson confirmed he’s currently in talks with a few teams, including Greaves Motorsport, which he drove for in three FIA WEC events this year aboard its LMP2 class Zytek Z11SN Nissan.

“Tim and Jacob [Greaves] are trying to get something going for next year but the key is for them to secure the necessary sponsorship so we can have a good effort," Dyson said. “Nobody wants to be on fumes.

“If we go racing, it’s gotta be real. I think they’re pretty resourceful in those regards. That’s absolutely one of the teams I’ve been in regular contact with."

While there remains a possibility of Dyson Racing’s U.S. program coming back online in the second half of next year, the 35-year-old second generation racer is determined to stay at the top of his game this coming season, even if it results in a busy travel schedule.

“It’s important for me to stay sharp and be racing top-line stuff," Dyson added. “I feel like I’m in my prime right now and I’m not really in the mood to sit out, especially when there are people talking to me about good deals."

Dyson hopes to finalize a program in the next few weeks. Sportscar 365