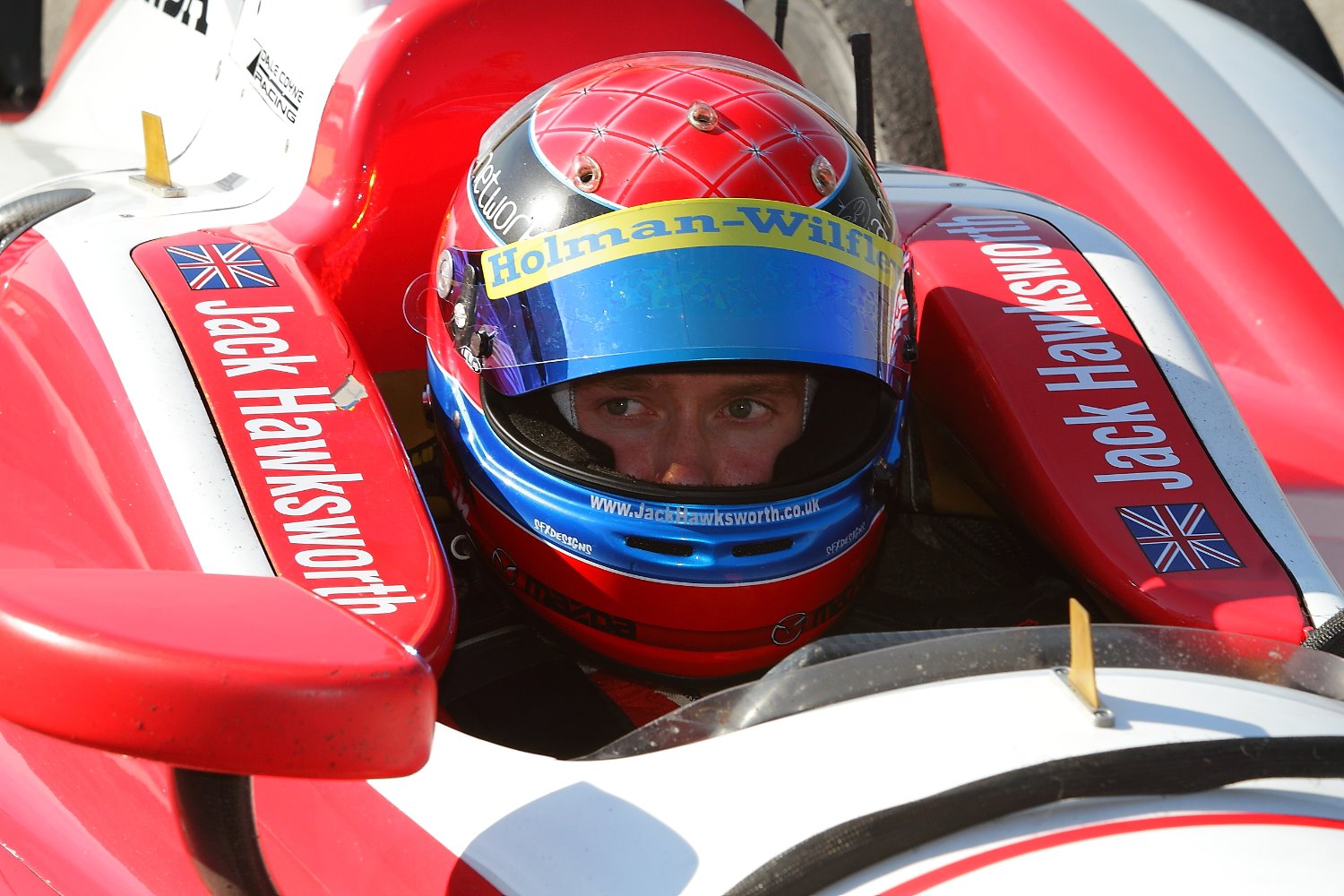 Cullingworth's Jack Hawksworth proved himself to be ‘as good as any of the current top five championship drivers’ as he took to the track in an IndyCar with Dale Coyne Racing at Sebring International Raceway in Florida.

The gifted 22-year-old Bradford-born ace set a scintillating pace as he endeavors to maneuver himself into contention for a seat for next year's series.

Having taken the States by storm in speeding to the fiercely-contested Star Mazda Championship crown during the course of a record-breaking rookie campaign across the Atlantic in 2012, Hawksworth continued to shine in 2013, tallying a hat-trick of triumphs, a brace of pole positions and six podium finishes for Schmidt Peterson Motorsports en route to fourth position in the Firestone Indy Lights title standings, one step further up the US open-wheel ladder.

The British Racing Drivers’ Club (BRDC) SuperStar and former McLaren Autosport Award finalist subsequently caught the eye with an outstanding IndyCar testing debut for Rahal Letterman Lanigan Racing at Sebring in September – and he returned to the notoriously bumpy and abrasive, 1.65-mile former airfield fired up to put that experience to good effect in a Honda manufacturer test.

With seven teams in attendance, Hawksworth raised more than a few eyebrows behind the wheel of Dale Coyne Racing’s 650bhp Dallara single-seater, lapping second-fastest among those drivers running the 2013-spec engine.

His best effort was a mere 0.14 seconds shy of the outright benchmark – set by 2012 IndyCar Series champion Ryan Hunter-Reay – and remarkably, the youngster outpaced no fewer than five race winners.

Dale Coyne Racing’s eponymous founder is a renowned talent-spotter and the Illinois-based outfit carried Britain’s Mike Conway to victory lane this year in Detroit and compatriot Justin Wilson to sixth spot in the points table. Fellow Yorkshireman Hawksworth could be primed to maintain that momentum.

“Drivers are regularly evaluated post-season with the express intention of improving the performance of the team," explained race engineer John Dick.

“Next to the owner, the driver has the most responsibility for the success of a racing organization. With this end in mind, driver evaluation is a very important exercise.

“Jack ran a total of 89 laps around Sebring and continued to improve on his times. At the end of the day, he was second quickest of the single-turbo cars. That was quite impressive, considering the only single-turbo car in front of him was on its third day of testing with factory support.

“Jack’s feedback was also impressive given his relative inexperience with an IndyCar and almost no history with this particular team’s chassis set-up.

"I found it quite easy to understand his evaluations and requests for balance changes, and I would judge his ability to extract the most out of a given set-up to be as good as any of the current top five championship drivers. In conclusion, he would be a valuable asset to Dale Coyne Racing."

The highly-rated Hawksworth, who is backed by Sparco USA, Exam Networks, Core Pilates, Arai Helmets and Nicholas Jones, said: “It was a really good test and another extremely positive learning experience.

“Having driven an IndyCar around Sebring before, I had a better idea of what it would feel like this time and was able to jump in and get onto the pace more quickly.

"We settled into a strong rhythm and turned in some really fast and consistent laps – and the team seemed pleased with my progress, which is always encouraging."

He added: “I really enjoyed working with Dale Coyne Racing. I immediately established a good rapport with my engineer John, and I got on well with all the guys in the team.

"They’re a great bunch of lads and they have an excellent understanding of the car; every change we made was a constructive one, which meant we were able to get into ‘the window’ pretty rapidly.

“Hopefully my performance turned a few heads and made people sit up and take note. There are six weeks before official pre-season testing begins, so it’s up to us to try and make something happen between now and then to secure a place on the 2014 IndyCar starting grid. That’s the goal, and we’re working absolutely flat-out to achieve it."