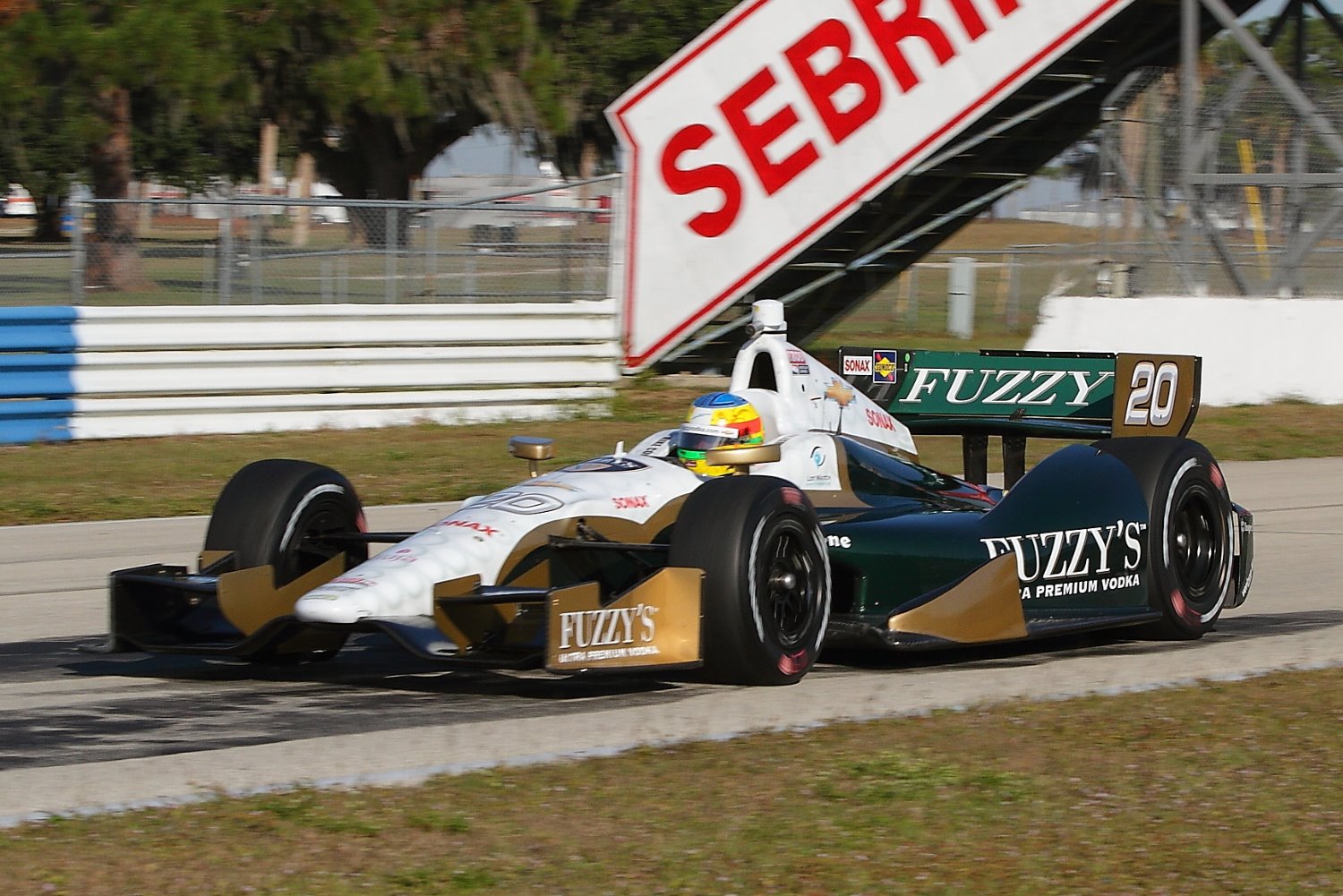 Mike Conway sat back and assessed his two-day testing session with the Ed Carpenter Racing/Fuzzy’s Vodka team at the Sebring International Raceway Thursday night. Then a smile came across his face.

"I feel a little tired tonight but I’m pleased with the progress we made in our first test together," said the England native who’ll drive the No. 20 Chevrolet-powered IndyCar at the road and street circuits in the 2014 IndyCar Series.

Conway, the Chevrolet "Indy Dual in Detroit" race winner last June, joined ECR team last month and completed his first test with the new squad with more than 200 laps under his belt at the short-course layout at Sebring.

"I felt the test went better today than on Wednesday," he said. "The Ed Carpenter Racing guys did a good job over the two days. We ran over 200 laps. It was a great way to get our team and I working together. It's still early but we were able to go through many things this week."

Not only was the testing program Wednesday and Thursday new for Conway, it was new for the ECR personnel led by team manager Tim Broyles, lead engineer Matt Barnes and crew chief Bret Schmitt.

Plus, it was a different experience for ECR team owner Ed Carpenter, who normally is at the controls of the Fuzzy’s Ultra Premium Vodka Chevrolet on the road courses. Last month, Carpenter announced he would only drive the ECR machine in the six oval races in 2014 including the Indianapolis 500. Carpenter won the pole position in the 2013 Indy 500.

"We ran through a number of things we had planned with Mike," said Carpenter. "It did feel different watching from the pit box for the last two days. But the team worked well with Mike on developing the car. It was a good start for us. We will study the information we learned and come back in January for another test there. Overall, I like the direction we are going."

Broyles said his team was excited to see what Conway could do with a new car, new engine and new organization.

"Mike offered great feedback for the guys at the test," said Broyles, a 25-year IndyCar Series veteran. "We had a long list of test items that we wanted to work through and Mike was excellent with the engineers. Mike gave us some additional feedback in certain areas too. So we were very pleased with our first outing with him. With a new driver, the biggest thing is getting communication squared away, but, after the first day, we were all on the same page."

Broyles said Carpenter was a key member of the engineering side of the test at Sebring.

"Ed was great working with Mike and our engineers," Broyles explained. "I think he enjoyed being outside the car this time and hearing Mike’s feedback with the team. Ed was really into the test this weekend."

Conway now heads back to England for the holidays and returns to Sebring in the middle of January for the next testing session.

"It felt good to run the IndyCar before the holidays," said Conway. "Now we can come back to Sebring and we can improve on things we worked on this week. It's fun to work with the Chevy engine and Chevy guys too."