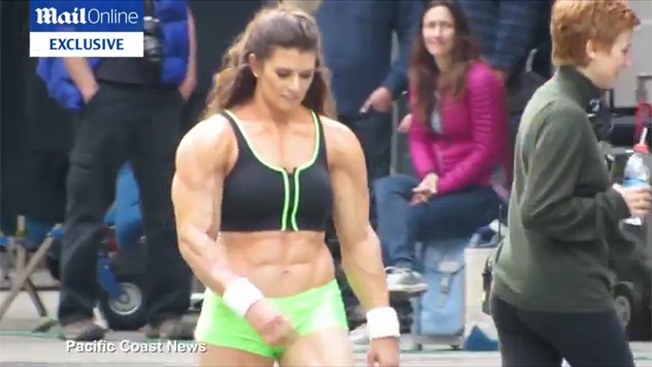 GoDaddy may say it has "matured" as a Super Bowl advertiser, but for now it appears to be spokeswoman Danica Patrick who has actually grown.

Sporting a rather lifelike muscle suit, Patrick was spotted by photographers filming her upcoming game day commercial for GoDaddy, which has featured the high-profile driver in its Super Bowl ads since 2007.