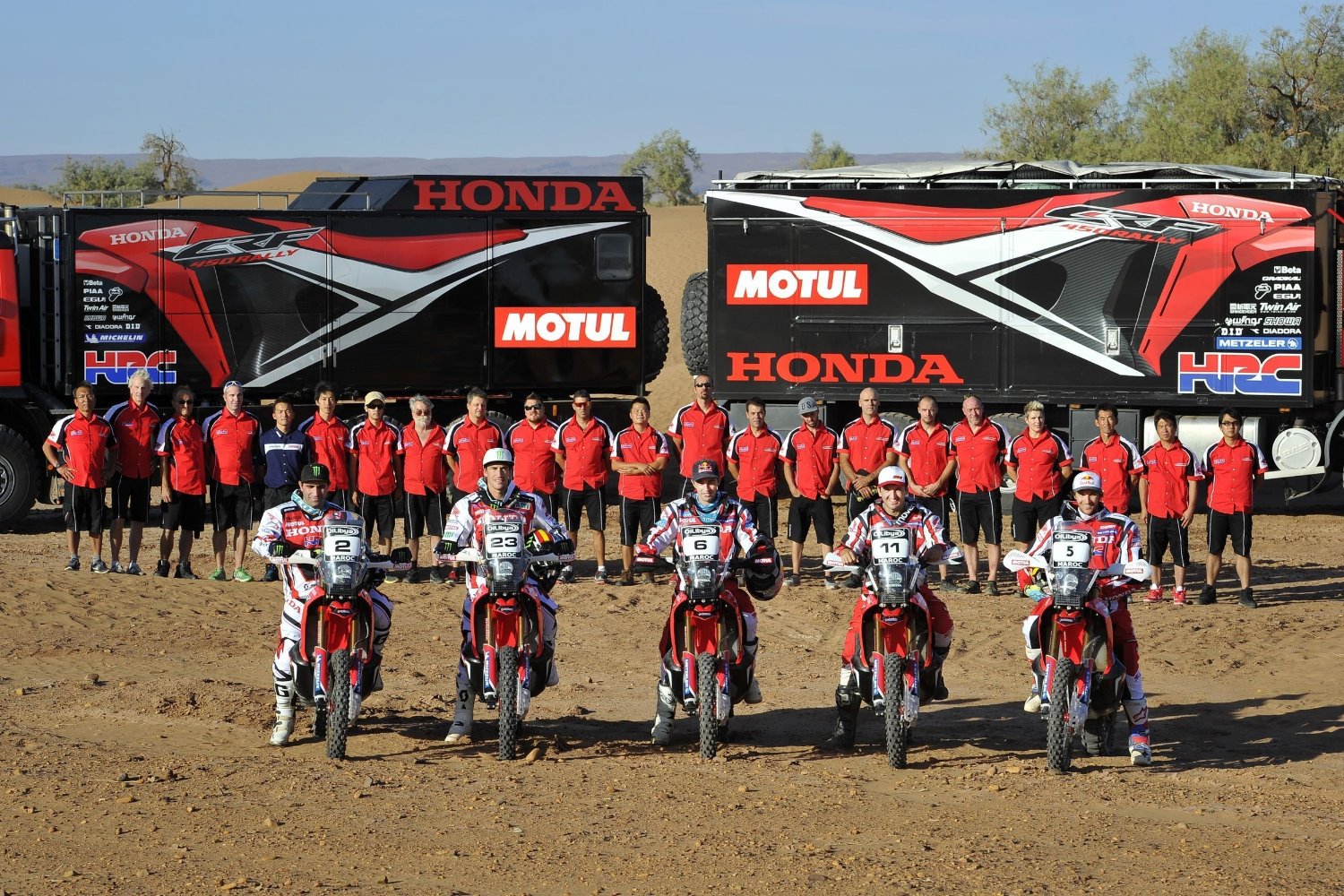 Honda will participate in the motorcycle class in the Dakar Rally to be held in January 2014 in South America, with its works team "TEAM HRC".

Five riders—Helder Rodrigues (Portugal), Sam Sunderland (United Kingdom), Javier Pizzolito (Argentina), Joan Barreda (Spain), and Paulo Goncalves (Portugal)—will ride the CRF450 RALLY, a rally-racing bike specially developed for the 2014 Dakar. TEAM HRC took the CRF450 RALLY for testing and competed in the 2013 Morocco Rally, a prelude to the Dakar Rally held in October of this year, and also the 2013 Merzouga Rally. The team took victories in both races.

To further popularize the sport of rally racing, Honda is planning to market the CRF450 RALLY in 2014 for teams and individuals who are aspiring to compete. As part of the verification process, Honda will provide pre-production models of the CRF450 RALLY and on-site technical support to riders Pablo Rodriguez (Argentina), Jean de Azevedo (Brazil), and Laia Sanz (Spain), all of whom will race in the 2014 Dakar Rally.

"Since our entry in the 2013 Dakar Rally in January, the Motorcycle R&D Center and HRC have focused on developing an outstanding machine and a winning team. The 2014 Dakar Rally spans more than two weeks, but through this race we will fight to the finish to share our dreams and exhilaration with our customers. Next year starting with the Dakar Rally, HRC will boldly move forward to share the excitement of two-wheeled motor sports with its fans world wide, and we look forward to continued support for HRC's activities".

"Everything was new and we learned much from the 2013 Dakar Rally, since the last time we raced in the Dakar was 24 years ago. This year we will put together a winning team in a very short period, carefully considering the machine, rider and crew. We know we are on the right track since we won the Morocco and Merzouga rallies on our brand new CRF450 RALLY, and our team will do its best to achieve the ultimate goal, winning the Dakar. We appreciate all the support, and hope everyone will cheer us on as the team fights all the way to the checkered flag".