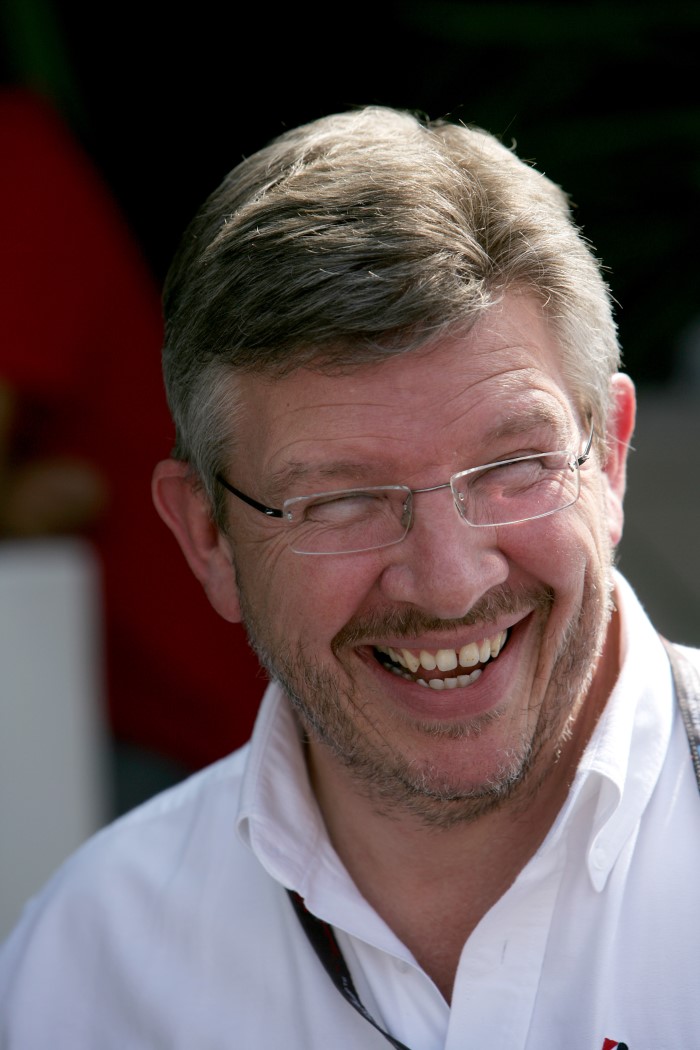 You could almost hear disheartened Ferrari fans’ prolonged sighs after Ross Brawn announced that he’d be taking a six-month break from Formula One.

Rumors of 59-year-old Brawn’s return to Ferrari gained momentum after his long-anticipated departure from the principal post at Mercedes was made official late last month. The chatter on social media and comment sections on news stories had Scuderia supporters immediately dreaming of a return to the glory days where scarlet cars won races at will and scored dominant world championships.

It was not to be – yet – but you can bet that most Ferrari supporters want Brawn to once again guide the sport’s iconic team. In his brilliant technical director hands, Brawn played a key role in Michael Schumacher’s success and the six constructor’s titles and five driver’s crowns in 10 seasons with the Maranello-based team. Along the way, Ferrari took 84 victories and 175 podiums in 171 races during the Brawn-Schumacher years between 1997 and 2006.

When they joined forces at Ferrari, Brawn and Schumacher already had a successful history together, as the Briton was also the technical director at Benetton when the German ace took his first two driver’s titles in 1994 and 1995. Brawn joined Ferrari a year after Schumacher left Benetton for the Scuderia in 1996.

While Ferrari didn’t completely collapse when he left, the numbers from the non-Brawn years pale in comparison. In the seven seasons after 2006, Ferrari has one driver’s title (Kimi RÃ¤ikkÃ¶nen in 2007) and two constructors’ trophies (2007, 2008) to go along with 29 wins and 97 podiums in 129 grands prix.

In recent years, Ferrari has arguably had the best racer on the grid in two-time world champion Fernando Alonso, but it just doesn’t seem to be able to deliver a car than can match its driver’s skill. While the machinery has faltered, Brawn may have been able to help Alonso and Ferrari score championships anyway, since giving the racers the necessary equipment is only half of his considerable genius. In many races with Ferrari, Brawn’s strategic abilities amazed his rivals and won the day.

Ferrari certainly could have used him on the timing stand in the final race of 2010, where it strategists misread the race and pitted Alonso to cover the wrong driver’s stop – a blunder that ultimately cost the Spaniard a driver’s title. Many Ferrari fans knew at the time that Brawn would never have made such a glaring mistake.

In addition to his Ferrari successes, Brawn took over Honda’s team in 2009 when the manufacturer exited F1, using his technical savvy to turn the team into a world champion. He did it by exploiting a loophole in the rules which allowed his outfit to deploy a downforce-inducing double diffuser that made the Brawn GP car almost unbeatable. Finding ways to make the rules work for him in a way other teams miss is another Brawn trademark.

To make matters even worse for Honda, Brawn struck a deal for the team that what was thought to see him pay $1 and have the manufacturer cover some of the bills for the 2009 season. In the end, the Japanese manufacturer watched the cars it paid to develop get Mercedes engines slapped into the back and then go on to take a title and the glory for Brawn GP, while it signed over an estimated $160-million check to keep the team going.

Brawn showed his financial genius when he quickly sold his world championship-winning outfit to Mercedes for about $190-million, which was a tidy profit on the $1 initial investment. In addition, Brawn GP made a profit of about $150-million in the 2009 season.

In all, Brawn has been a key part of eight drivers and constructors titles in the past two decades.

Although Ferrari fans would love to have him return, they may be disappointed again next summer, since Brawn is in the sights of several teams, including McLaren, which will be using Honda engines in 2015.

McLaren is in a bit of a drought itself, having won its last driver’s championship in 2008 with Lewis Hamilton. The Woking team could certainly use Brawn’s help after a troubling season this year where it failed to score a single podium for the first time since 1980.

The team that may end up kicking itself most is Mercedes, which signaled that it would let Brawn go by hiring Paddy Lowe away from McLaren at the beginning of 2013. When Lowe joined the team in June, it was an open secret that he would replace Brawn before the end of the year.

While Lowe is a proven technical leader in F1, Mercedes’ surge in 2013 – which saw it finish second overall in constructor’s points on the strength of three wins, eight poles, and nine podiums – saw the team make an unsuccessful late-season bid to keep Brawn around.

The team’s surge to second overall probably had Mercedes realizing that having Brawn on a close rival’s timing stand might not be the smartest move it could make.

Unfortunately for the “Silver Arrows," Brawn wasn’t interested in a lesser role with the team and walked away as planned.

Although his next move remains a mystery, one thing is for sure: Wherever he lands, success likely won’t be too far behind. Globe and Mail