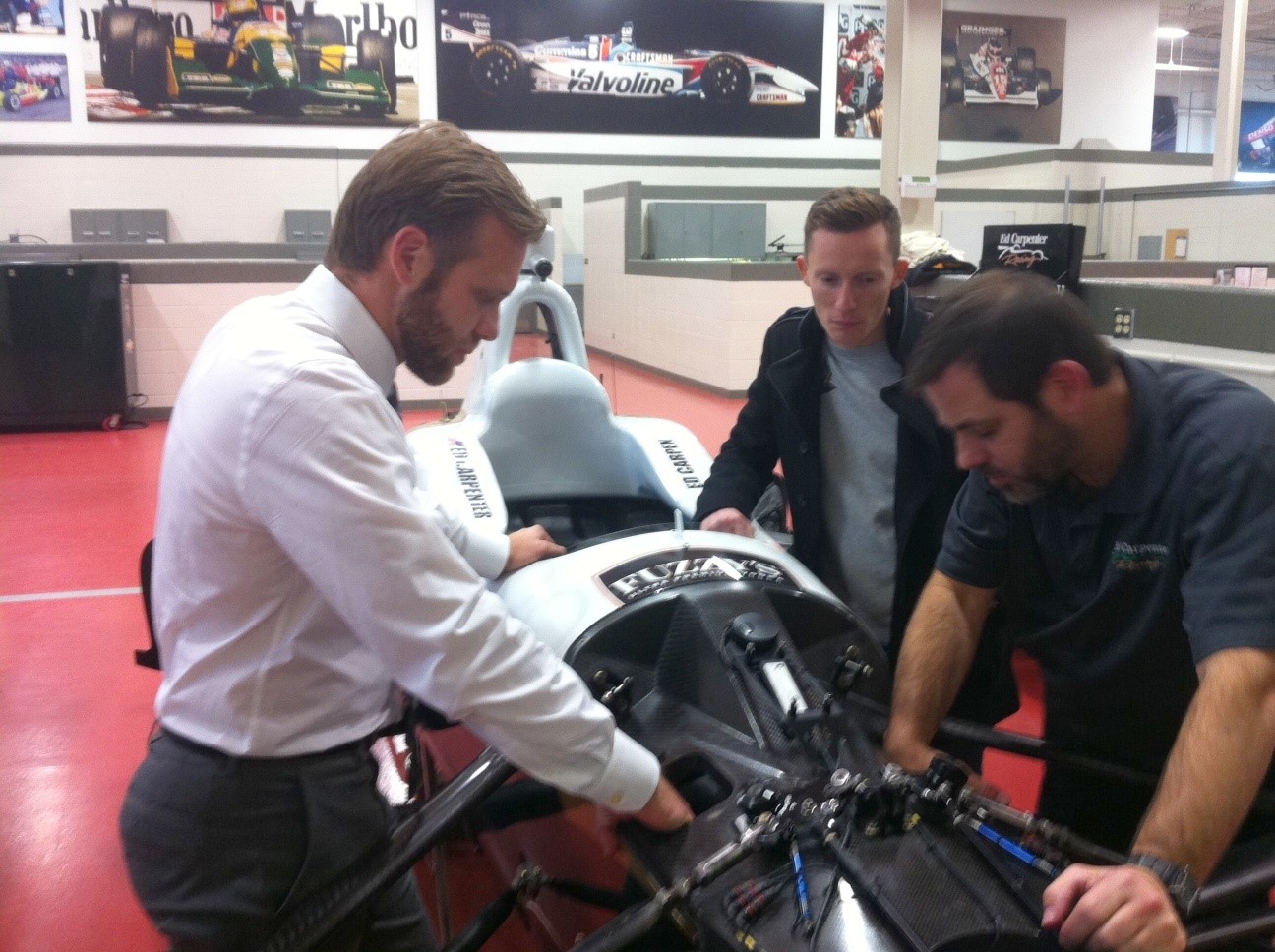 But Monday you could tell the England native was excited to be in the Ed Carpenter Racing headquarters as he prepares for his first testing run in the No. 20 Fuzzy's Ultra Premium Vodka Chevrolet next week in Sebring, Fla. Conway sat in the race car for the first time Monday as the crew worked to fit him in the machine for the upcoming Dec. 18-19 test.

Conway, the 2013 Detroit IndyCar Series race winner, returned to the IndyCar Series last year in impressive style as he dominated the opening round of the Chevrolet "Duals in Detroit" Belle Isle event. He also scored the pole position in the second Belle Isle race that weekend and placed third.

Now, the former Long Beach Grand Prix champion has set his sights on more road and street race victories in 2014. Conway was seriously injured in the 2010 Indy 500 and made a sensational comeback to win in the streets of Long Beach in 2011.

Last month, Ed Carpenter announced he was concentrating his driving in the six oval races next year and Conway would handle the controls of the No. 20 machine in the 12 road and street events in 2014 for ECR.

"I can't wait to get started with the ECR guys," said Conway, 30. "I'm very excited to run with a team like Ed's. I have worked with many of the crew guys here before and they have a very strong organization. This team should be a solid effort in 2014."

Carpenter also expressed his enthusiasm to having Conway on his team for the upcoming campaign.

"Mike is one of the top road racing drivers and we are very pleased to have him onboard with us for 2014," said Carpenter, also a two-time winner in the IndyCar Series. "As a team owner, I felt bringing Mike into our team would help elevate our operation to the next level. So I'll drive in the oval races and Mike will drive in the road and street events. We feel great about our program."

Conway is scheduled to run a two-day test at Sebring next week along with several other IndyCar Series drivers and teams on the track's short course layout.

"It feels good to run the IndyCar before the holidays," said Conway, who'll also drive selected sports car races in 2014. "I've never been able to test an IndyCar before the first of the year. So this opportunity next week at Sebring really has me excited. It will be my first chance to drive the Chevrolet engine also. I'm looking forward to that aspect of the test too."

In addition to his victory at Belle Isle in 2013, Conway was outstanding in the World Endurance Championship this year by co-driving to four race wins in the G-Drive/Delta-ADR LMP2 sports car.