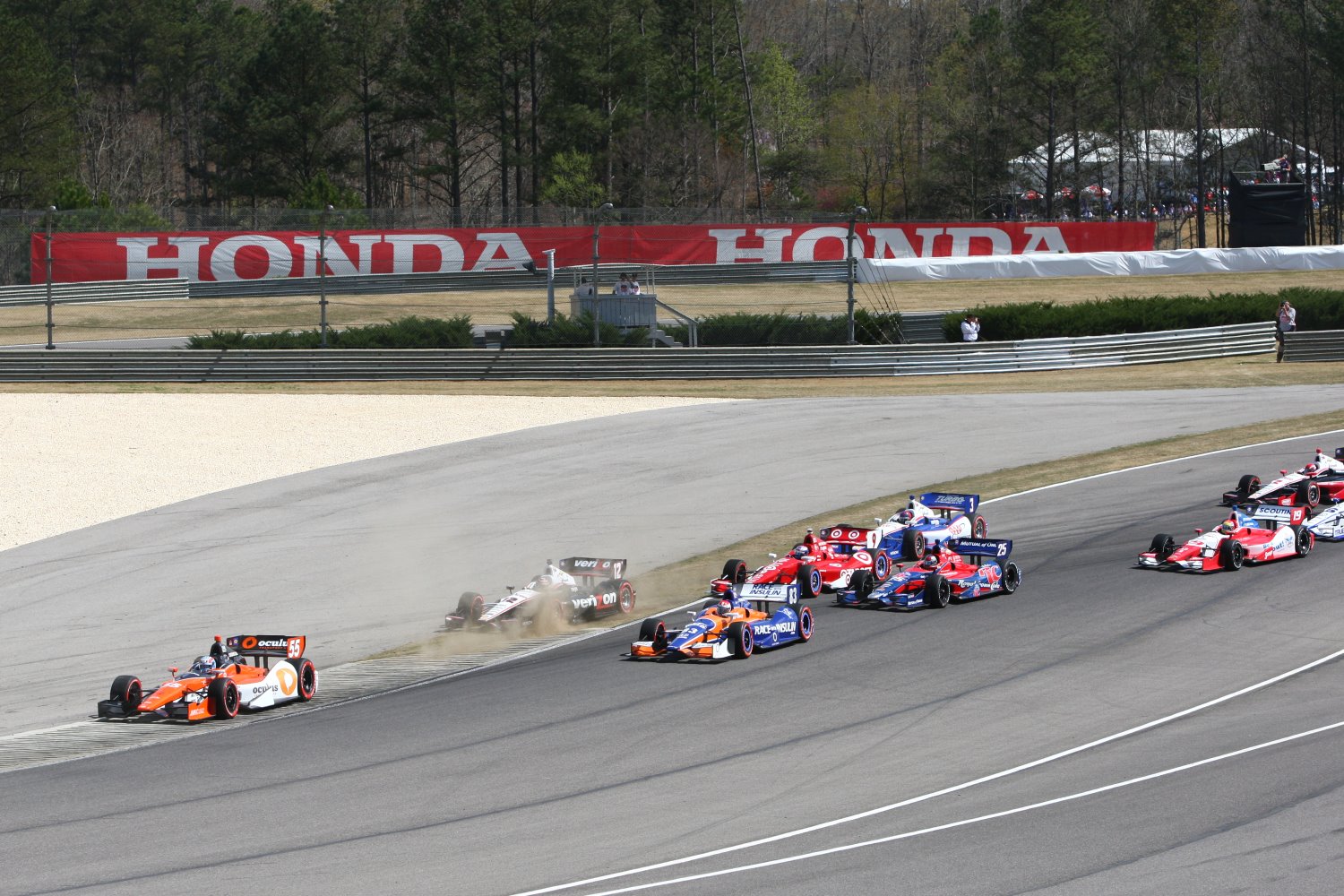 ZOOM Motorsports announced that tickets are on sale for the 2014 Honda Indy Grand Prix of Alabama race weekend, which will feature 11 races throughout the three-day weekend.
Tickets are available for sale at www.barbermotorsports.com.

The Honda Indy Grand Prix of Alabama is set for April 25-27, three weeks later than the 2013 event.

"This event continues to get bigger and better each year and with the addition of even more exciting on-track action, we couldn't be more thrilled for the 2014 race weekend," said Rick Humphrey, vice president of ZOOM Motorsports, the exclusive event promoter of Barber Motorsports Park. "We are already on track for our best event yet."

Throughout the three-day weekend, fans will see all of the big names in IndyCar racing as they take on the 2.38-mile, 17-turn circuit each day to prepare for the main event on Sunday, April 27. All of the stars of the IndyCar Series will be in action, including 2013 series champion Scott Dixon, Marco Andretti, Will Power, Graham Rahal and defending race winner Ryan Hunter-Reay.

The popular Legacy Indy Lights 100 returns, offering a second race for fans during the weekend. Highlighting the brightest up and coming talent in the Indy Lights presented by Cooper Tires series, these drivers compete with an ultimate goal of one day securing a seat in the IndyCar Series.

Returning after a year's absence, Pro Mazda brings the second step in the Mazda Road to Indy development series. These open-wheel, open cockpit racers are capable of 260 horsepower and top speeds of 170 MPH.

New to the Honda Indy Grand Prix of Alabama weekend is the first stage of the Mazda Road to Indy Series, USF2000. Built as an entry-level open-wheel training ground, these cars produce up to 170 horsepower and top speeds of 150 MPH. Indy Lights, USF2000, as well as Pro Mazda, will feature double-header races and will compete on Saturday and Sunday.

These series feature more everyday manufacturers that fans drive to and from work, including imports Honda, Audi, Volvo, Kia, and Porsche, as well as American-based Cadillac, Chevrolet and Ford. Pirelli World Challenge will offer fans four races throughout the schedule-packed weekend.

Beyond the races, children will likely enjoys the fan walks, kids zone and Ferris wheel.

Tickets for the fifth annual event are priced as low as $15. Children ages 12 and younger are admitted free with a ticketed adult.

In 2014, fans will also have the opportunity to purchase a new, upgraded hospitality option called CM's Trackside Tavern. CM's will be located trackside in the Red Diamond Fan Zone with views of six different turns of the racing circuit.

CM's will feature food from some of Birmingham's most popular restaurants including La Paz, Ezell's Fish Camp, Golden Rule Bar-B-Que, Michael's Restaurant, Catfish Junction and G-dogs. Along with one of the most exciting atmospheres at Barber Motorsports Park, CM's Trackside Tavern ticket holders will receive breakfast, lunch, afternoon snacks and three drink tickets to a full bar.

Fans can visit www.barbermotorsports.com to purchase tickets or upgrade to CM's Trackside Tavern.