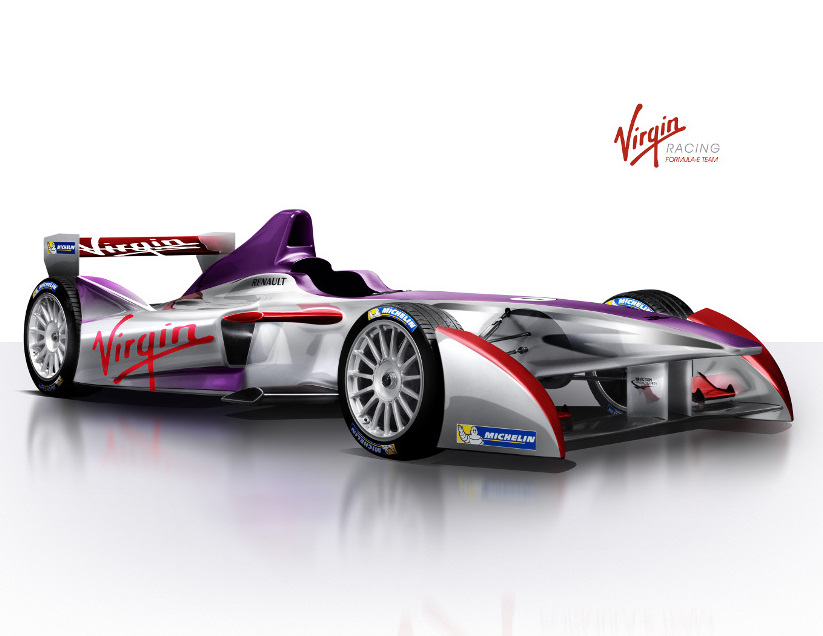 Virgin, one of the world's most recognized and respected brands, have today announced it will be entering a team in the new fully-electric FIA Formula E Championship after signing an agreement with series promoters Formula E Holdings.

Based in the UK, the Virgin Racing Formula E Team will be headed by Team Principal Alex Tai and has the backing of Virgin founder Sir Richard Branson. Both have been involved in a number of pioneering technology projects in aviation, space and more recently racing.

"The launch of the FIA Formula E Championship is exciting news for racing fans but also for those that believe in developing the great electric cars of the future," said Sir Richard Branson. "The need to create fast, dependable and durable race cars will help to accelerate the sector and showcase electric cars to a large global audience. With races around many famous city centers, I am expecting a lot of spectators, plenty of fun and some sparks flying as the competition heats up."

Virgin will now be put forward to the FIA for final approval as the ninth of ten teams to enter the new zero emission championship, racing in 10 city-centers around the world. They join IndyCar outfits Andretti Autosport and Dragon Racing, Asia's China Racing, Super Aguri and Mahindra Racing, and European squads Drayson Racing, e.dams and Audi Sport ABT.

Team Principal Alex Tai said: "I'm absolutely sold on the concept of Formula E and believe that it is a great fit for the Virgin brand. The accessible nature of the series with its races being right in the heart of our great cities, should create a wonderful atmosphere.

"The drive to develop new technology appeals to Virgin, which has always been a pioneering organization. I've been fortunate to have been involved in a number of such activities over years, from the Virgin Atlantic GlobalFlyer to Virgin Galactic activities that push technological and human boundaries and capture people's imagination.

"We have hugely exciting plans and over the next nine months will be revealing new parts to our story on a regular basis, so I'd ask fans and the commercial world alike to ‘watch this space.'"

Conceived in 1970 by Sir Richard Branson, Virgin is a leading international investment group which has gone on to grow successful businesses in sectors ranging from mobile telephony, travel, financial services, leisure, music, holidays and health and wellness.

Alejandro Agag, CEO Formula E Holdings, said: "It gives me great pleasure to welcome Sir Richard Branson and the Virgin Team to Formula E and for them to have chosen the FIA's new global electric race series to make their return to top-flight motor sport. Having a global brand like Virgin, renowned for their technological innovation and sporting passion, as one of our ten teams is a fantastic addition to the championship and shows their commitment to sustainable mobility.

"Today's announcement now means we just have one team left to announce before the grid for the inaugural 2014/2015 Formula E season is complete."