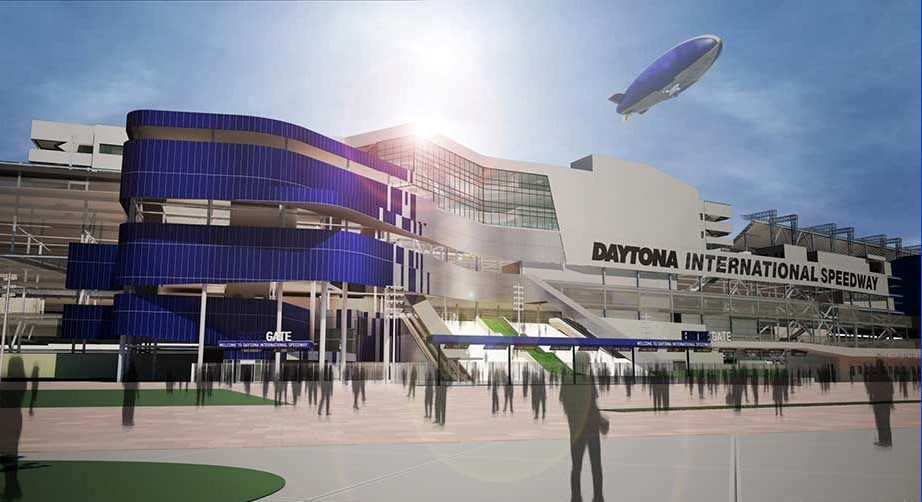 One day, the rebuilt and improved Daytona International Speedway may be the world center of more than just racing.

"NASCAR is always going to be our primary revenue driver, but we're going to look at some other things," Kennedy said Tuesday at the NASCAR Motorsports Marketing Forum, which kicked off Champion's Week.

"International soccer friendlies, for instance. Might want to host some of those, or concerts. It's going to be more flexible than the current speedway that we have, and it's going to offer a lot more options. We are also in discussions with several universities about NCAA football. That might be kind of exciting."

The Daytona Rising project promises to reinvent the 2.5-mile speedway, creating a far more modern facility that will open with 101,500 seats and be expandable to 125,000. Kennedy said the track's current backstretch grandstand will be torn down after the 2015 Daytona 500, and the rebuilt venue will feature improved amenities such as 1,600 video screens, seats with armrests and cup holders, and three times the current number of restrooms.

Kennedy said ISC is still researching the idea of hosting football games, something Bristol Motor Speedway will do in 2016 when Tennessee and Virginia Tech play at the half-mile facility. The new Daytona will include an entertainment area across the street, and improved connectivity within each of the "neighborhoods" that will be used as gathering areas inside the track.

"Today's fans also want the latest in technology, and Daytona is no different," she said. "In addition to the WiFi we will have in each neighborhood, we're also going to be installing additional infrastructure to support 4G services. How often do you go to a sporting event or an event of another type, and you're not connected to the outside world? It's just not a great experience. People don’t like that. I don't like that, I know that much, and we're going to change that."

Kennedy said the rebuilt Daytona, which will be completed in time for Speedweeks in 2016, will "redefine motorsports entertainment in North America." The project, five years in the planning, is also slightly ahead of schedule.

"We looked at renovating it, and we looked at the approach we're taking," Kennedy said. "We said to really get where we need to be, we're going to have to start over." nascar.com