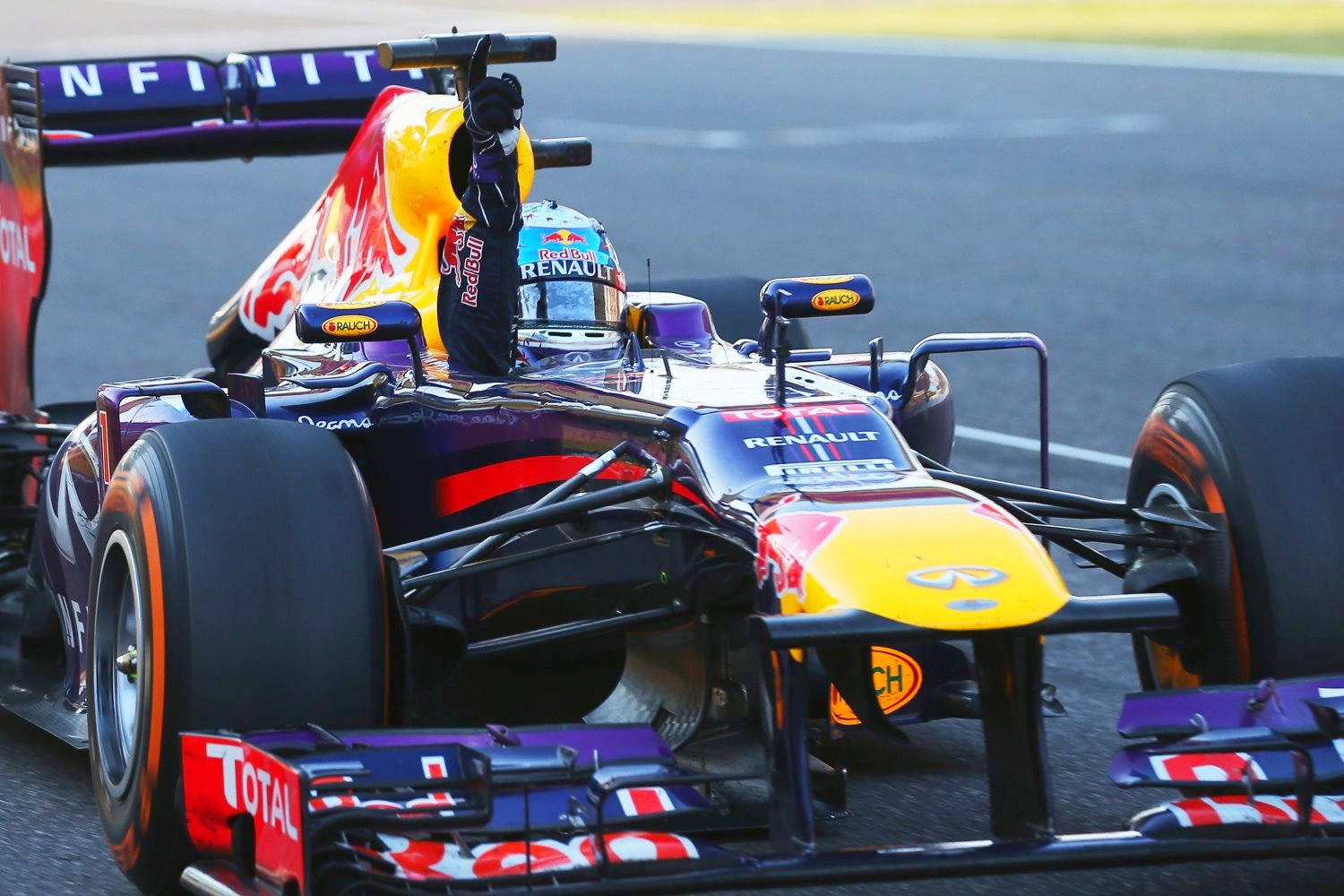 2014 will see a complete overhaul of the engine regulations, requiring a chassis redesign within a set of heavily tweaked aerodynamic regulations. But Horner said his chief technical officer Adrian Newey will still use concepts from the car that won 13 of 19 races this year.

"I think Adrian would describe it as RB10 being a cousin of RB9," he said. "There are elements that are going to carry over and the DNA of RB10 will come out of RB9. Of course, it's a much different engine and exhaust solution, but aerodynamics are still going to play an important role next year."

Horner said one of the concerns for next year would be reliability with the new powerplants needing much more cooling.

"The engines are the big unknown next year. All the manufacturers are probably struggling with reliability because the units have got to go so much further than the V8s, plus the complicated electronics on the car and a big turbo – it's a completely different form of racing. I think they've come up with the most complicated type of engine you could have dreamt up and it's certainly bloody expensive."

Asked what the chances are of making the finish line at the first race in Australia, he said: "I should think for every team in the pit lane it's 50/50 at the moment." ESPN.co.uk