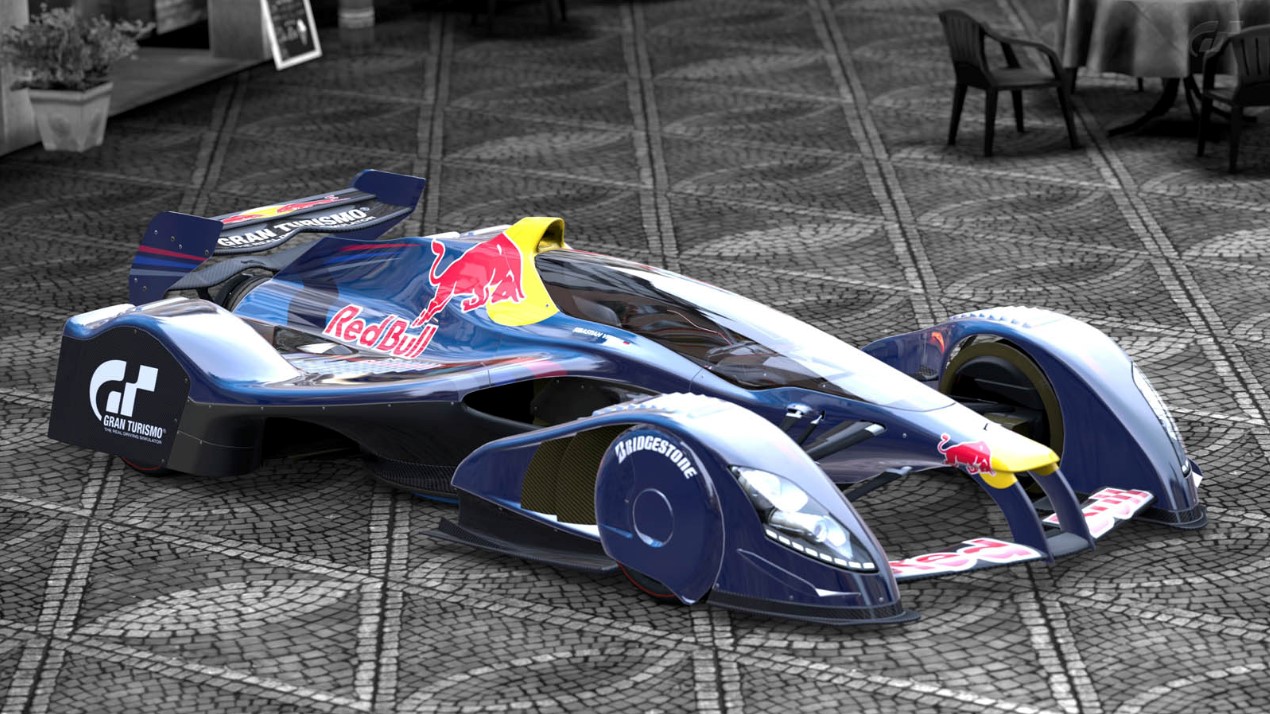 Reader Mike Earle takes it one step further, Dear AR1.com, IndyCar needs the sexiest car on the planet racing on tracks all over the world including a heavier focus on NA. Good for red bull, good for the sport of IndyCar racing, an amazing show for the public, and add in some celebs and bingo… we are back in business as the coolest form of motorsport on the planet. Red Bull with private equity support and this can be done. First year teams would need to have two cars 'given' to them to get started. Original founding teams get the benefit of the free chassis offer to mitigate the risk of participation in a brand new series. Grid is full with high end teams who have previous experience in fielding professional packages, series generates immediate interest as the car is highly unique which in turn will help broadcast TV get on board. If the Hulman family was to sell the name and series there would still be a 500 and they could have a seat on the new board (just as they demanded in the era of cart and Tony George).

The Hulman family begins to return to profitability on the back of the speedway and the series is left to run as a profitable venture…. Preferably NOT on the back of sanctioning fees which we all know is not sustainable and simply does not generate enough to make the series profitable on its own. Needs to be all backed by sponsorships, merchandizing, advertising, and engine/tire manufacturers looking for a marketing vehicle eon the back of an R&D effort.

Red Bull spends buckets in F1, but they need to generate more interest in NA and markets where F1 is not running. If Red bull were to put their marketing might behind this, the private equity guys would likely line up behind the effort. Running some initial napkin math, the series could get launched with as little as 60M (including 48 chassis to initial teams assuming a loaded cost of about 1M per car to incorporate the initial R&D to get the first chassis in production and tested) from there the marketing comes form Red bull and the chassis prices drop significantly as the initial design and prototype phases are complete and they are just producing new chassis from the original tooling and design.

Further reduce the cost of participation by turning the manufactures into a cist reduction of the complete package as opposed to paying them for same. Today engine leases and tires eat a significant amount of a teams operating budget. In this model the manufactures 'provide' the engines and tires at no cost in order to reap the marketing benefit of same by virtue of their participation.

Add in the cost of buying the series from Hulman and Co and Red Bull and private equity could have the next F1 success on their hands for less than $500M ( a relatively small amount in today's PE environment. All about packaging and making it so wildly unique it can’t be ignored, and that starts with this radical car that the gaming community is already excited about (and there comes your casual fan and younger demo all at once)

Cities would 'apply' to host a round and the top ones (in critical markets NYC, LA, Toronto, Mexico City, London, Buenos Aries, etc) get preference as it relates to series stature. No sanctioning fees charged (like F1) , all the city has to do is create and maintain the temp street circuit and the series shows up and collects the gate (providing their own promoters working with local staff). Cities are no longer burdened with the high risk ( and likely voter dissent) of a 30M plus fee to someone like Bernie, and get the benefit of the tangential economic benefits of hosting the event once per year (far easier to get money approved to construct a track as opposed to paying a sanctioning fee). Series gets the track in ready to race condition and just needs to get the show to the facility. Will be enough revenue from the gate to pay travel and logistics and if anything left the series and the teams split the profits 50/50 after transportation costs and promotion costs are paid to the series. This way teams are motivated to participate as they generate potential new $$ from each event and the series gets mass exposure and revenues with continued growth.

Where this series chooses to race is also critical… this needs to be a heavy mix of street circuits… make the cars street fighters with 'pilots' as opposed to drivers. Take the show to the people, make it feel like racing in a video game, and this gets very interesting indeed. I am almost inclined to begin some discussions with some high end PE folks to explore the appetite for this

11/28/13 A reader writes, Dear AR1.com, The Hulman family is clearly not a good steward of the IndyCar series and it is time for someone to buy it from them and make the right moves to ensure the sport of open when racing in North America grows.

Someone needs to step in and buy the series, move all races to network TV, start promoting tracks and events that will see good attendance and growth, and work the younger demographic to ensure sustained growth. The university idea put forth by AR1.com is solid. New owners need to work with both video game developers and Hollywood to make the sport 'sexy' again.

Hollywood and the music industry both have the ability to add the cool factor, and quickly. Making sure a few well know and attractive celebs are seen at the races and possibly in a car will bring casual fans in to round out the small group of us diehards. The red carpet approach can have the fastest and most compelling reach to get the sport back in the public eye and add in the 'it' factor similar to how Bernie Ecclestone plays F1. The current ownership simply does not get it and likely never will so long as their only motivation is the 500.

Sell baby sell. Now, question is who would ever step up and make an offer, and one that would be compelling enough for the current owners to sell? Who has the motivation to take this thing and turn it for their own gain and for the gain of the rest of us who love the sport?

Car manufacturers? Private equity looking to emulate F1? Media company looking to create new TV properties (to rival nascar and have new original programming around a sexy dangerous sport), current team owners (yes I know that would be another civil war and be poorly run in the end), NASCAR (looking to broaden their appeal by adding in something 'fresh' to the mix to turn rating around), etc.?

Just imagine a re-thought series build around a car like the red bull X1 platform, or in another vein, a series that harkens back to run what you brung where we would see both major manufactures and small independents creating cars within a spec to compete against each other; a David and goliath battle of intellect and execution with multiple engine and chassis and tire manufactures going head to head…. I can dream but I am confident none of that potential excitement will EVER happen so long as the current ownership is in charge.