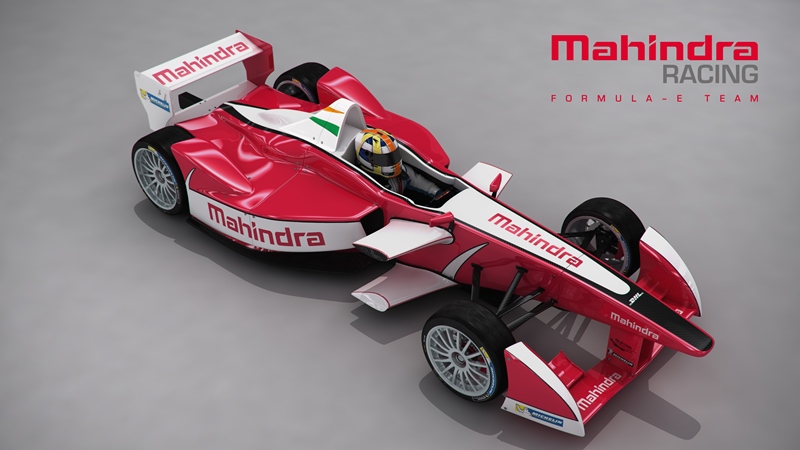 Mahindra Racing will enter the new Formula E electric racing series next year with ex-Formula One racer Karun Chandhok set to drive for what will be the only Indian team on the grid.

The $16.2 billion Mumbai-based Mahindra Group said on Thursday it had signed an agreement with Formula E Holdings to join the series starting in China in September, with races in 10 leading cities including Berlin.

Mahindra are the eighth team to be announced so far.

"We strongly believe that Formula E can provide an excellent global showcase for our electric vehicle technology," group chairman and managing director Anand Mahindra said in a statement.

"With advanced operations and expertise in electronics, IT, automotive technologies and manufacturing, we are already seeing the fusion of this technology into our electric vehicle operations," Anand said.

"Racing will further accelerate that trend while Formula E is set to raise awareness globally about the benefits of electric vehicles."

Chandhok, who raced in Formula One with now-defunct Hispania (HRT) and Team Lotus and has also competed at Le Mans, told Reuters he was in advanced talks with Mahindra to drive for them.

"The first priority was to get the team launched," he said. "Formula E is a very interesting new concept so we'll see if we can close something out in the weeks to come.

"It would be nice to have an Indian driver in the only Indian team on the grid," added Chandhok, who said there would be no clash with any World Endurance Championship events.

Mahindra Racing is no stranger in motorsports, having joined MotoGP in 2011.

"We are very proud to have a major global company like Mahindra join the FIA Formula E Championship," Formula E Holdings chief executive Alejandro Agag was quoted as saying in the statement.

"Adding a manufacturer from India to what is already a real global mix of teams is fantastic news for the series. Everything is coming together very well and we look forward to presenting all 10 teams to the FIA World Motor Sport Council next month."

India has a Formula One team in Force India but there is currently no Indian driver on the F1 grid. Reuters