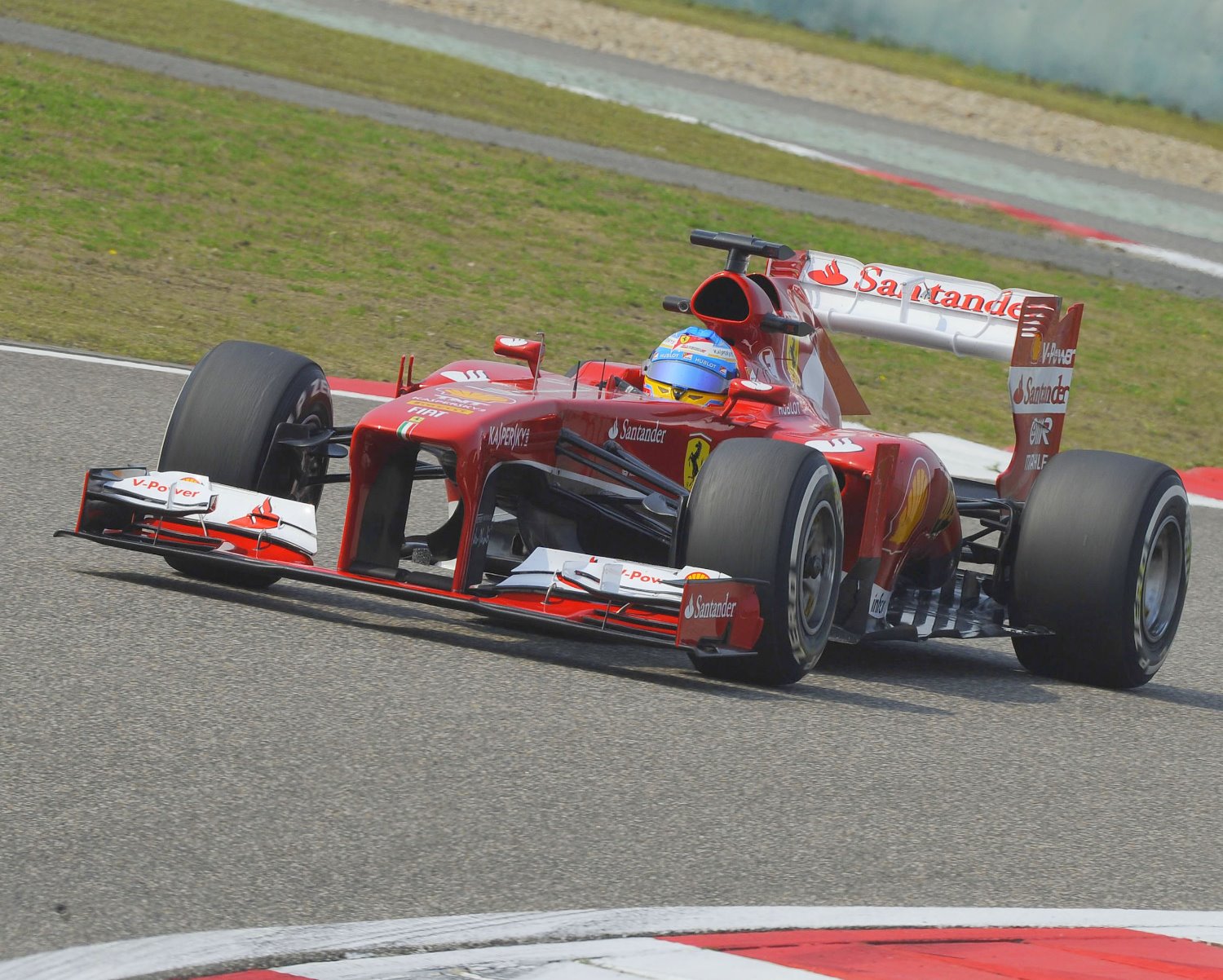 LG, the electronics brand, has announced it is ending its five-year relationship with the sport.

"LG would like to thank the many organizations, teams and individuals it has worked with during its time in F1," the South Korean multinational said in a statement.

LG Electronics (LG), a global leader and technology innovator in consumer electronics, will be refocusing its sponsorship strategy towards regional platforms from 2014 onwards, following an extremely successful five-year relationship with Formula 1 as a Global Partner and a Technology Partner.

In that time, LG has enjoyed year-on-year growth and has been the most visible brand in the global broadcast of Formula 1 racing for the last three years, with a recorded 229,784* seconds of exposure achieved since 2010.

During its five-year partnership with Formula 1, LG has enjoyed seeing F1 broadcast in HD; the consumer electronics giant also worked with F1 in Schools, F1 Rocks as well as the Global Fan Survey and the LG Moment of the Year campaign in partnership with F1 Racing.

LG would like to thank the many organizations, teams and individuals it has worked with during its time in F1, such as:

PDVSA-backed Maldonado, a grand prix winner, is the powerful 'pay driver' on the move, reportedly with EUR 40 million in tow and on the lookout for a new team after his Williams split.

It is believed that if Lotus' 'Quantum' investment deal falls through, locking the highly-rated Hulkenberg out, Maldonado is in pole position to replace Kimi Raikkonen in 2014.

But Maldonado muddied the waters at Interlagos on Thursday when he told reporters he might not be taking his PDVSA millions to his next team.

"For sure they've been supporting me for a while but maybe they don't want to continue," he said.

Maldonado, whose claims he is in the running even in PDVSA's absence raised eyebrows in the paddock, named Lotus but also Sauber and Force India as all "good options" for 2014.

Few, however, believe that, in a straight fight, teams would sign an unsponsored Maldonado over Hulkenberg. Indeed, on Thursday, German Hulkenberg admitted there was a "danger" money matters would leave him without a seat in 2014.

Fernando Alonso, regarded by many as the best driver in F1, said it would be wrong if that happened.

"He (Hulkenberg) is one of the best guys in the field," the Spaniard is quoted by SID news agency, "and not just in the last few weeks.

"He really has a great talent," Alonso added.

TV pundit Eddie Jordan predicted weeks ago that Hulkenberg would eventually be signed by Force India. On Thursday, rumors that a two-year contract is now on the German's table did the rounds at Interlagos.

Hulkenberg, it seems, would not replace his countryman Adrian Sutil, as the German grinned broadly on Thursday when asked about his future.

It is Paul di Resta who is openly worried, and now more strongly linked with his newly-retired cousin Dario Franchitti's Ganassi seat in IndyCar than a future in F1.

"I've openly said I would discuss it with Dario," the Scot is quoted by Britain's Sky. "I wouldn't rule anything out."

Force India deputy boss Bob Fernley said the Silverstone based team will not decide its 2014 driver lineup until December.

Further down the grid, Frenchman Charles Pic on Thursday admitted his future at Caterham is not assured. "I think there are still many seats available," he said.

The BBC reported that Swedish GP2 driver Marcus Ericsson could make his F1 debut for the green-colored team in 2014.

Ecclestone, F1's long-time 'supremo', is currently locked in legal battles amid a corruption scandal, with F1 owner CVC this week admitting a conviction could result in him being ousted.

But he is famously close to 83-year-old Ecclestone, who on Thursday named Horner as the "ideal" man to reign in his stead.

"Christian would be ideal for my job," Ecclestone is quoted by the Daily Mail.

"I would be happy to hold his hand. We could have a transitional period.

"It needs someone who knows the sport," Ecclestone explained. "If someone comes in from outside, a corporate type, I don't think I could work with them. It wouldn't last five minutes."

Ecclestone added that he knows Horner well and trusts him: "I hope we can do it," he said.

Webber gets early release for new Porsche era
(GMM) Mark Webber will waste no time at all before leaping into his new Le Mans career.

Normally, F1 drivers remain under contract until the end of the calendar year, but the reports said Red Bull has given Webber, who has already had a seat fitting at Porsche's Weissach facility, "an early release".

"We are very lucky that Mark will join us one day after the formula one race in Sao Paulo," Porsche chief executive Matthias Muller confirmed.

"I met him last week when he had the seat fitting. We are very happy to have him," he said.

News Limited speculated that Webber's early release could have been helped by a new personal sponsorship deal between the 37-year-old and Red Bull, for whom he drove in F1 for the past seven years.

Muller said Webber will also get an early start to his Porsche testing duties: "I suppose it is in December," he revealed.

But before that, in Brazil, Webber will spend one more race alongside his ultra-successful teammate Sebastian Vettel.

On Thursday, the German ruled out righting the wrongs of the 'Multi-21' team orders affair by gifting Webber a farewell win.

"Mark is a sportsman and he doesn't want a win handed over to him," said Vettel.

"People tend to forget how successful we have been," he added. "We've been one of the strongest pairings in F1.

"Obviously we didn't have the best relationship on a personal level, but both of us have tried very hard to improve the car.

"The fact that he will not be around next year will surely be a loss for the team and a loss for myself.

"I've learned a lot from him and I can stand up straight and say that there have been many times and places where I've benefited from him. You could say the same thing the other way round," added Vettel.

Alonso to respond to Montezemolo rating 'on the track'
(GMM) Fernando Alonso has opted not to respond to his boss Luca di Montezemolo, after the Ferrari president gave the driver "eight out of 10" for his 2013 season.

Earlier, Alonso said he was proud to have secured the runner-up spot behind dominant champion Sebastian Vettel this year, despite the Ferrari not being the second fastest car.

Alonso and Montezemolo have had a fraught relationship this year, in which the driver had his ear "tweaked" for being publicly critical, and Alonso flirted with moves to Red Bull and McLaren, despite his ongoing contract.

Now, after Montezemolo said this week that Alonso's performance could not be rated a perfect 10, the driver was asked by Spanish reporters in Brazil what rating he would give himself.

"I do not give a rating," he insisted, according to EFE news agency.

"I did my job and I hope that it is valued as much as possible."

AS sports newspaper quotes Alonso as adding: "I like to talk on the track.

"But I am proud of this runner-up (position) because I did it with the seventh or eighth (best) car on the grid.

"Last year I was more sad because I lost it (the title) in the last race, but this year I am more proud of my achievements."

When told about Montezemolo's ranking of just 8 out of 10 for Alonso, Spanish rally legend Carlos Sainz responded: "What rating was Massa given!?

"Well, it's too low a rating," he told El Confidencial newspaper. "I think Fernando did a '10' season."

Meanwhile, Alonso admitted on Thursday that he almost had to sit out last weekend's US grand prix due to back pain, headaches and dizziness.

"I am ok now," he is quoted by La Gazzetta dello Sport, "but had there been a race the week after Abu Dhabi, I definitely would not have been able to drive.

We reported last week that 2013 race promoter ADAC, the Allgemeiner Deutscher Automobil-Club, had submitted a non-binding offer to buy the fabled but insolvent circuit.

But Speed Week reports that ADAC's offer was only for the circuit, not the theme park and connected commercial area, which would be demolished.

"We have not been approved for the next step of the bidding process. We were told only that our offer was considered too low," he revealed.

Kovalainen responds to Briatore criticism
(GMM) Heikki Kovalainen has responded to his former manager Flavio Briatore, after the Italian claimed Lotus should not have signed him.

Drafted in to replace the injured Kimi Raikkonen for the last two races of 2013, fellow Finn Kovalainen initially impressed in Austin last weekend but finished the US grand prix a disappointing 15th.

Briatore, Kovalainen's former manager and Renault team boss, reportedly observed that Lotus clearly got its choice wrong, and should have promoted reserve driver Davide Valsecchi instead.

When told about Briatore's remarks, Kovalainen said in Brazil on Thursday: "I don't have any problem with Flavio.

"I don't want to have a fight with him," he told Turun Sanomat newspaper.

"He said what he said and as an Italian, he is clearly of the opinion that Valsecchi should be driving. I can understand that.

Kovalainen revealed that Lotus engineers initially thought he had struggled in Austin because of a broken wing.

"Only later it became clear that it was a bag stuck in the right front brake duct," he said. "The aerodynamics were affected really badly," he added.

Kovalainen said he has been impressed with the performance of Lotus' 2013 car.

"I'm not surprised that Kimi has had such good results with this car," he said. "You can tell right away that the balance is really good and the package is strong overall."

Insiders say the transition between the V8 era and the beginning of the turbo-powered era next year is perhaps the biggest rule change in F1's entire history.

Spaniard Alonso said he has tried an early version of Ferrari's 2014 car in the team's Maranello simulator.

"When I tried it for the first time, it was really difficult to drive," he is quoted in Brazil by the correspondent for Italy's Autosprint.

"But each new simulation changes everything," added Alonso, "so I am sure it will be very different by Melbourne."

Brazilian Massa, despite the fact he is joining Williams for 2014, revealed he too has tried next year's Ferrari in the simulator.

"It's a different world to this year," he said. "There is so little grip, it's like driving in the rain."

As was the case in 2011 and 2012, drivers will be able to use the overtaking device on the run between Turn 3 to 4, following a detection point at Turn 2. For 2013, a second area has been added along the main straight, with a separate Turn 13 detection.

Only the Monaco and Japanese races have featured one DRS zone this season.