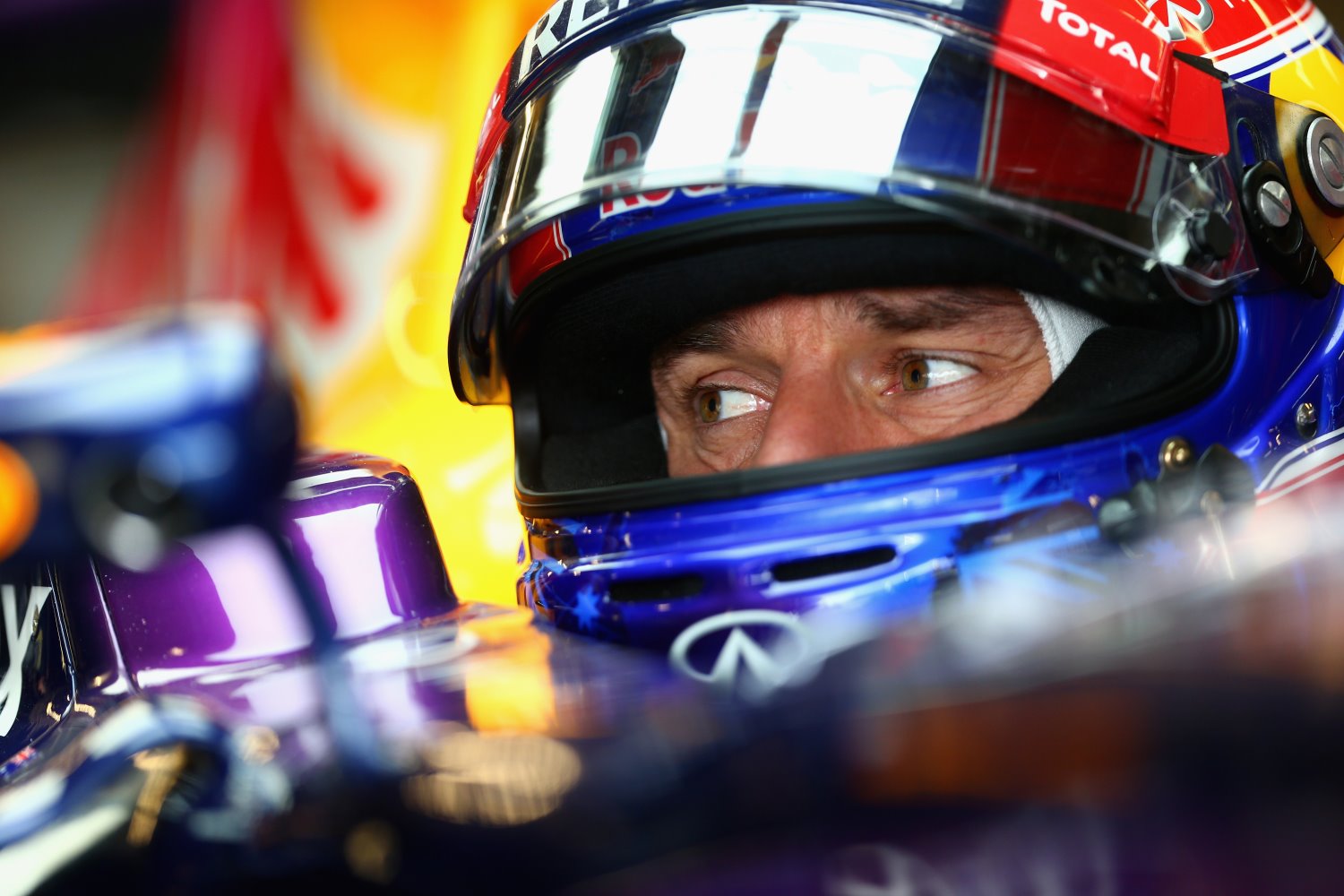 Montezemolo gives Alonso '8 out of 10' for 2013
(GMM) Luca di Montezemolo has given Fernando Alonso "eight out of ten" for the Spaniard's 2013 season.

While the Italian team is struggling to hold third position in the constructors' championship, and Felipe Massa is just eighth in the drivers' standings, Alonso last weekend sealed the runner-up spot behind Sebastian Vettel.

The Spaniard said this week: "I am proud, because we clearly do not have the second fastest car. So finishing second is a great reward for me."

However, Alonso has had a somewhat fraught relationship with Ferrari this year, amid critical comments and rumors he toyed with moves to Red Bull and McLaren.

Montezemolo insisted he is not making excuses, but he said Ferrari "paid a big price" for Pirelli's mid-season tire specification switch.

He is also happy F1's rules are changing radically for 2014.

"I am very happy to change rules, because I don't like formulas where aerodynamics makes 90 per cent of the performance," said di Montezemolo.

Probably giving Alonso a higher ranking than 8 is Ferrari's team principal Stefano Domenicali, who said the Maranello team "owes him a lot".

"And next year, we must do all we can to provide him and Kimi with what they need to win."

But Alonso has admitted he is worried even the radical new rules next year, which many believe will be a clean slate for the pecking order, will not stop Red Bull's dominance.

"Red Bull has a one second (per lap) advantage," he is quoted by the BBC, "so they can put whatever exhaust blowing or engine in their car and they are still on pole."

Di Montezemolo had to "tweak" Alonso's ear earlier this year amid a spate of critical remarks, but Domenicali said he can understand the frustration.

"If you are not able to give a good car or a fast enough car to a driver who is always fighting like hell, it is very important that we focus on how we develop the car in the future," the Italian added.

Ferrari says Raikkonen injury 'no problem'
(GMM) Ferrari insists it was aware of the extent of Kimi Raikkonen's back problems when the Finn was signed up for 2014.

The deal was announced in early September, which was before the Singapore grand prix, where Raikkonen admitted he was taking pain killers.

And the 2007 world champion, who is replacing the Williams-bound Felipe Massa, is currently recovering from surgery that has forced him to miss the last two races of the season for Lotus.

Asked by the British broadcaster Sky if Ferrari knew about Raikkonen's problems, which reportedly date back a decade, boss Stefano Domenicali laughed: "Of course we know the situation.

"With the specific situation of Kimi there will be no problem at all," he added.

However, former F1 driver David Coulthard has revealed that the latest "joke" in the paddock is that, given Romain Grosjean's increasingly impressive performances, "Ferrari have signed the wrong Lotus driver".

The Scot, though, is not convinced the joke has merit.

"Let's not forget that in their two years as teammates with equal opportunity, Raikkonen has been in front of Grosjean in the championship, and he is going to finish there this year despite Raikkonen missing these last two races," Coulthard, now a television commentator, wrote in his BBC column.

"So Grosjean deserves credit where it's due based on the here and now, but world champions deliver over an entire season, and Grosjean has yet to do that."

Meanwhile, Ferrari's Fernando Alonso says he is finally back to full power after his back problems, having struggled through the Austin race weekend with headaches and dizziness and admitting he was "tired" afterwards.

"I finally returned (to) training without back pain," he told his Twitter followers, adding a photo of a hotel treadmill session.

Di Resta admits IndyCar switch an option for 2014
(GMM) Paul di Resta has admitted he might consider a move to America's premier IndyCar series for 2014.

We reported last week that the retirement of the Scot's famous cousin, Dario Franchitti, could have opened up the top Ganassi seat for di Resta in 2014.

After three years in F1 with the Silverstone based team, 27-year-old di Resta is struggling to hang onto his Force India seat.

Di Resta said F1 remains his top priority, but he is also not ruling out continuing his career elsewhere.

"I built a good reputation in DTM," he is quoted by the Guardian newspaper, "and there are other opportunities in a few other series."

Referring to IndyCar and his cousin Franchitti, di Resta continued: "I've always been slightly concerned about the safety of it, but sitting down and looking at it logically, it's a serious option to look elsewhere because of the success he has had."

It remains to be seen if Perez is really a contender for di Resta's Force India seat.

The Mexican says he may not be interested in staying in formula one beyond this season if it is with a small team.

"Yes, McLaren is helping me find a place," he is quoted by France's L'Equipe, "but it is not easy to find something that motivates me enough to stay in F1."

Petrov 'has the budget' for DTM move
(GMM) Vitaly Petrov has admitted he could switch to the German touring car series DTM in 2014.

The Russian has been looking to return to formula one, having lost his Caterham seat at the end of last season.

"I have contacted Mercedes to find out their situation (regarding DTM)," Petrov told the Russian publication Championat. "I also know the situation in BMW.

"You could even say that I have the budget for DTM," he added.

Petrov, 29, said arranging his return to F1 is more of a "headache", but insists the pinnacle of motor racing remains his top priority.

However, Championat said Petrov is also set to imminently test a rally car.

Asked what his chances are of a return to F1 for 2014, he answered: "Basically the same as before. I am talking and waiting.

"Obviously the Williams seat is gone, but I am still talking with three teams," revealed Petrov.

After a poor qualifying in Austin – the first race since the Venezuelan's decision to leave the Grove based team was announced – Maldonado said he suspected mechanics had tampered with his tire pressures and temperatures.

"Sure, it was wrong of me to say it," he is quoted by Speed Week, "because for three years I respected them, and they respected me.

"I was stressed on the first weekend after the announcement that I am leaving the team," explained Maldonado, who has been linked with a move to Lotus.

"You come to the end of the season and you are stressed, but only because I want more and I want to give 100 per cent, but I'm limited by the car.

"Sometimes you say more than you should," he added.

He insisted he has "a few very good friends" at Williams, who are "perhaps the only friends I have in formula one, and together we had maybe the best time of my career, but perhaps the worst.

"It was not easy for me to leave the team because I have very good friends here," Maldonado continued.

"There are certainly people who I do not like and maybe they don't like me too. This is a family, and there can always be differences.

"Now it's too late and I'm leaving, but I wish them the best," he added.

No gifted win as Webber bows out in Brazil
(GMM) Mark Webber will not be gifted a tenth win as he bows out of formula one in Brazil this weekend.

The 37-year-old Australian's long grand prix career will end at Interlagos, but even the temptation to right the 'Multi-21' wrongs would not convince teammate Sebastian Vettel to voluntarily end his winning streak and move over for Webber.

And, anyway, "Mark would not want to be gifted a win," Red Bull team boss Christian Horner said.

"It would be great to see him win his final race, what a way to sign out," he added.

But Horner said Vettel, who ignored a team order in Malaysia and passed Webber for an unpopular and highly controversial victory, will be focused on chasing his ninth consecutive win.

"Sebastian is going to be going for that record as well and as usual it will be a straight fight between the two of them," he said.

There will be a lot of 'lasts' in Brazil this weekend. The last race of the V8 era. Felipe Massa's final grand prix in red. McLaren's last with Vodafone branding.

Webber is typically blunt. "You have to let go," he said.

"You can't be half pregnant!" he told F1's official website. "You do it (stop) or you don't. And do something else," added Webber, who is moving to Le Mans with Porsche.

"I accept that I am a not super young anymore," added Webber. "Most of the decision is for the off-track stuff. You want to have more balance away from the racing."

He admits his battles with Vettel, on and off the track, have often been fraught, but he is not bitter. His biggest regret is being narrowly beaten to the 2010 crown.

"But that's life," said Webber. "If you shoot for the stars you sometimes miss.

"The category (F1) has changed quite a bit in the last few years, I've done what I can but there comes a point where it's not what it once was — it's a little bit different," he told reporters last week in Austin.

"When I step out of the car for the last time I will be fine with it. Back to the UK Sunday night, walk the dogs on Tuesday morning."