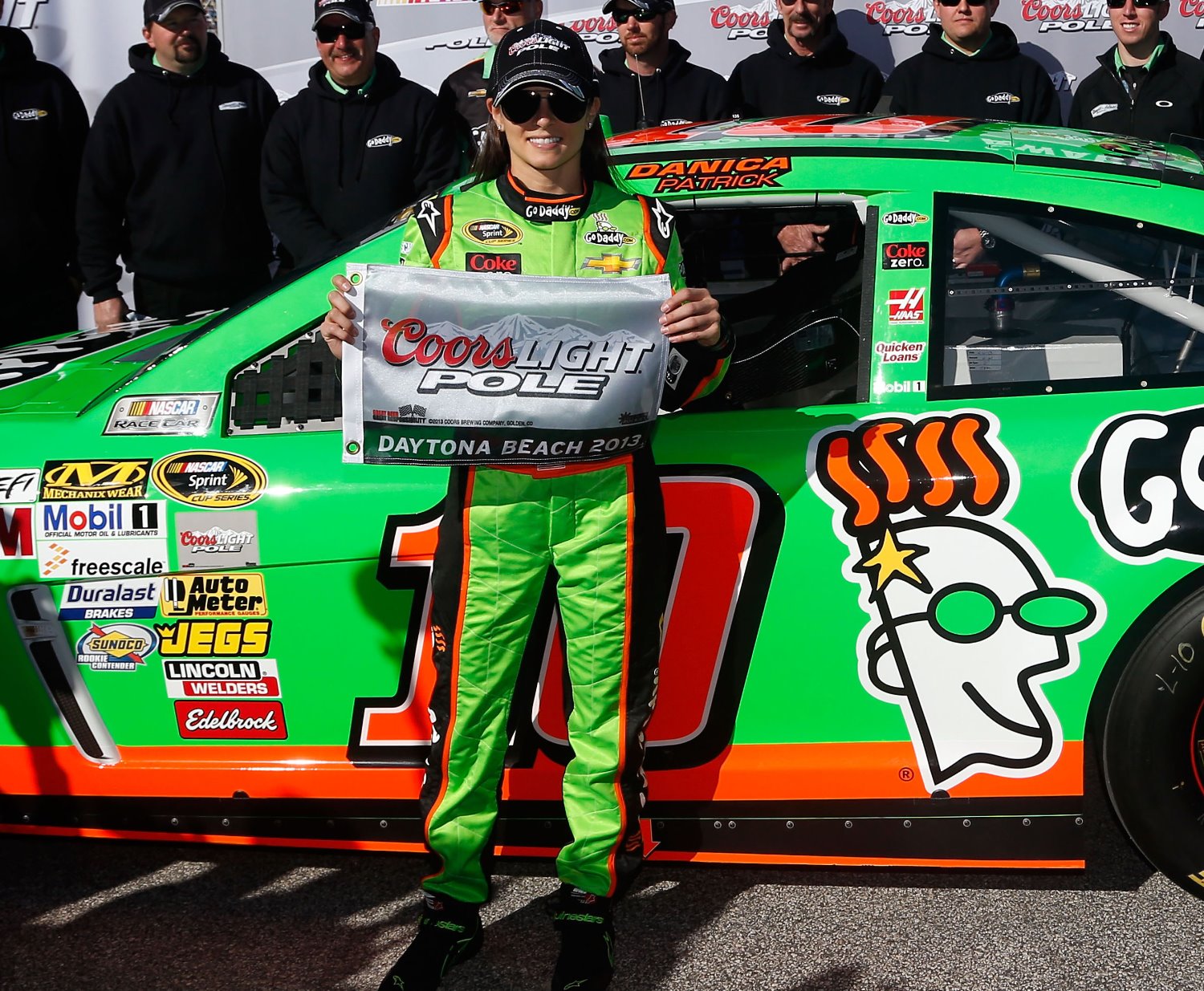 Danica Patrick isn’t thrilled with her rookie year. Don’t be fooled. By all measures that really count with Danica, it was a great year.

She dominated the NASCAR conversation early, especially when news broke that she was rubbing fenders with Ricky Stenhouse Jr. She won the celebrity competition on “Chopped." And she landed a co-host gig with Trace Adkins on the upcoming American Country Awards.

Okay, that’s a bit harsh. Patrick proved she can drive a stock car better driver than 99.9 percent of Earth’s population. But her first full season in Sprint Cup proved she really has little business racing against the other 0.1 percent, which, sadly for her, comprises the weekly starting field.

She finished 27th in point standings and had one more top-10 finish than Lindsay Lohan. Patrick’s marketing appeal allows her be held to a lower standard, but come on. She’s starting to make Anna Kournikova look like Venus Williams.

Fellow drivers know what’s good for Danica is good for NASCAR, so nobody was critical this season.

Kyle Petty was a voice of truth crying in the wilderness in June when he called her a “marketing machine" and said, “Danica has been the perfect example of somebody who can qualify better than what she runs. She can go fast, but she can’t race."

He was immediately labeled a Neanderthal, of course. I don’t know about that sexist pig Petty, but I’m willing to never again criticize Danica’s driving skills if her boosters would do one thing: Admit it’s all a charade.

Nobody can blame Patrick for capitalizing on her looks. I don’t even blame NASCAR for latching on to her. An attractive woman circles around good ol' boys is a great marketing hook.

But when all the lipstick is wiped away the whole point is to win races, right?

The Danica Defense League insists she’s more than just another pretty driver in a bikini. Yes, she won the Daytona 500 pole and finished eighth. Patrick had only three more top-15 finishes in the next 35 races, none since July. Her average finish was 25.3. Stewart finished 42 points behind her in the final standings, and had 15 fewer starts.

“We just didn’t’ keep getting a lot better," Patrick said. “We got better, but there were challenges along the way."

She mentioned mechanical issues, bad luck and the ever-popular “learning curve" that young drivers have to go through. But a lot of teams can bemoan bad luck, mechanical woes and a dog eating their spare tire. As for that nasty NASCAR learning curve, let’s see how some other big names handled it.

Jimmie Johnson had eight races in the Busch series (now Nationwide) before moving up to the big circuit. He had three wins and 21 top-10s in his rookie season. He was 26.

Jeff Gordon raced two years in the Busch series. In his first Winston Cup year, he had seven top fives and 11 top-10s. He was 21.

Kyle Busch spent two years in Nationwide. In his rookie Sprint Cup year, he had nine top-fives and 11 top 10s. He was 21.

Joey Logano spent 15 minutes in Nationwide. He had three top fives and seven top 10s. He was 19.

Danica had 58 Nationwide races before this season, going a tidy 0 for 58. If you add Sprint, Nationwide and Indy races, she is now 1 for 221 (that winning coming in Japan).

That’s a batting average of .0045. Why didn’t Stewart-Haas racing just go out and hire Mario Mendoza to drive the No. 10 car?

“I get frustrated," Patrick said. “I know what I can do and want to do it."

She’d better get busy. The learning-curve excuse has maybe two more years of shelf life. She’s also 31, she'll have to worry about losing curves off the track, too.

Expect next season to be like the one that just ended. Patrick will be a big story heading into Daytona, where NASCAR will plant the story that she’s dating Tiger Woods. She might finish the year with two top 10s, which could be enough to end Dale Earnhardt Jr.’s 11-year reign as NASCAR most popular driver.

Along the way, Patrick will go on celebrity “Celebrity Jeopardy." She’ll throw out the first pitch at the Dodgers season opener. That will be a few days after she replaces Ellen DeGeneres as the host of the 86th annual Academy Awards.

It’s good to be Danica. Just imagine how big she’d be if she could actually drive. Fox Sports