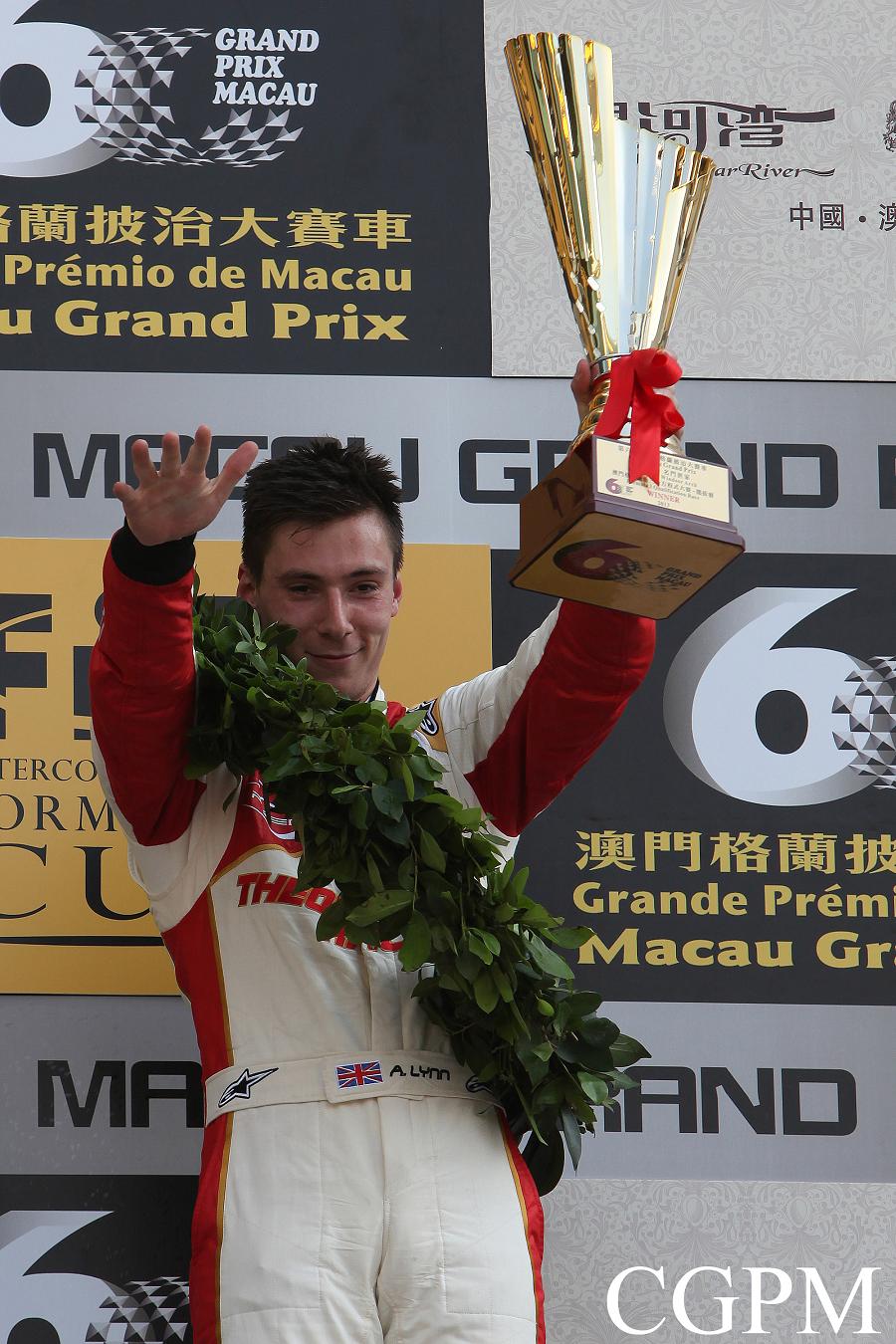 Barely more than a second covered the pair throughout the second half of the race, Lynn showing nerves of steel to take his first win in Macau at just his second attempt. “I can’t really put it into words," said the Theodore Racing by Prema driver. “I’ve dreamed of winning this race and ever since I left here finishing third [last year]. All I wanted to do is come back here and win and I can’t believe I’ve actually done it."

Carlin driver da Costa, who won the race 12 months ago, started fourth, but quickly found himself in third when Felix Rosenqvist retired on the first lap. He then slipped past Pipo Derani on the run to Lisboa following an early re-start, but was unable to overhaul the leader, despite closing the gap in the second half of the race.

Derani wound up finishing third, but it took a little bit of good fortune. The Fortec driver had just been passed and gapped by Prema Powerteam’s Raffaele Marciello, only for the Italian to crash out of the race at R Bend four laps from the end.

A pair of Britons were next, Alexander Sims (ThreeBond with T-Sport) leading home Carlin’s Jordan King – who was not only the best-placed rookie at the end of the event, but set the fastest lap of the race with a 2m11.547s. Jazeman Jaafar finished sixth, ahead of Carlin team-mate Carlos Sainz Junior, and Fortec driver Tom Blomqvist. Nicholas Latifi (Carlin) and Esteban Ocon (Prema Powerteam) rounded out the Top 10.

Alex Lynn (Theodore Racing by Prema)
“I still can’t find the worlds to describe how nice it is to win here. This is a long-time dream of mine coming true. In 2012, I came third here and I definitely wanted to do better this time. I managed to do so and I am totally happy. Especially the fact that I was able to race in the colors of Theodore Racing, a team with such a long-standing history, in the 60th running of the race, is making me proud. In the first half of the race, I was able to pull a decent gap from the rest of the field, but as Antonio came closer and closer in the final stages, I just said: stand on it…"

Luis Felipe Derani (Fortec Motorsports)
“For me, the race was great fun, but it was also very tough. I was racing with used tires and keeping up with the others was difficult. I am really happy with my podium finish. I definitely wanted to do better than my sixth-place finish from last year."

Alexander Sims (ThreeBond with T-Sport)
“All in all, my race was good. In the first half, we still were having a few technical issues and I thought that we wouldn’t be able to finish the race by any means. Towards the end, I was able to attack once more and my lap times were really good. On one hand, it is really a shame that we didn’t make it onto the podium. On the other hand, I am really happy with my best Macau result to date."