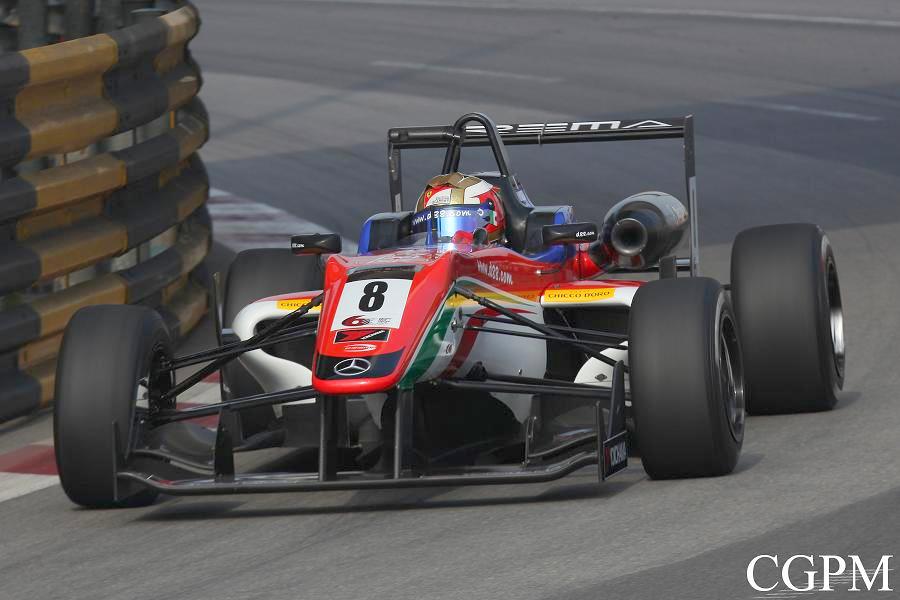 The D88.com Prema Powerteam driver was fairly anonymous through the first three official sessions of the weekend, his best effort eighth in the first practice session on Thursday. But Marciello still had some cards up his sleeve, a remarkable 2m11.555s lap sealing pole for the 10-lap race.

"I didn’t push at all in the first sessions, so I think I had a lot of margin," he said. "In qualifying I took a good slip stream and managed to do a good lap. It will be a difficult race, but I think we are consistent and we can do a good job tomorrow.

"I’m really proud. To be second, third or fourth is not a big deal here in qualifying, but for sure I’m proud, because it’s such a famous circuit."

Marciello's late lap knocked Felix Rosenqvist off the top of the times, the Swede forced to settle for second in the GR Asia with MÃ¼cke entry, while last year’s pole-sitter Alex Lynn (Theodore Racing by Prema) was third – despite being almost 1.5s faster than his pole time from 2012.

Lucas Auer made it three Prema cars in the top four, recovering from his practice crash to round out the second row in the other Theodore Racing-branded car.

Last year’s winner Antonio Felix da Costa was the best-placed Carlin car back in fifth, with the Fortec pair of Tom Blomqvist and Pipo Derani in sixth and seventh.