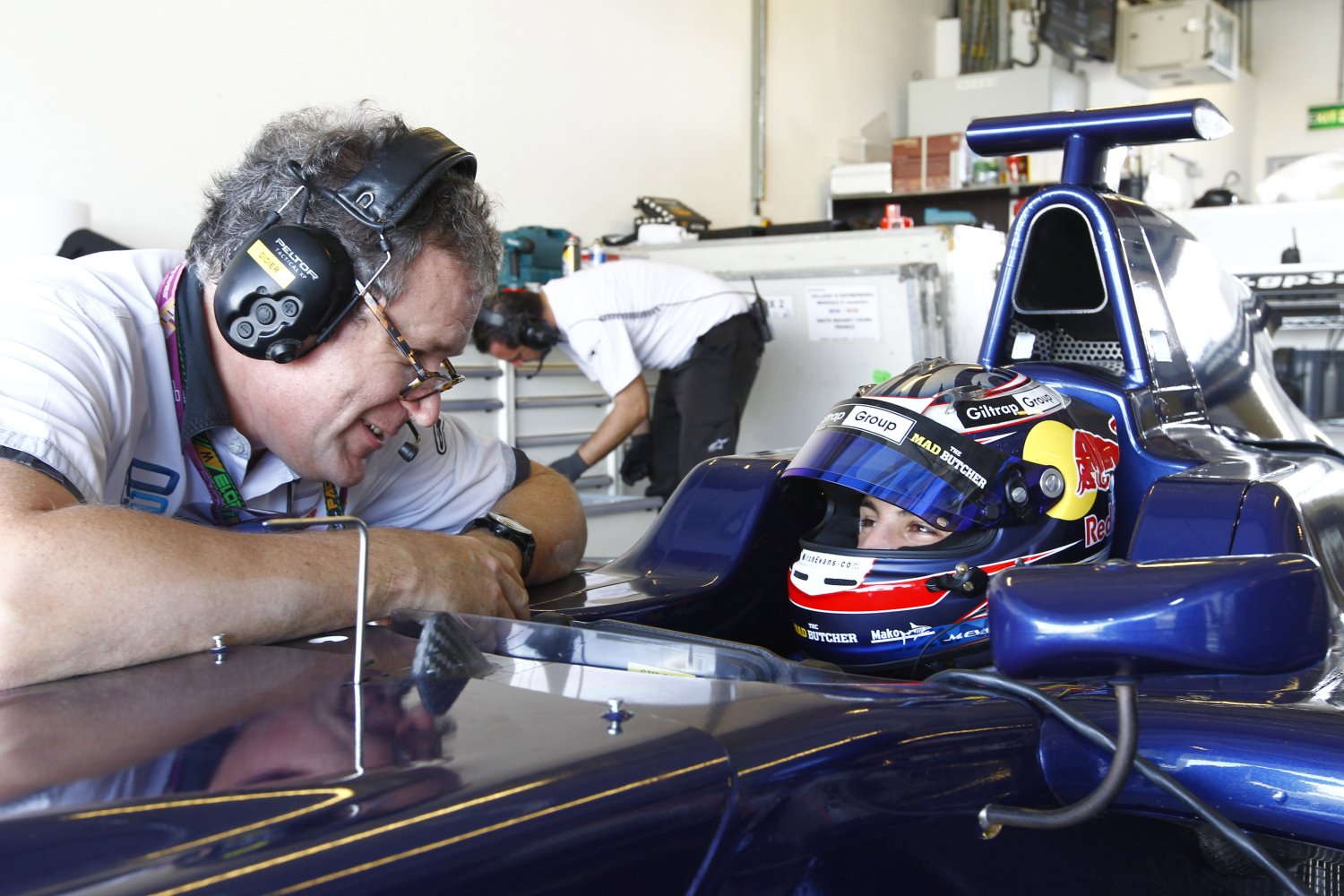 On Thursday 7th November and during a day of post-season testing involving all GP3 cars, Evans focused on testing the aero-configuration on the GP3 development car with the purpose to help improve overtaking in the GP3 machine.

GP3 Series Technical Director Didier Perrin commented: “With the collaboration of the existing GP3 teams, we had the GP3 development car follow other cars in the tow to obtain data. We tested a slightly modified front wing that would minimize the down-force loss of a car following another in the tow. The target was that straight after a corner, the driver could find it less difficult to stay in the ‘dirty air’ and find it easier to be within a close proximity of another car. The data collected confirmed this in principle."

A two day tire development test session with Pirelli was then run on the 9-10th November with Evans at the helm in the GP3 development car. In August 2013, Lotus F1 Team Driver and 2007 Formula 1 World Champion Kimi Raikkonen completed one day of tire testing and with this combination of feedback and analysis, further data was collected in Abu Dhabi.

GP3 Series Technical Director Didier Perrin explained: “The focus was to increase the front mechanical grip. The target for 2014 would be to allow GP3 drivers to be more aggressive in corner entry and to facilitate braking and overtaking. This test went well and 115 laps were completed. We are still working on different possibilities and ideas for the 2014 season, as we’ve not yet decided which direction we will take. We would like to thank Mitch Evans for his time and invaluable feedback from these three days."

2012 GP3 Series Champion Mitch Evans said: “It’s not that easy to take a tow on demand. However, it’s always fantastic for a driver to undertake tire testing – as a race driver we really enjoy doing short runs on different tires. It was a very valuable experience for me and GP3."