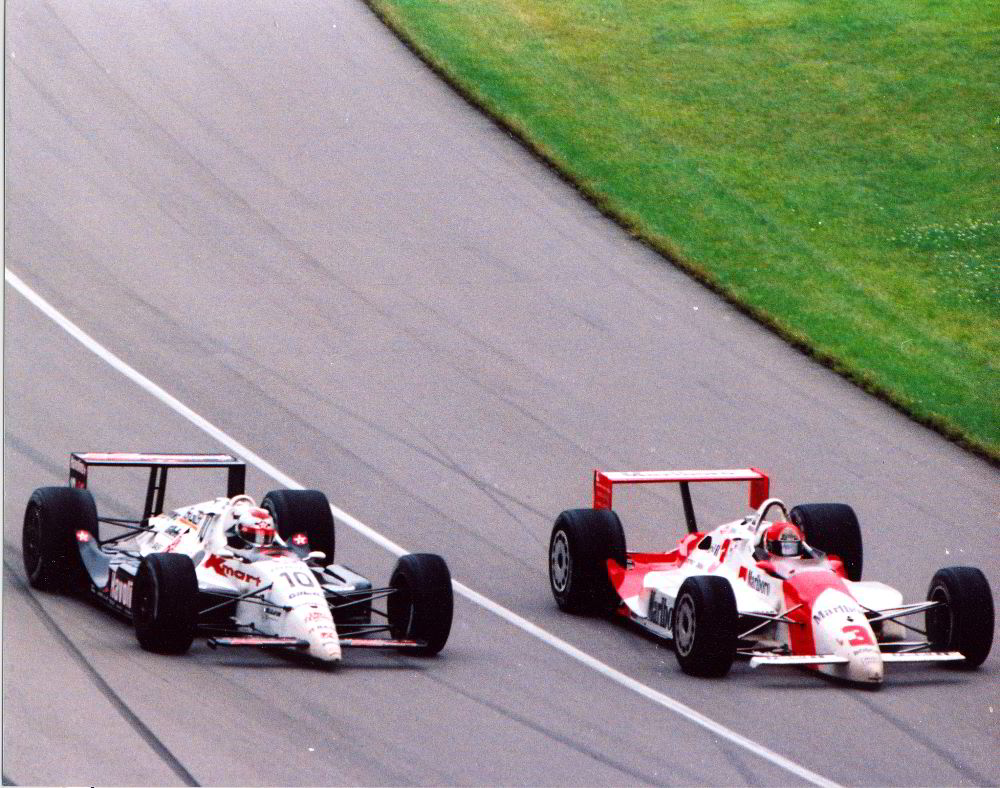 Before being removed two decades ago, the IMS apron was the car-width stretch of asphalt along the bottom of the oval track’s corners, an additional lane that earned iconic Indianapolis 500 status after several late-race battles in the 1980s and early 1990s.

Rick Mears was on that part of the track when Michael Andretti passed him on the outside in 1991 only to have Mears pass Andretti back in the same spot on the following lap. It’s where Al Unser Jr. and Scott Goodyear drove in those heated final laps of the ’92 race.

As thrilling as the apron made the racing, it also was blamed for injuries suffered in crashes. That’s at the center of the debate over its return. In ’92 alone, a half-dozen drivers suffered foot and/or leg injuries, some severely, when their cars spun nose-first into the wall due to the altered trajectory.

Safer cars and the energy-absorbing SAFER barrier that debuted in 2002 work in favor of the apron’s return, but not everyone is convinced it’s a good idea.

Boles acknowledged it’s a “complicated" discussion. The extra track space figures to help NASCAR, which has larger and slower cars; it might not have the same impact on Indy cars.

Think of it this way: The farther a car is from the wall when control is lost, the more rotation the car can have. Most impacts without the apron are with the left sidepods that have been enlarged to absorb energy.

The Indianapolis 500 doesn’t need its racing changed. This year’s race had 68 lead changes among 14 drivers, both event records.

John Andretti sees both sides of the discussion. He competed in five 500s with the apron, seven without. All of his 400s came after the apron was removed in ‘92.

On one hand, Andretti doesn’t want a wider track just for the sake of making it wider for passing. To him, wider means easier, and that’s not what IMS should be about.

“The hardest corner anywhere is Turn 1 of Indy, especially on the fourth lap of (IndyCar) qualifying," he said. “It’s hard to see, it’s blind, you get in there real quick, the wind, the way the pavement is laid — you’ve got every challenge you hate, and that’s what it’s supposed to be."

Andretti said there’s only one way the apron should be installed.

“You have to make it a not a total advantage to go down there," he said. “Make it a different banking, flat enough so it’s not a great option to be on it."

While having an apron actually makes the racing line longer, it will make the speeds faster because the corner entry and exit points won’t change but the momentum of the cars will.

With or without the apron, a white line exists, and that could be used as an out-of-bounds point. But when rumble strips and grass aren’t on the other side of the line as a deterrent, the race director has more to officiate.

Three-time 500 winner Johnny Rutherford said drivers in the apron years were warned to stay off the white line, but they did anyway.

“We all got on the apron from time to time, but you had to be careful," he said. “It did make it a tick faster and bringing it back would, too."