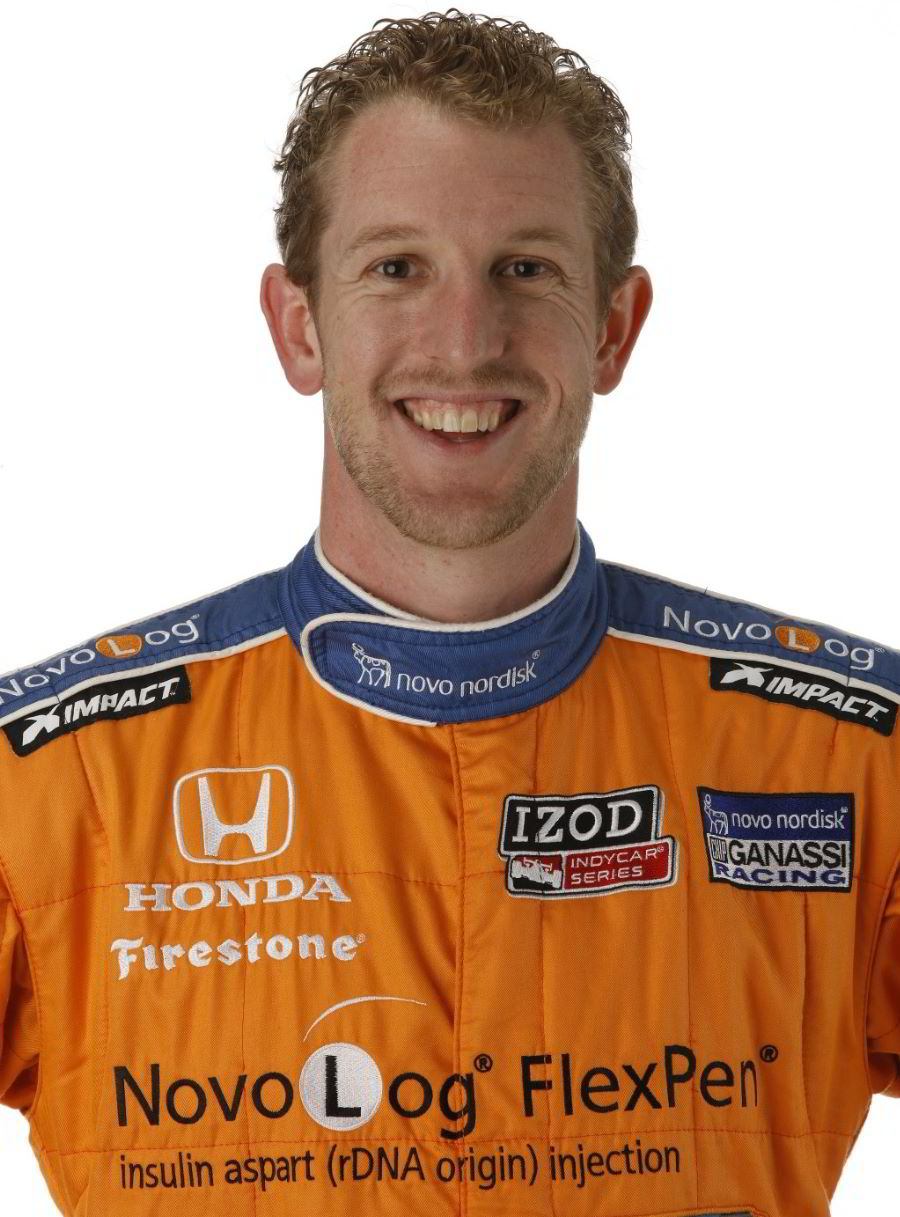 Q. Have you had a chance to enjoy the "offseason" yet?

CHARLIE KIMBALL: With November being Diabetes Awareness Month, I'm always busy in November, but especially busy this year. Coming off the team's success with Scott (Dixon) getting the championship, we had a pretty big appearance for Cessna, as part of the Textron Companies' involvement with the team. I also had a chance to talk at my high school, which was interesting. It was good to go back and see everyone.

I've also made a couple appearances for Novo Nordisk. (Monday, Nov. 5) I was in Princeton (N.J.) at their headquarters as part of a reconvening of all the patient-ambassadors. There were cyclists from Team Novo Nordisk, (triathlete) Jay Hewitt, (former football players) Kendall Simmons and Marcus Dupree and (baseball hall of famer) Lou Brock. They're building a bureau of celebrity chefs to work on food and nutrition for people with diabetes to emphasize healthy eating and healthy lifestyles. There were chefs with Puerto Rican and Cuban backgrounds as well as Texan chef and chef Curtis Aikens and few people like that.

It was really neat to see everybody then and talk about our experiences at appearances across the country.

Q. It's been a couple of weeks since the end of the season and people are calling you the breakout driver of 2013. In your eyes, how was the 2013 season?

CHARLIE KIMBALL: It was a good year, definitely. I'm not quite ready to call it a great year. With two race wins – if we had been able to close out the year with a win at Auto Club Speedway – that would have been a great year with two wins and (finishing) top eight in points.

Top 10 in points is really good, and as a team that's where we expected and wanted and needed to be. Getting the win at Mid-Ohio was huge for the team. There were a lot of guys on the team that it was their first race win as well as mine. It meant a lot to me to be part of that experience for them.

I think it's not going to get any easier next year. I'm excited about the new engine package. It's going to be great to be a part of Team Chevy and a part of that program. We get an opportunity to drive with that before the end of the year and I know the team is working hard to get a step ahead, so we don't have to dig ourselves out of a hole and come back. We want to be fighting for the championship from race No. 1 at St. Pete.

Q. Is now too early to start thinking about the 2014 season?

CHARLIE KIMBALL: If you are starting now, it's almost too late. As a team, we've been looking toward 2014 since the end of Fontana. Maybe we took a day off or two days off, but one of the reasons why Chip Ganassi Racing as an organization is so successful is that they don't sit on their laurels. They work continually to make things better and move forward.

As far as expectations, we haven't sat down and put anything pen to paper but we're looking forward to springboarding from this year and continuing to take a step forward. We're proven that when we take a step and make an improvement in results and performance it's a one-way street. We keep moving forward rather than backsliding.

Q. You mentioned the change to Chevrolet, but another change for 2014 is going back to four cars and adding Tony Kanaan as a teammate. What's that going to be like?

CHARLIE KIMBALL: When you have three Indy 500 winners and three series champions as teammates, being a race winner is not good enough anymore. You have the step up your game a little bit. That's great because now I have three really good data points to learn from again and help me progress as much as possible. It's going to be a lot of fun working with Tony. We've already been texting back and forth and when he's here in town, we'll try to get together and start building that teammate relationship.