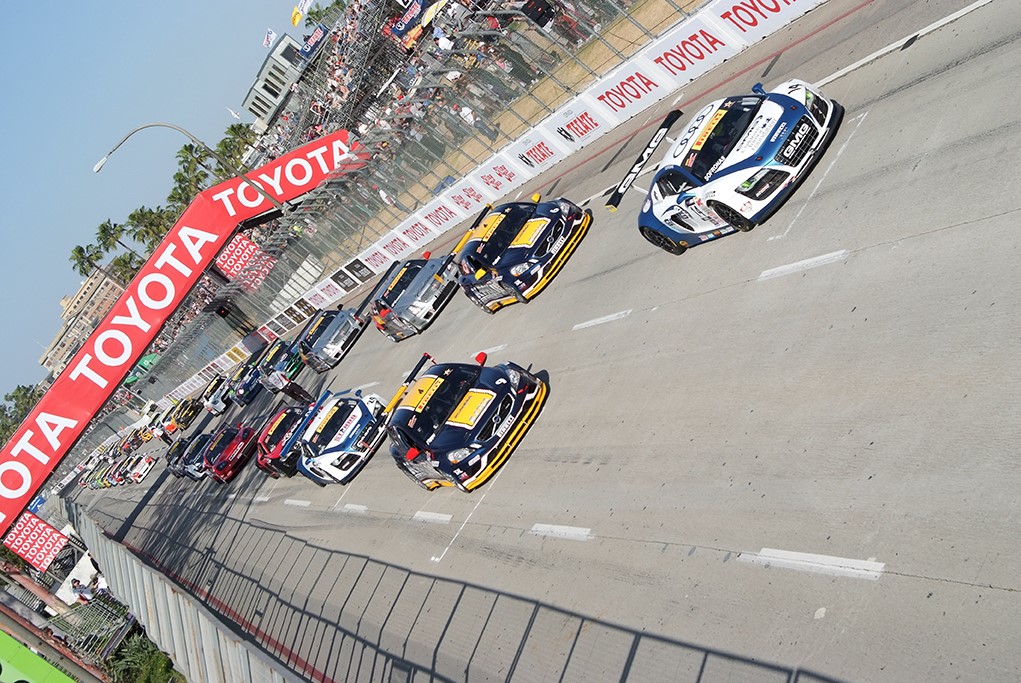 Officials from the Grand Prix Association of Long Beach, WC Vision and SCCA Pro Racing today announced the return of the Pirelli World Challenge Championships to the 2014 Toyota Grand Prix of Long Beach.

The race, which will feature the GT and GTS divisions of the Pirelli World Challenge, will take place Sunday afternoon, April 13, after the conclusion of the IndyCar Series race.

Since 2006, the teams and drivers of the Pirelli World Challenge have battled on the famous 11-turn, 1.97-mile temporary street course through the streets of Long Beach. In 2013, Villa Park’s James Sofronas (#14 GMG/Mobil 1 Audi R8) scored the overall and GT class win after taking the lead in the final lap, while Lawson Aschenbach (#10 Blackdog Speed Shop Chevrolet Camaro) won the GTS class at Long Beach, as 40 cars took the green flag.

“The Pirelli World Challenge has provided our fans with a spectacular weekend-concluding race for many years and next year should be no different," said Jim Michaelian, president and CEO of the Grand Prix Association of Long Beach. “The GT and GTS divisions have really grown over the past few years and the variety of manufacturers involved will once again make for some very intense competition."

In addition to the Pirelli World Challenge and IndyCar Series, the 2014 Toyota Grand Prix of Long Beach will feature the newly united TUDOR United SportsCar Championship, featuring the top sports cars in North America; the Motegi Racing Super Drift Challenge under the lights, and other events to be announced.

The Pirelli World Challenge announcement comes as part of the schedule release for 2014. WC Vision and SCCA Pro Racing announced details of a 12-race schedule Tuesday. The series will begin its season March 28-30 on the streets of St. Petersburg, Fla.

Ticket prices for the three-day event range from $28 for a Friday General Admission ticket to $135 for a three-day ticket that includes Sat./Sun. reserved seating in grandstand upper levels. Pre-paid parking packages are also available, along with handicapped seating, IndyCar Paddock passes, Super Photo tickets and a wide variety of Hospitality Club packages.

Fans can select and pay for their 2014 Toyota Grand Prix of Long Beach seats, parking and paddock passes online at gplb.com. Ticket orders can also be placed by calling the toll-free ticket hotline, (888) 82-SPEED. A printed ticket brochure that includes a circuit map, ticket prices, order form and other information can be obtained by calling the hotline.