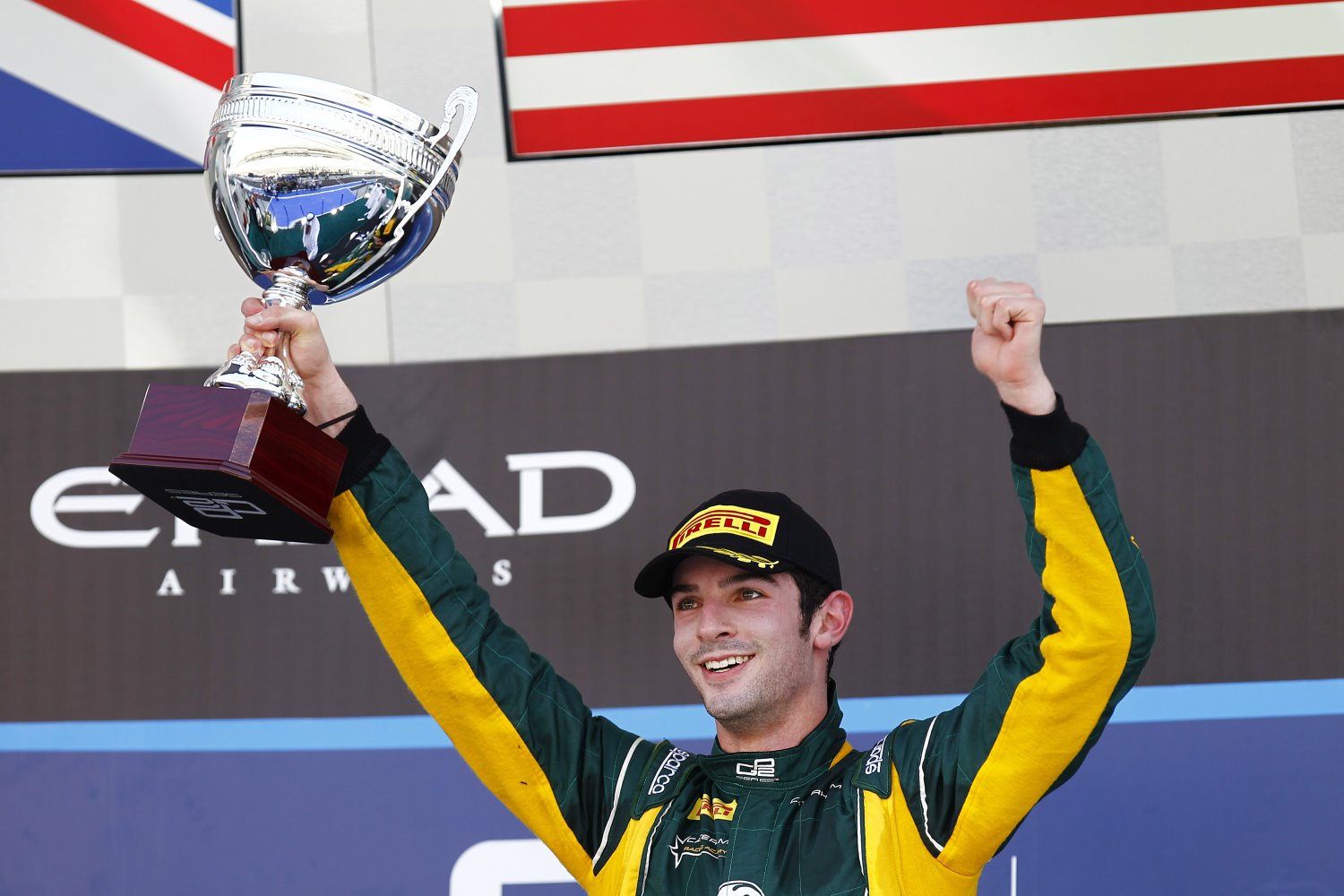 F3 European champion Marciello Raffaele impressed on his first GP2 outing: the Italian set the best laptime of the day at the wheel of the Trident Racing car in a 1:49.811 in the evening session at Yas Marina Circuit. 2013 season best rookie Alexander Rossi was quickest in the morning session in his backmarker Caterham machine and then focused on long runs in the evening.

Just a couple of days after the checkered flag has dropped on the 2013 GP2 Series season, all thirteen teams stayed in Abu Dhabi for a three-day post-season test session, sharing the track time with GP3 Series cars. Pirelli have nominated Medium tires for all three days.

The morning session opened at 12.00 local time and Johnny Cecotto set the early pace at the wheel of the Venezuela GP Lazarus car. The Venezuelan driver set a laptime of 1:50.642, six tenths quicker than Mitch Evans who tested at RUSSIAN TIME today. The session was trouble free with the exception of one red flag after rookie Denis Nagulin stopped his Lazarus car on track. In the final hour, Rossi found some extra pace to break under 1m50s and deny Cecotto top spot. Daniel Abt was also able to improve in the final minutes of the session to put his Hilmer car ahead of Cecotto. At the checkered flag, behind the top three, Evans was fourth. Marciello was fifth ahead of Daniel De Jong, Arden’s and rookie Nico MÃ¼ller, Stéphane Richelmi, newcomer Will Stevens (MP Motorsport) and Rene Binder (Arden).

The action resumed at 6pm local time and under the lights of the Yas Marina Circuit. Richelmi was quick to set a laptime that put him at the top of the standings, but GP3 graduate Carlos Sainz (Carlin) dipped under 1m50s as rookie and McLaren protégé Stoffel Vandoorne also improved at the wheel of his ART car enough to move up to P2, but was still seven tenths slower than the Spaniard. He was edged out of second spot by Stevens. Binder was up next to try and catch Sainz. He reduced the gap, but was not able to match the Carlin man’s pace. Abt found some extra speed to move up to P2. With one hour left on the clock, Marciello went quickest, one tenth better than Sainz. In the dying minutes, a red flag interrupted the proceedings after Rossi stopped on the track following a tire puncture due to flat spot. At the checkered flag, Marciello remained top ahead of Sainz, Abt, Cecotto, Jolyon Palmer, Evans, Binder, Stevens, newcomer Andre Negrao (Hilmer) and GP3 Vice Champion Facu Regalia (Caterham).