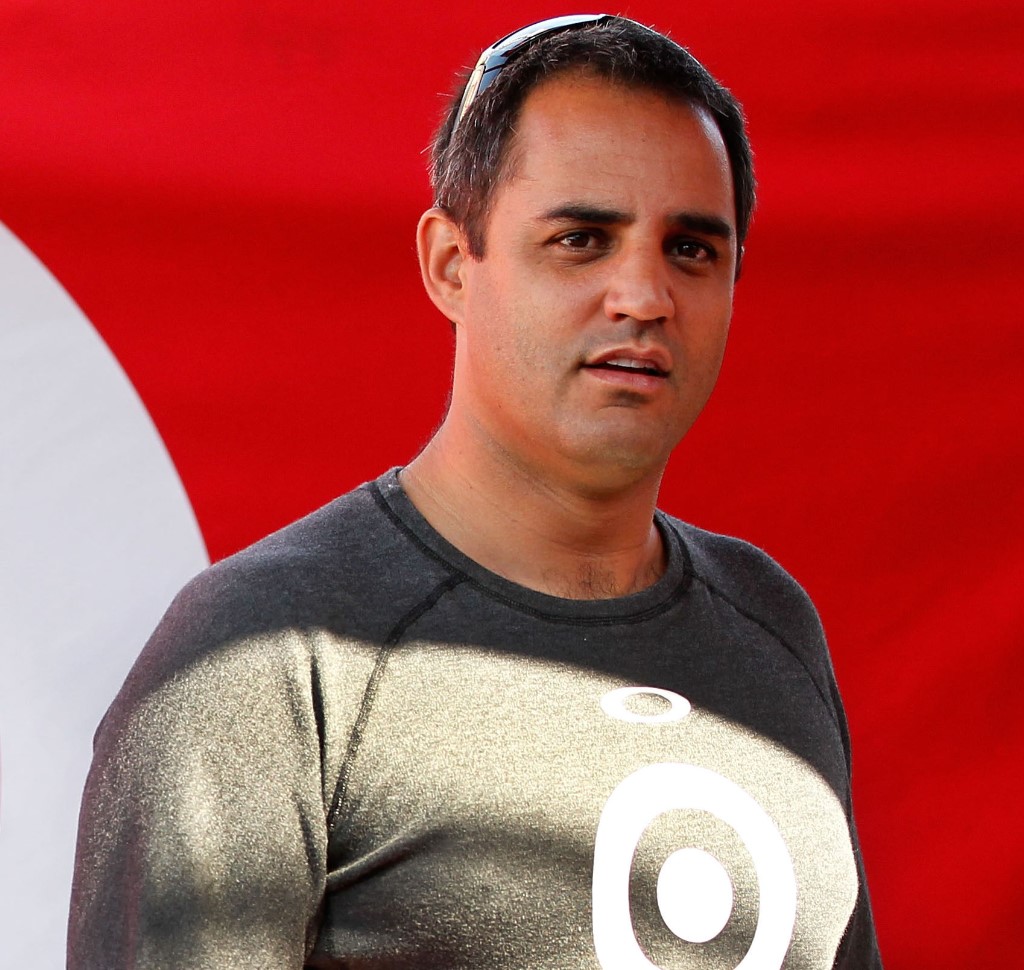 The Internal Revenue Service is demanding $2.7 million in extra taxes and penalties from race car driver Juan Pablo Montoya, who, it asserts, had $9.5 million in taxable income in 2007 and 2008, nearly four times the $2.4 million he and his wife reported on their joint tax returns for the two years. In a previously unreported lawsuit filed in U.S. Tax Court, Montoya concedes that in those two years he had nearly $800,000 more in gross receipts, interest and partnership income than originally reported, but challenges the IRS’ other, even bigger dollar adjustments.

Montoya, a 38-year-old Colombian citizen who now lives in state and local income tax free Miami with his wife, Connie Freydell, and three children, is hardly the first driver to run into trouble with the IRS. Coincidentally, he recently signed to drive in 2014 on the IndyCar team of Roger Penske, the billionaire CEO of Penske Automotive Group. That team already includes Brazilian Helio Castroneves, who placed second this year on the IndyCar circuit and is known beyond the track for winning Dancing With The Stars and for his 2009 jury acquittal on federal felony tax fraud charges.

That’s not surprising after all, Apple, Google, Facebook and other companies have used ploys involving intellectual property and Irish corporations to divert profits to tax havens and cut their worldwide tax bills.

Castroneves’ criminal trial centered around $5 million in licensing and image income that he said he had legitimately deferred and the government alleged he tried to illegally hide offshore. After his acquittal, Castroneves immediately recognized $15 million in deferred income, paying $5 million in tax. The IRS demanded another $6 million in taxes and civil fraud penalties, but according to a previously unreported U.S. Tax Court stipulated decision entered in January, settled for under $260,000, with no fraud penalties collected.

The biggest dollar issue in Montoya’s case is a fancy maneuver involving the rights to his image that he undertook before moving to the U.S. in 2007 to compete in NASCAR for Earnhardt Ganassi Racing. (Montoya has had an unusually varied career. He raced on a Formula 3000 team in 1997 and 1998, moved to the U.S. and won the CART championship in 1999 and the Indianapolis 500 in 2000, moved to Monaco and Formula One racing in 2001, then jumped to NASCAR in 2007.)

According to Montoya’s lawsuit, on the advice of his father/manager, in 2001 he contributed his name, appearance, likeness, image, voice and bio his “Driver Identification" to JPM Motorsport, Inc., a Bahamas corporation owned by a Bahamian trust his dad had set up for him in 1999. At that point in 2001, his lawsuit says, he was racing Formula One for BMW and living in Monaco, with no plans to move to the U.S. (Monaco has long been a favored tax haven for Formula One drivers.) But after a disappointing Formula One season in 2006, he agreed to move to the U.S. and NASCAR for the 2007 season. In preparation for the move, his lawsuit says, Montoya and his father consulted with tax advisors in the Bahamas and United States and were advised to “domesticate his foreign assets to the United States." So he set up Monty Motorsport LLC, a Delaware limited liability company. (Delaware is a favored haven within the U.S. for shielding intellectual property income from state tax.)

Here’s where it gets interesting, becoming either a sham (the IRS view) or a clever, if aggressive, tax arbitrage between Montoya’s status as a non- U.S. resident in 2006 and a U.S. resident in 2007. In 2006, Montoya’s JPM Motorsport sold his Driver Identification to his Monty Motorsport for a $15 million note. Monty Motorsport then began amortizing (writing down the value of) its $15 million investment, claiming a deduction of $1.4 million in 2007 and $1 million in 2008. The IRS disallowed the deductions, listing six possible grounds on which they could be thrown out, including that all the related party transactions were a sham and that their principal purpose was to “improperly claim amortization deductions in self-created intangibles and to artificially create basis for such deductions."

Montoya’s tax lawyer declined comment for herself and her client. But Miami tax lawyer David M. Garvin, who represented Castroneves in U.S. Tax Court, came to the defense of such tax arbitrage. Rules written to keep U.S. taxpayers from playing games “may end up giving a non U.S. taxpayer a benefit that was not foreseen, ‘’ he said. “But that doesn’t give the IRS the right to rewrite the law simply by calling something a sham."

Not surprisingly, the IRS also gave thumbs down to another ploy Montoya used to convert the hefty professional fees he incurred in 2006, when he wasn’t a U.S. taxpayer, into a tax deduction for 2007, when he was. In 2006, he personally paid the $267,000 in expenses the Bahamas trust incurred in connection with the Driver Identity sale, treating it as a loan to the trust. In 2007, when Montoya became a U.S. resident, the Bahamas trust, under U.S. tax law, legally became a “grantor trust" meaning all its income and deductions get reported on Montoya’s personal 1040. So in 2007, the trust repaid Montoya the $267,000 by reducing the balance on the note owed by Monty Motorsport by that amount and Montoya then deducted $267,000 as passed through expenses from his Bahamas grantor trust in 2007.

Of course the IRS plays “heads I win, tails you lose" too. Although it wants to ignore the 2006 Driver Identity sale as a sham, it also contends that the transaction was an installment sale by a grantor trust and that Montoya must recognize a total of $2.5 million in income from the sale in 2007 and 2008. His lawyers respond that since Montoya wasn’t a resident in 2006 when the sale took place, the grantor trust rules which would require such income recognition don’t apply.

Still, the IRS has nothing on Montoya and his advisors when it comes to chutzpah. In yet another move the IRS disallowed, Montoya used his changing residential status to claim extra tax breaks for his purchase of an $8.7 million Lear Jet to fly to NASCAR races around the U.S. He formed a C corp in 2006 to buy the jet and then liquidated the C Corp in 2007 and put the jet in an LLC. According to Montoya and his lawyers, the liquidation generated a $100,000 operating loss and $150,000 capital loss for him, as well as a bigger basis in the jet to depreciate. They argue he had a legitimate residence related reason for this maneuver too: according to FAA regulations a non-U.S. person cannot own a U.S. airplane directly and must use a C corp. Forbes.com

Montoya is also challenging the assessment of accuracy-related penalties in the amounts of $276,188 and $166,678, respectively.

Among several points of contention are business-related expenses claimed by Montoya—such as his use and ownership of a private airplane and motorcoach—as well as the sale of assets from a foreign trust to a U.S.-based company controlled by Montoya.

According to the petition, the IRS erred in disallowing $767,901 of Schedule C deductions claimed by Montoya for 2007, and $345,834 for 2008. Among the expenses claimed were costs associated with Montoya's jet and coach.

According to Montoya, his use and ownership of the airplane and coach were “ordinary and customary" for professional level race car drivers.

“Petitioners provided credible evidence to the examiner during the exam to substantiate that the expenses incurred for the airplane and motorcoach were necessary for Montoya to carry out his business as a NASCAR race car driver," the petition said.

Montoya also claimed he was entitled to a stepped-up basis on the airplane as a result of the conversion of a corporation owned by Montoya to a limited liability company. That, Montoya said, entitled him to “an additional depreciation deduction on the airplane in the amounts of $193,520 and $345,842 in 2007 and 2008."

According to the petition, in 1999 Montoya's father established El Monte Trust, “an irrevocable foreign trust established for Montoya's benefit, under the laws of the Commonwealth of the Bahamas." An independent trustee was appointed to administer the trust.

At the time, Montoya was living in Monaco, and was a driver in Europe's Formula 1 professional racing circuit. In 2001, in anticipation of signing a major endorsement deal with BMW, Montoya “contributed his name, appearance, likeness, image, voice and biographical information (the ‘Driver Identification') to JPM Motorsports Inc.," a Bahamian corporation wholly owned by El Monte Trust.

Towards the end of 2006, when Montoya decided he would leave Formula 1 to participate in the U.S.-based NASCAR circuit, he was advised that he would be better off controlling his intellectual property through a U.S.-incorporated entity.

To accomplish this, Montoya and his father formed Monty Motorsports as a Delaware limited liability company, “with the goal of purchasing certain assets from" El Monte “in an arms' length transaction."

The main asset transferred from El Monte to Monty Motorsports was the Driver Identification, which was appraised at $15 million. According to the petition, the purchase agreement was entered into “prior to Montoya becoming a U.S. resident," and therefore the IRS “erred in determining that a related party installment sale occurred in 2006 and that such sale was subject to the installment method under" tax code Section 453(a).

Even if the transaction was correctly treated as a related part installment sale, “the Commissioner erred in not applying the plain language of Â§ 453(g) of the Code, which provides that the installment method is not available to a related party sale of depreciable property, which includes intangibles pursuant to Â§197(f)(7) of the Code," the petition said.

Further, the petition argued that because he was a nonresident alien the year of the sale, Montoya wasn't required to include as taxable income the installment payments made to the foreign trust in which he is a beneficiary in tax years 2007 and 2008 under the grantor trust rules of Sections 671 through 679.

Montoya disputed the IRS's position that the transaction was a sham initiated only to avoid paying taxes, saying he “provided credible evidence to the examiner to support the principal purposes surrounding the Transaction, which included legitimate business, estate planning and asset protection purposes."

The petition was filed Sept. 25.