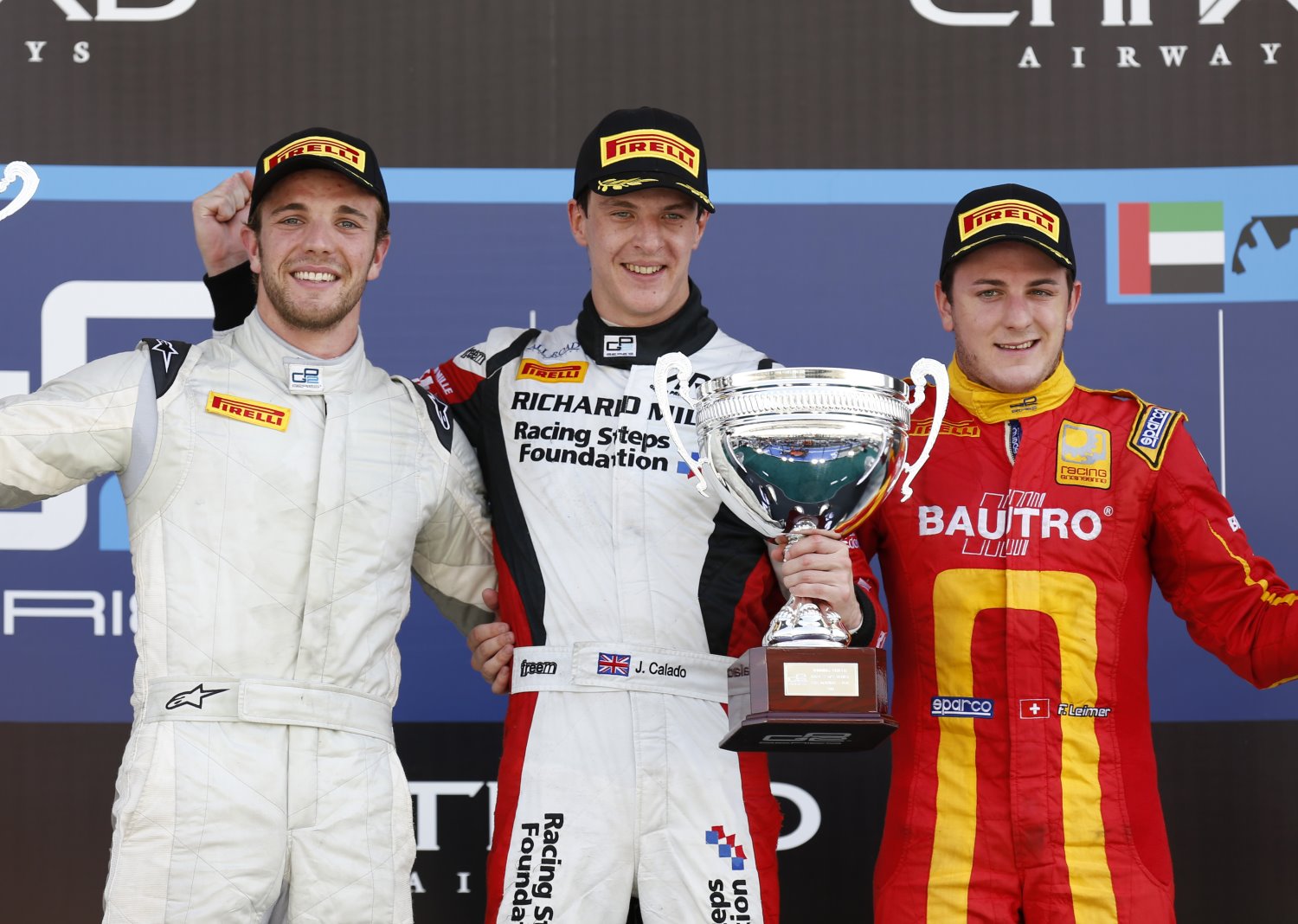 James Calado dominated his rivals with a crushing display of speed and guile in sauna- like conditions to claim the final win of the season at today’s sprint race in Abu Dhabi ahead of Dani Clos and champion Fabio Leimer, while Sam Bird’s fourth place secured victory for his RUSSIAN TIME squad in the teams’ championship.

The win was set up at the start: front row starters Johnny Cecotto and Felipe Nasr had poor starts but left enough space for the Briton to slice between the pair and into the lead, and when they tripped over themselves at turn one Cecotto was spun around and tagged by American Alexander Rossi (who finished the season as the highest placed rookie), with Clos, Leimer, Daniel Abt and Bird sneaking through before the safety car emerged for the stricken vehicles.

Calado made a solid restart as the rest of the field shook out behind him, with Bird spotting a chance and taking Abt’s position from him: the German fought back valiantly, but when Bird shut the door at the marina Ericsson was there to pick up any scraps, and Abt had to make do with what he had.

Stephane Richelmi and Jon Lancaster had a huge battle throughout the race, but it got up close and personal on lap nine when the pair came together at the marina: the Briton was spun into retirement, prompting another safety car period to negotiate: Calado did a great job of controlling his rivals before powering off into the distance once again.

The Briton built such a lead that he was able to slow down over the final laps and nurse his car home: Calado’s brought his second win of the season home ahead of a clearly delighted Clos, on the podium for the first time this year, and new champion Leimer. Bird made up a little for his disappointments yesterday by bringing home fourth and the teams’ title, just ahead of Abt and Ericsson, while Simon Trummer and Sergio Canamasas held off Stefano Coletti’s race-long efforts to get into the points.

Fabio Leimer is the 2013 GP2 champion with a total points haul of 201, ahead of Sam Bird on 191 and James Calado, whose win today leapfrogged him over Felipe Nasr for third, 157 points to 154. RUSSIAN TIME are the 2013 GP2 teams’ champions in their first season in the championship with 273 points: Carlin have the same total but are vice-champions on a win count back, with Racing Engineering finishing the year third with 263 points.