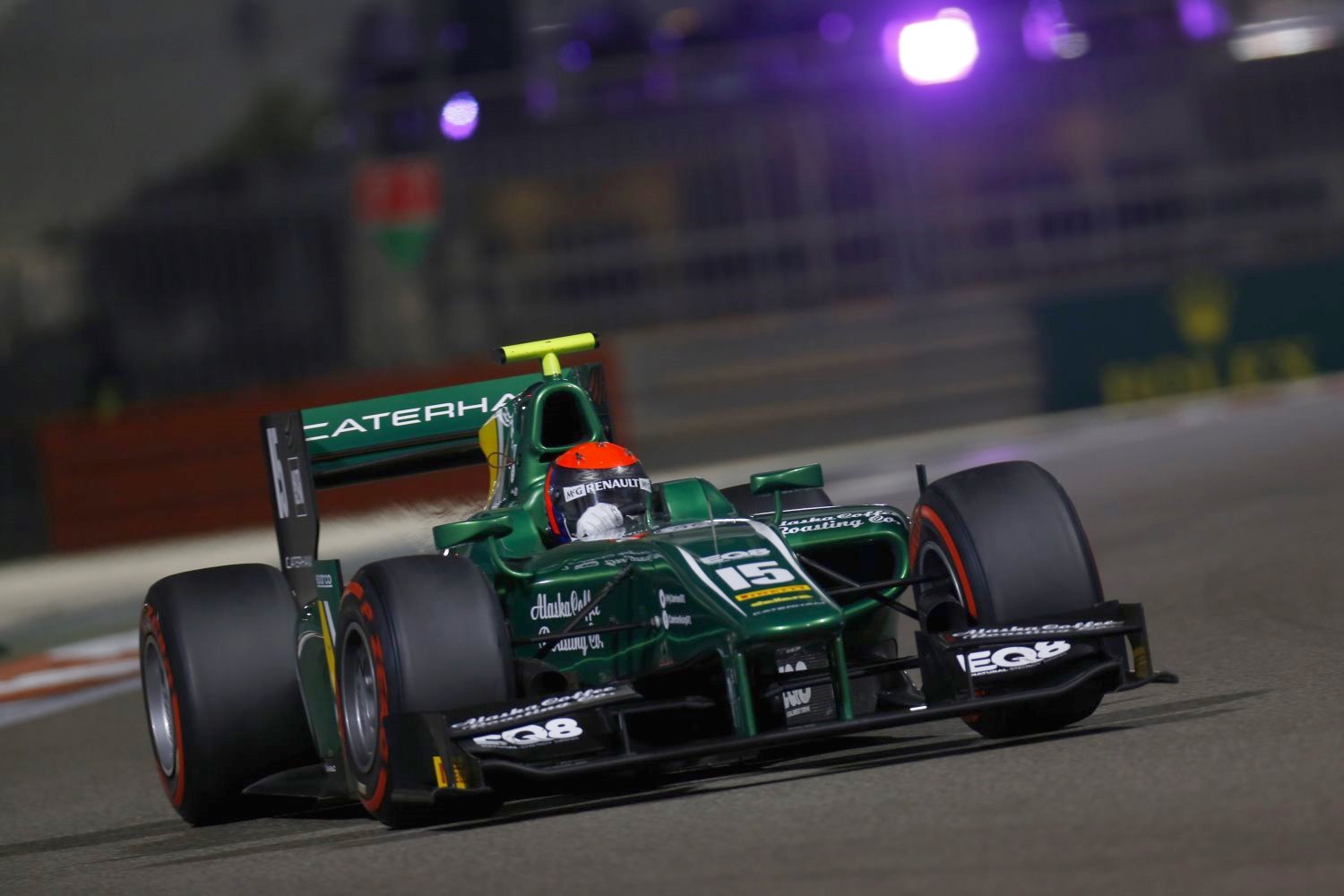 Alexander Rossi has dominated this evening’s qualifying session in Abu Dhabi with an educational display of driving under lights to claim pole position from Sam Bird and Jolyon Palmer, leading for most of the session to annex the front of tomorrow afternoon’s feature race grid.

With lights blazing all around the circuit, the darkness beyond had at least taken the sting out of the extreme heat from this morning’s practice session as Stefano Coletti set the early pace, but it didn’t take long before Palmer and then Rossi took over the running, with the American sawing away at his own times as his rivals tried in vain to keep up.

With six minutes remaining in the session most of the field were about to start their fast laps for another shot at the top spot, led on track once again by Rossi, as Daniel Abt slowed as first a wheel nut and then his left rear wheel detached from his car, prompting a red flag period much to the annoyance of his rivals.

The marshals made quick work of removing the stricken vehicles, and the field was soon out again and trying to get their tires up to temperature: Marcus Ericsson looked to have done his job the best as he took the top of the timesheets, with Rossi pushing hard and finishing just 0.007 seconds behind the Swede and Palmer looking faster still until he missed his braking at the chicane and Bird slowing on his final run, but Ericsson’s time was soon cancelled for exceeding the track limits, promoting the others.

Title leader Fabio Leimer will line up in P4, immediately behind championship rival Bird on the grid but ahead of Johnny Cecotto, Jon Lancaster, Felipe Nasr, Stephane Richelmi and Dani Clos, with the closeness of the grid promising a scorching feature race.