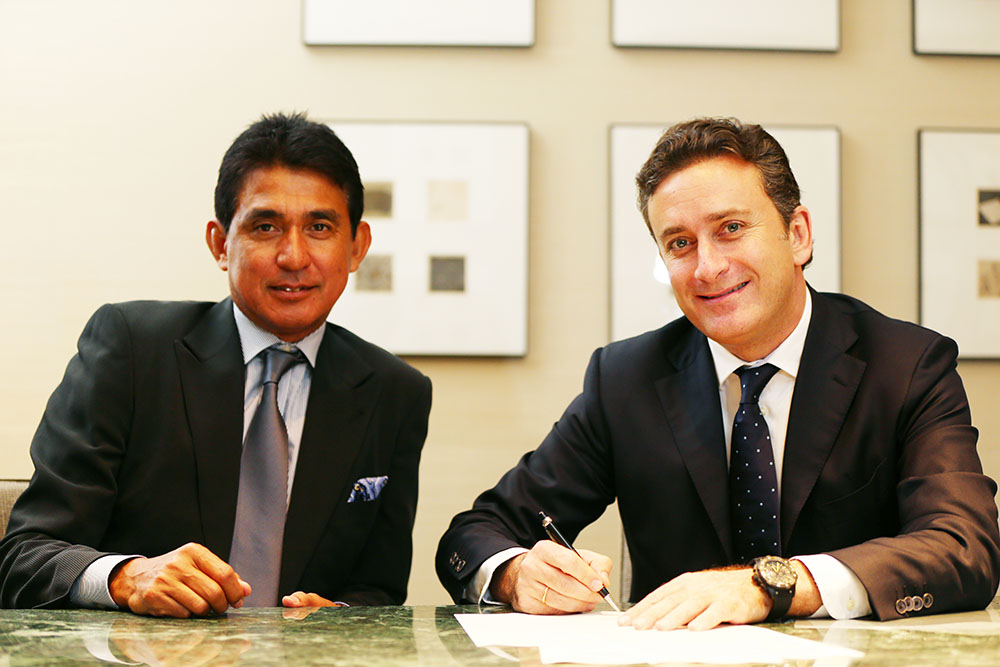 The Tokyo based team, a major market for electric vehicle technology, is a brand new venture for Suzuki, who brings with him a wealth of Formula One experience as a driver, team owner and mentor. An icon of Japanese motorsport, Suzuki spent eight seasons as an F1 driver between 1988-95 – competing in 88 Grands Prix – and was team owner of Super Aguri F1 which competed in the sport from 2006 until 2008. Suzuki currently oversees Autobacs Racing Team Aguri (ARTA), which competes in the Super GT series in Japan and runs entries in both the GT500 and GT300 categories.

Super Aguri Formula E now becomes the championship’s second team to be based in Asia after China Racing and the sixth of 10 teams that will be put forward to the FIA for final approval by its World Motor Sport Council. They join leading IndyCar outfits Andretti Autosport and Dragon Racing, UK-based Drayson Racing and e.dams – a joint venture between Alain Prost and Dams founder Jean-Paul Driot who were announced just last week.

“Today is a new chapter for the Super Aguri name and I’m proud that our team will represent Japan in the inaugural Formula E series," said Aguri Suzuki, Executive Chairman of Super Aguri Formula E. “Zero emissions racing is a progressive concept for the motorsport industry, and after more than 40 years as both a driver and team owner, I see Formula E as a great stride towards the future.

“Japan has always been at the forefront of cutting-edge innovation and technology and our participation in the series will enable us to promote and develop electric vehicle technology not just in our region, but also on a global scale."
Joining Suzuki at Super Aguri Formula E is Mark Preston, who assumes the role of Team Principal. The pair last worked together at Super Aguri F1 where Preston assisted in the team’s formation and worked as technical director. Also onboard are Peter McCool as Technical Director and Ferry Spijkerman as Commercial Director.

Mark Preston said: “It’s great to make a return to racing in Formula E. Global trends in connectivity, collaborative consumption and the electrification of drive trains, support our overall vision to turn mobility into a service, rather than a product, especially in the urban setting, where Formula E races will take place."

Beginning in September 2014, Formula E is a new FIA racing championship using fully-electric single-seater race cars competing in the heart of 10 of the world's leading cities – including Beijing, Los Angeles and London.

Alejandro Agag, CEO of series promoters Formula E Holdings, added: “We’re very pleased to have Super Aguri join the FIA Formula E Championship and to be welcoming yet another high profile name onto the grid. Japan has a long and celebrated motorsport heritage, as well as one of the most prominent and largest car industries in the world, so it’s a real honor to have a Japanese team and we hope this will lead to interest from manufacturers and possibly even a Formula E race there in the future."

10/31/13 The Super Aguri name is set to make a surprise return to international motorsport in the new Formula E Championship from 2014 according to Autosport.com.

Aguri Suzuki's operation, which ran in Formula 1 from 2006-8, was announced as one of the 10 Formula E entrants in Tokyo on Friday morning.

The squad will be known as Super Aguri Formula E, or SAFE.