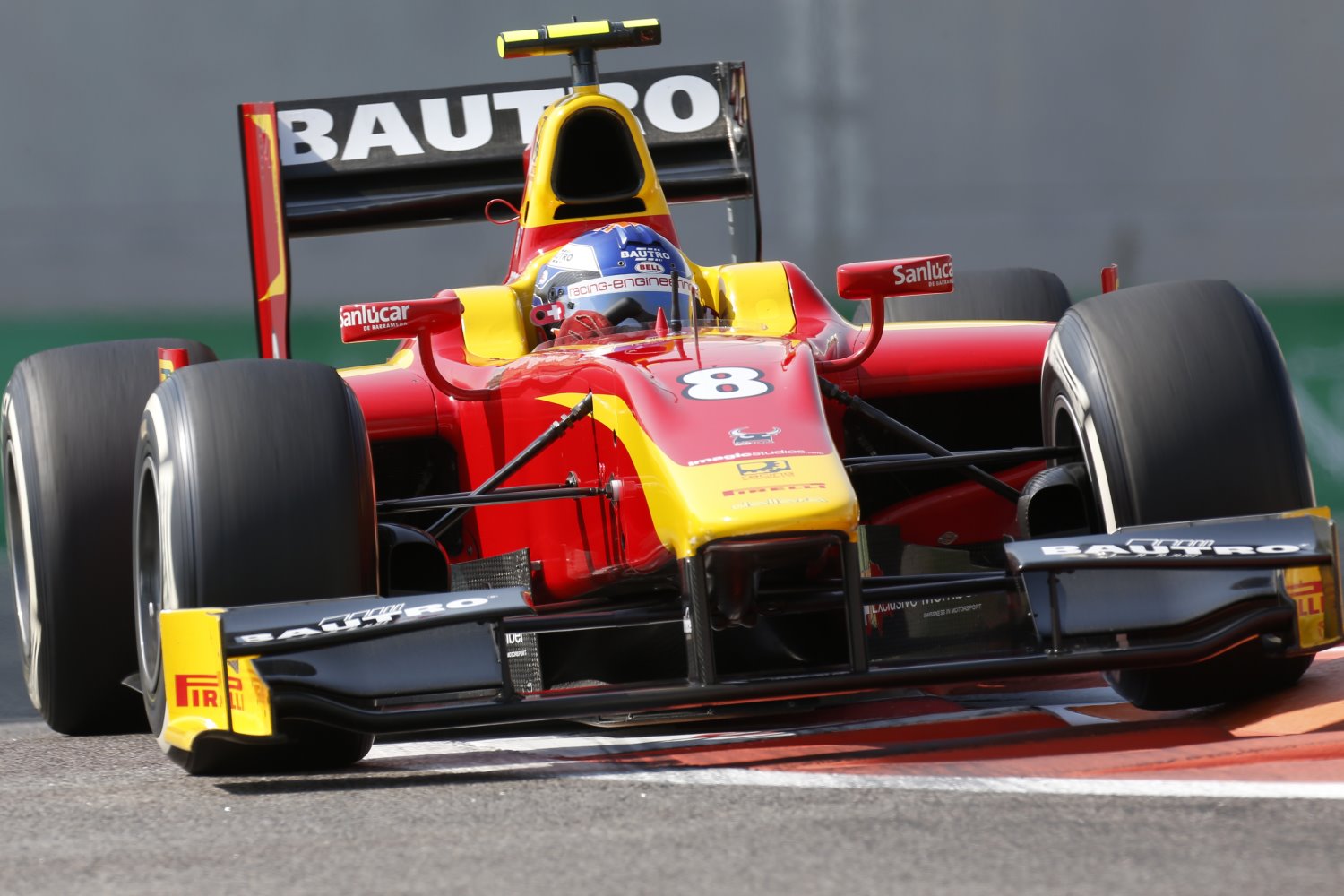 Fabio Leimer has started the final weekend of the 2013 GP2 Series in fine style after claiming the top spot in this morning’s free practice session at Yas Marina Circuit, stealing the spot in his final lap to head title rival Sam Bird and Dani Clos.

The points leader set a time of 1:51.766 on his final lap to claim best time from Bird, but the Englishman appeared to be on a faster lap before slowing slightly in the final sector, relinquishing the position he had held for much of the session in the process.

The practice session took place under blazing skies, with times tumbling throughout as the drivers came to grips with the circuit and their tires: Jolyon Palmer set the first competitive lap before Bird claimed the top spot just 8 minutes in, improving his time later before Clos took over on the leaderboard with just over ten minutes remaining.

As the pace improved a number of drivers ran wide, showing just how hard they were working to improve their times: Bird regained the top spot with four minutes remaining, but Leimer laid down a marker for the championship battle as the checkered flag came out.