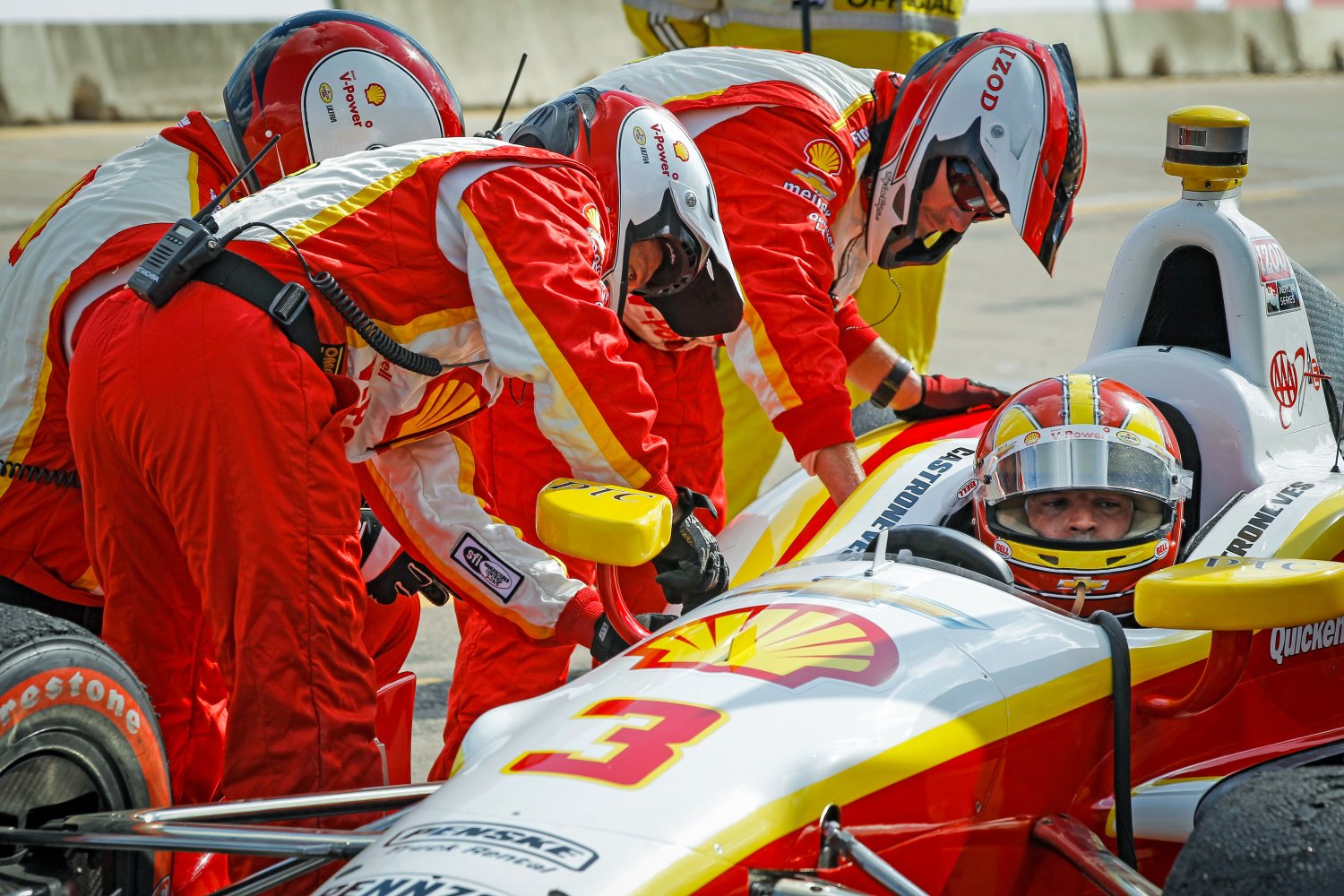 If there is one Izod IndyCar Series driver who could be excused for having a disdain for the doubleheader format, it would be Team Penske's Helio Castroneves. After all, Castroneves came into the final doubleheader of the season at Houston with what seemed like a healthy 49-point lead in the championship.

One dismal doubleheader weekend in Houston later – finishes of 18th on Saturday and 23rd on Sunday – and Castroneves left the Lone Star State licking his wounds. He found himself in second place in the championship, 25 points behind Scott Dixon, with just one race to go.

Castroneves' title hopes were gone, and he went on to finish the season at Fontana second to Dixon in the season championship chase by 27 points.

Despite that disappointment, Castroneves is still a fan of the double dips. Next year, IndyCar will again have three doubleheaders sprinkled among its 18-race slate: The Raceway at Belle Isle Park in Detroit (May 31-June 1), Reliant Park in Houston (June 28-29) and Streets of Toronto (July 19-20).

"I like doubleheaders despite that one weekend for me that made me lose my title," Castroneves said while on a promotional stop for the Chevrolet Detroit Belle Isle Grand Prix. "For me, as a driver in Detroit, I thought [two races in two days on Belle Isle] was going to be really tough. But it wasn't that bad — maybe because we had a lot of yellows in the second race, I don't know. It was actually pretty good.

"Toronto was pretty good. Houston, unfortunately, wasn't a good weekend [for me], and it was probably the toughest track. Overall, [the doubleheader format] was good. Ryan Hunter-Reay had a bad weekend in Toronto, and I had a horrible weekend in Houston."

There is one thing that Castroneves might change about the doubleheader format, however.

"It's tough on the [crew] guys," Castroneves said. "I wish it were a little longer weekend than just the weekend. Maybe have one race on Friday and then have Saturday to recover. Not just for us [drivers], but mainly the mechanics. You've got to realize that everything with the car and engine has to be brand new for the next day. It's start all over again. Maybe we could qualify on Friday, race on Friday, have Saturday off, and race again on Sunday."

Having a day off to take a breath, regroup and retool between races of the season's final doubleheader might have saved Castroneves' 2013 season. Then again, maybe not. His problems in Houston stemmed from a gearbox that was just short of haunted.

"Nobody understands really what happened," he said. "The first day, it was a bolt that came loose. The second day, it was a cracked gearbox case. Our guys said they only see something like that when you crash into a wall on an oval. [Editor's Note: It was clear to AR1.com staff at the event that Helio broke his own gearbox because he kept bouncing hard over the bump in the road right after Turn 1. Other drivers were staying to the left to avoid it but Helio kept hitting it, you could see the back of his car bottom and he eventually destroyed his own gearbox against the concrete pavement.]