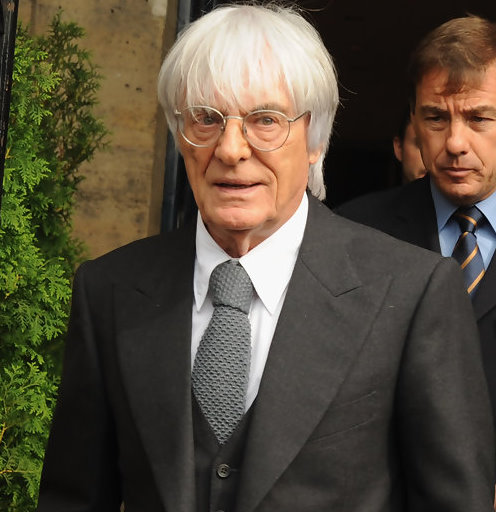 Tomorrow in London, F1â€²s commercial boss Bernie Ecclestone begins the defense of a US$170m legal action against him and three other defendants, over the sale of F1 by Bayern LB to CVC in 2005 and the payments around the time of the sale, made by Ecclestone to disgraced Bayern LB employee Gerhard Gribkowsky.

Ecclestone has acknowledged making the payments, but denies they were bribes. He says that the payments were in response to Gribkowsky blackmailing him over the conduct of the Bambino Trust. The German threatened to claim to UK Tax Authorities that Ecclestone controlled the trust which would open him up to complicated tax investigations.

Ecclestone and Gribkowsky, together with Ecclestone’s former lawyer Stephen Mullens and Ecclestone’s family trust Bambino Holdings are the defendants in tomorrow’s case, which is expected to last between 20 and 25 days. Ecclestone is scheduled to give evidence in the second week. CVC’s managing partner Donald Mackenzie, who is not implicated in the case, will also give evidence.

Much information, hitherto secret, relating to F1â€²s income, cash flows, team payments much else which is concealed behind a curtain of secrecy will be revealed during the case.

The first three defendants will be represented by QCs and barristers. Gribkowsky, who is in a German prison serving an eight and a half year sentence for bribery, will not be represented.

The case has been brought by Constantin Medien, a former shareholder in F1, which had an interest in the sale of the F1 business, so long as the sale price was above a certain threshold, believed to be in excess of $1 billion. In fact it sold for $814, so Constantin Medien did not get its payment. When the business was valued by accountants later that year for refinancing of CVC’s loan, the value was set at $5.9 billion. Constantin Medien claims that this indicates that the true value at the time Gribkowsky sold Bayern LB’s stake should have been $2.8 billion.

After Gribkowsky’s conviction for receiving bribes from Ecclestone, which he denies, Constantin Medien launched its legal challenge in London. They have had one minor victory already when the judge in the case ordered FOM and CVC to release hundreds of documents to the plaintiff, hence the details likely to be revealed.

Former owner of F1 Constantin Medien claims that Ecclestone, his lawyer Stephen Mullens, his family trust Bambino Holdings and Gribkowsky conspired to undervalue the motor sport when it was sold to CVC Partners in 2005/6, in part through the payment of bribes.

It is also alleged that the payments were made so ownership passed to a buyer supportive of Ecclestone, who would retain him as chief executive of F1, but that this fetched a significantly lower price than should otherwise have been achieved from a sale.

It claims F1 was sold at half its real price, causing it to lose out on a profit-sharing agreement.

The defendants argue that they had no knowledge of the existence of Constantin Medien’s position relating to a sale and so could not have conspired to defraud them.

Ecclestone has also been indicted in Germany over the Gribkowsky affair, but the court in Munich has delayed until 2014 a decision on whether to bring him to trial, partly due to forthcoming regional elections and a change of judging panel and partly to see what arises from the Constantin Medien case in London.

There were suggestions in the paddock that the Munich court may have recently changed its mind and decided to call a pre-trial hearing next month, but lawyers in London said that they were unaware of such a development. JamesAllenOnF1.com