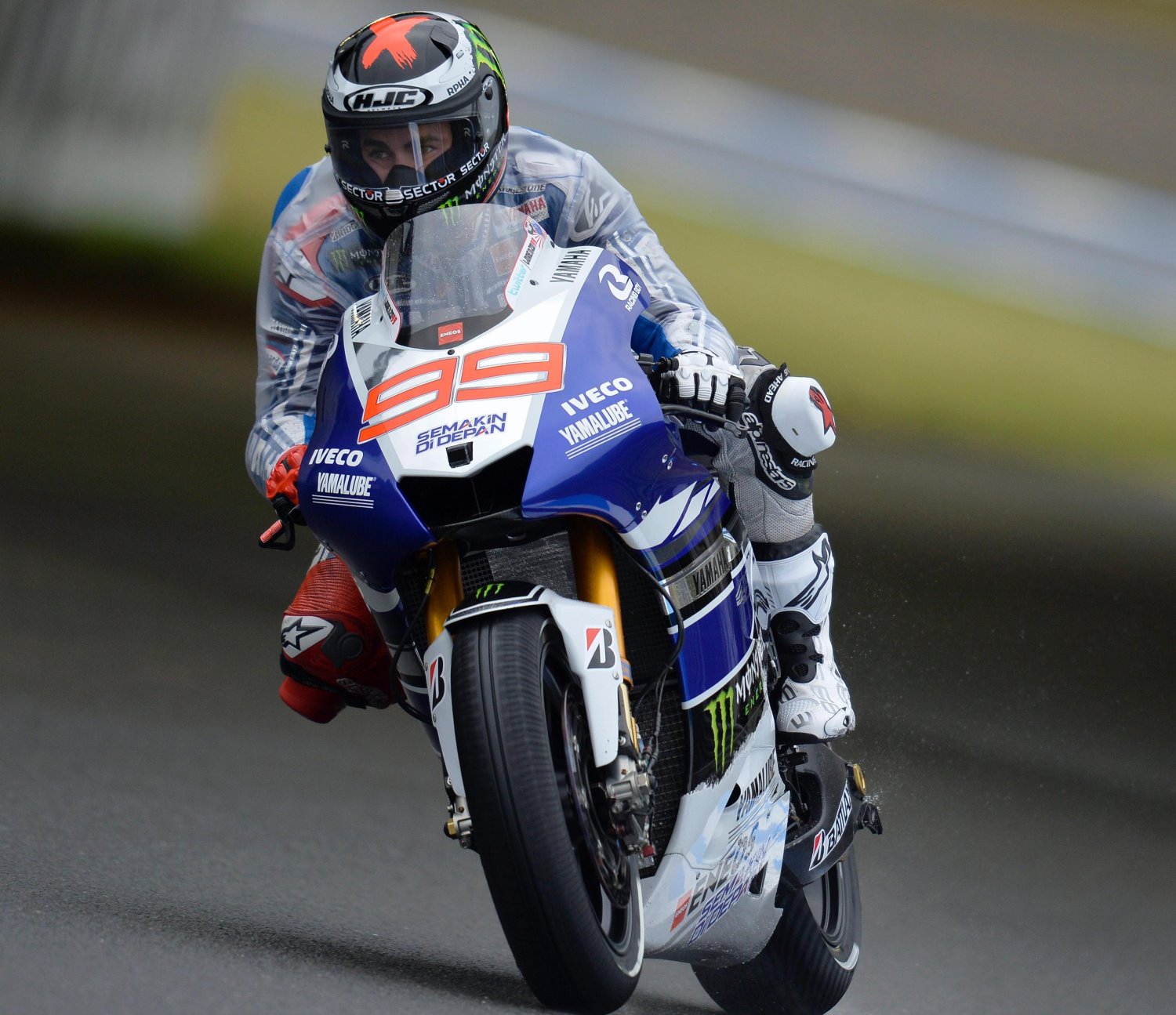 As the flag dropped at the finish line in Motegi this afternoon it signaled not just an incredible victory for Jorge Lorenzo but also a defining moment for Yamaha. The race win is the 200th Grand Prix victory for Yamaha in the premier class of Grand Prix racing.

Both Jorge and his teammate Valentino have made an incredible contribution to this score, adding the last 49 of the 50 race wins taken since 2007 with Ben Spies the only other Yamaha Factory Racing rider to claim a single race win in that time.

This incredible success story goes back to 1973, when British rider Chas Mortimer took the first ever 500cc victory in the class that would become the modern day MotoGP Championship. Yamaha is still only the second manufacturer to achieve this milestone.

The greatest MotoGP legend of all-time, Giacomo Agostini played a key part in writing Yamaha’s story of race success, taking six 500cc wins in the 1970s to add to the score. Later on in the story it was the Americans who wrote their piece of Yamaha history with three in particular, Kenny Roberts, Eddie Lawson and Wayne Rainey racking up the victories.

Roberts was the first, the pioneer of knee dragging wild riding, taking three back-to-back 500cc championships from 1978 to 1980. Eddie Lawson followed, adding 26 wins to the total and claiming three titles for Yamaha in 1984, 1986 and 1988.

The last of the three, Wayne Rainey, then took up the challenge, scoring an impressive 24 race victories on his way to taking the world title in 1990, 1991 and 1992. A tragic accident in 1992 brought an end to Rainey’s racing career, and the focus returned to Europe with riders Luca Cadalora and then Max Biaggi taking up the charge. Biaggi ironically was challenging against the then rival Rossi for the eight victories he scored.

It was in 2004 that Valentino Rossi arrived in the Yamaha garage, forming a love affair with the YZR-M1 that has endured to this day, creating an almost impossible to believe success that has won the hearts of fans worldwide. By 2007 Rossi had made it 150 wins for Yamaha at the historic Assen TT races, his own 28th MotoGP win.

2008 saw the arrival of another remarkable talent in the Yamaha garage. Stepping up to join Valentino on the YZR-M1 was hotheaded Mallorcan Jorge Lorenzo. The pairing proved unbeatable, adding two further world titles with Yamaha and an amazing 30 race wins to Rossi’s haul.

Jorge Lorenzo
“It's a very special day, to be the rider to get the 200 wins is a great honor. To win at Honda’s home race is even more special! It was a very difficult race today, they were very close but I never gave up and tried to be even faster, brake harder and open the gap more. Finally I was able to make a little gap. We are very proud of this victory, for the result, for the circumstances and for the championship, it couldn’t be better."