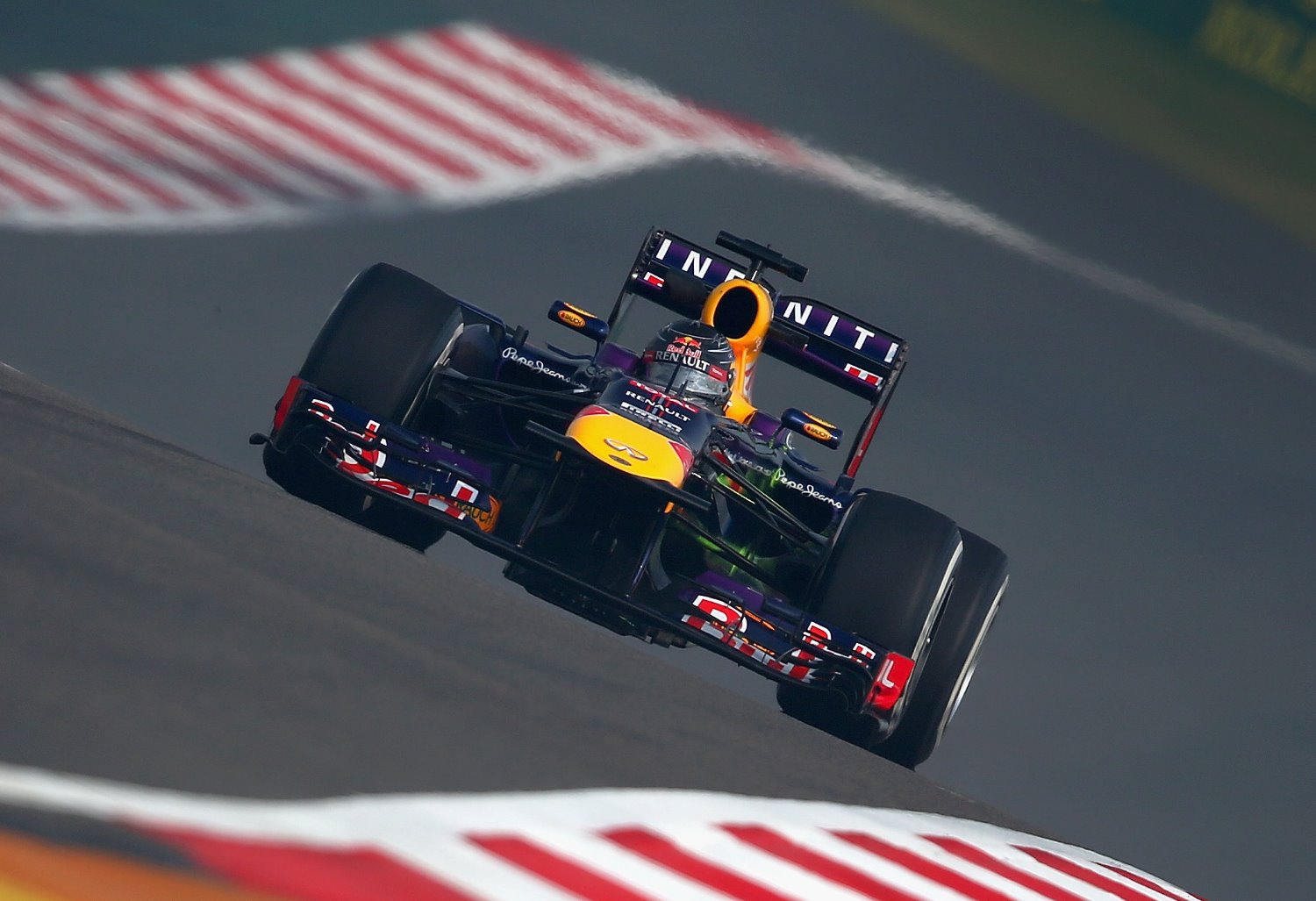 The gap widened at the front a bit but the result was essentially the same. Red Bull claimed another one-two in second Indian Grand Prix practice, as Sebastian Vettel again led Mark Webber.

Times were over a second faster on soft compound tires, and Vettel's early 1m25.722s secured the top spot with an hour to left in the session and he was never headed.

Behind was Romain Grosjean's Lotus, the second Mercedes of Lewis Hamilton and Ferrari's Fernando Alonso who was back on track after his broken gearbox in the morning practice was repaired.