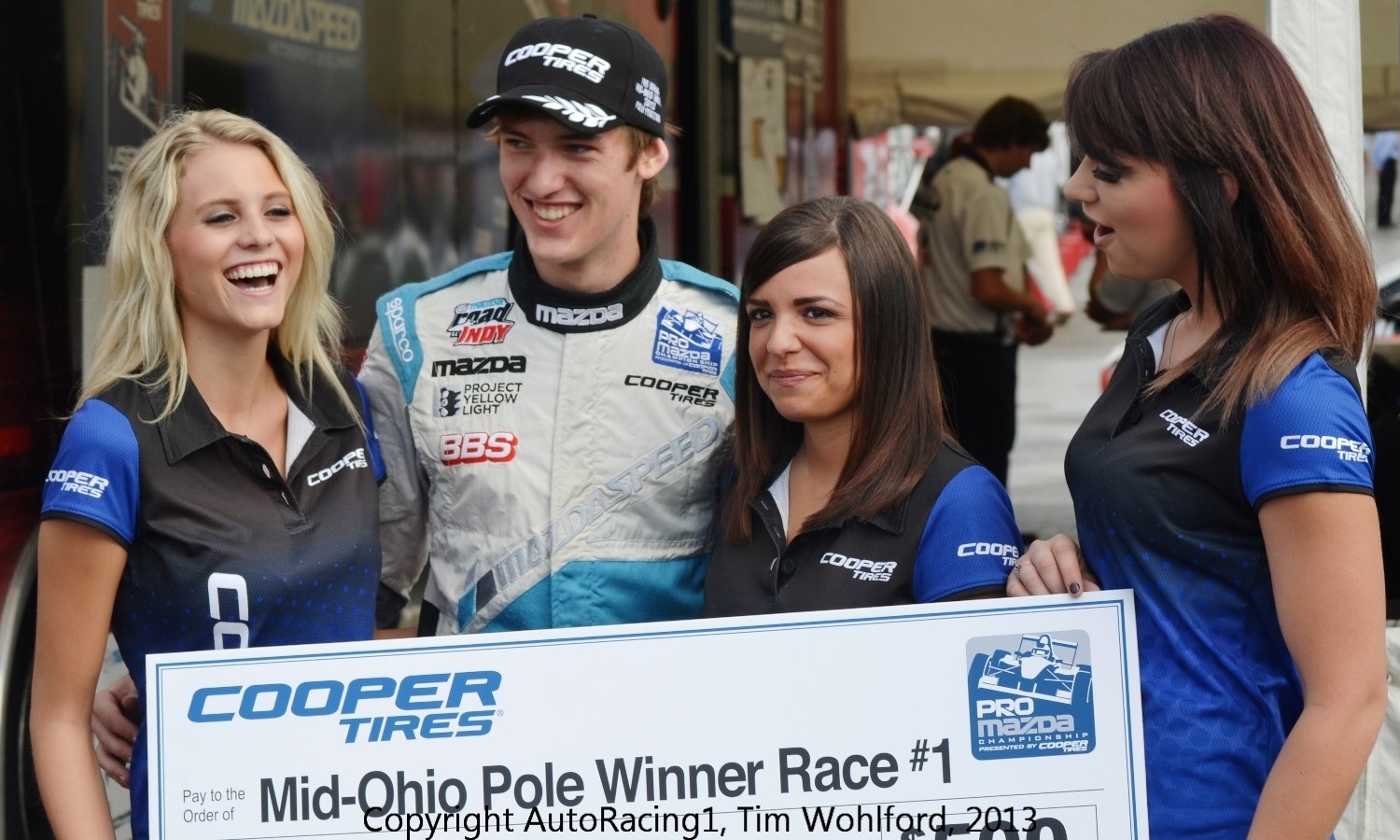 Pro Mazda Championship's 2013 Champion Matthew Brabham will pilot the United Fiber & Data/MAZDASPEED car with Andretti Autosport for the 2014 Indy Lights season. The 19-year-old from Boca Raton, FL garnered 13 wins and 15 podium finishes during the 2013 season – both new series records – clinching the title at the Grand Prix of Trois-Rivieres in August.

The third-generation racer will showcase the colors of United Fiber & Data (UFD) – a tech company based in York, Penn. who offer a complete suite of all-fiber networking and broadband solutions, who also currently serve as an associate sponsor on the No. 25 IndyCar driven by Marco Andretti. UFD will feature a 400-mile fiber optic line running between New York and Virginia and will operate out of different data centers across Pennsylvania (Allentown, Lancaster, Reading and York).

Along with the help from UFD, Brabham brings along the MAZDASPEED Motorsports Development scholarship provided to him by the Mazda Road to Indy (MRTI) for winning the Pro Mazda Championship – one of the biggest incentives of the ladder program to develop up-and-coming drivers. In addition to winning the 2013 Pro Mazda Championship, Brabham clinched the USF2000 title in 2012 making him the only driver to do so thus far in the history of MRTI.

JF THORMANN, CHIEF OPERATING OFFICER, ANDRETTI AUTOSPORT
"We are pleased to have both Matty and UFD back with Andretti Autosport. Matty is a force to be reckoned with on track and UFD has grown to be a strong partner for the team. I think the combination is a solid first step in our mission of earning yet another championship."

BILL HYNES, DIRECTOR, UNITED FIBER & DATA
"United Fiber and Data is excited to further expand our support of Andretti Autosport as we share the vision of Michael Andretti; developing the drivers throughout the different levels of racing toward their march to Indy! We are very excited to have Pro Mazda Champion Matthew Brabham pilot the United Fiber & Data / MAZDASPEED car in Indy Lights."

MATTHEW BRABHAM, DRIVER, UNITED FIBER & DATA/MAZDASPEED
"I'm really excited to be moving into Indy Lights next year. I remember seeing the Indy Lights cars for the first time in St. Petersburg when I was racing USF2000 there last year; I was blown away by how quick they were and how cool they sounded. It's going to be a fun year, and I'm very pleased to be on board with Andretti Autosport for a second year. Especially so after the fantastic year we shared this year in the Pro Mazda Championship. I'm so grateful to Chad (Taylor) and Bill (Hynes) with United Fiber & Data and Mazda for giving me this incredible opportunity for next season!"