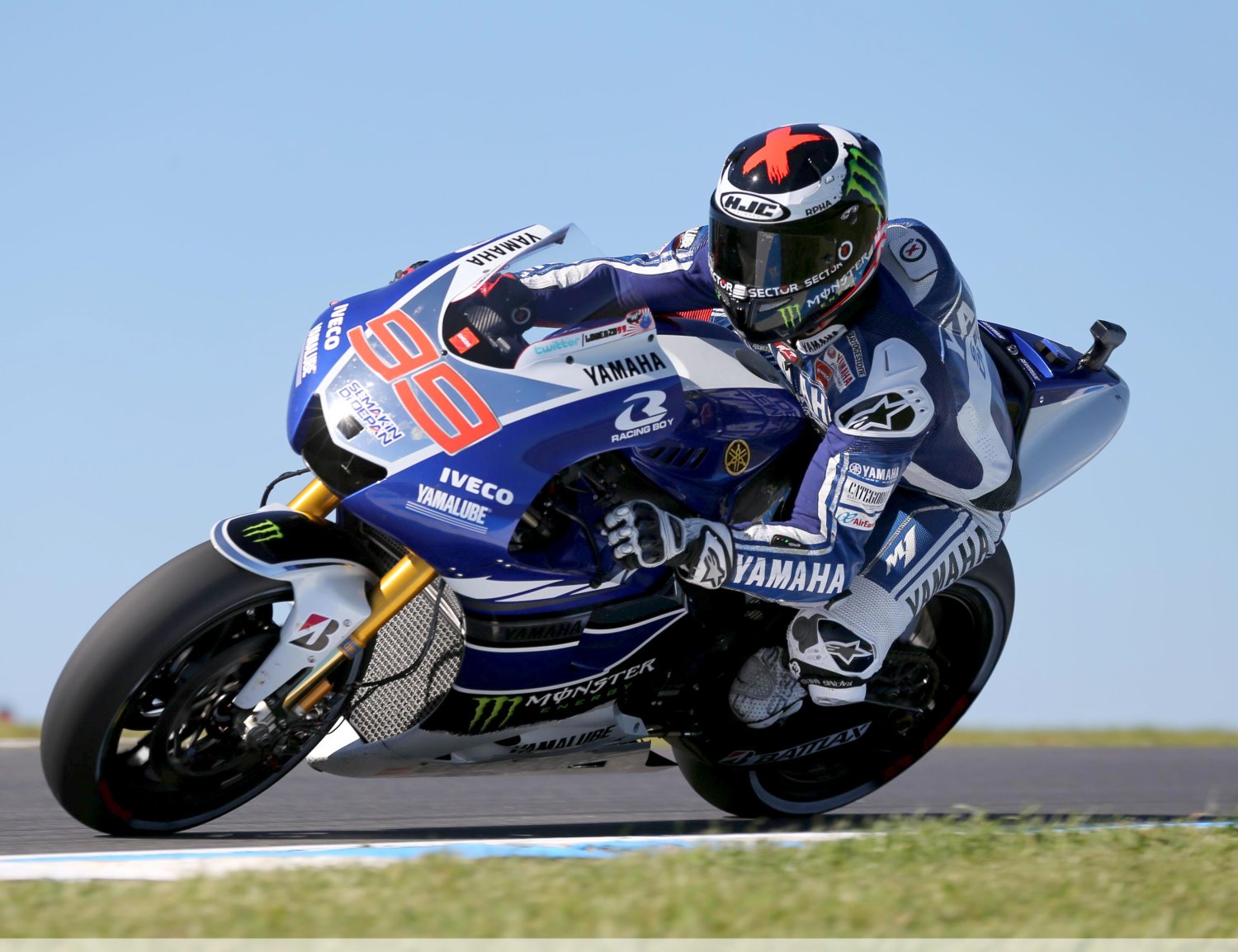 The uninvited passenger did nothing to slow Lorenzo down as he stormed to a provisional pole time of 1’28.681, breaking the pole record set by Casey Stoner in 2008. Rival Marc Marquez was quick to take back the top spot, leaving Lorenzo in second position as he headed back in for the first tire change with eight minutes remaining of the session.

After allowing most of the pack to enter the track, Lorenzo was back out with four minutes left on the clock. With no seagull to slow him down the Mallorcan was unflappable, dropping under the 1’28 mark with one minute to go and storming to an incredible 1’27.899 second lap for pole position. The time sets a new record as the fastest ever lap by a motorcycle on the Phillip Island circuit.

Valentino Rossi enjoyed another successful qualifying session, delivering his second consecutive front row start with third on the grid for tomorrow’s race. The Italian nine-time world champion was the last rider to leave the pits at the start of the session, waiting to find some clear track for his qualifying efforts. His first laps with the soft tire were enough to put him in fourth position, 0.817 from provisional pole.

He then returned to the pits with eight minutes remaining for a quick tire change and was quickly back out with over six minutes left on the clock. Rossi then put the hammer down and dramatically picked up his pace to put in a 1’28.647 to move up a position and take third on the grid for tomorrow’s race.

Jorge Lorenzo 1st / 1'27.899 / 7 laps
“I had an impact with a bird on the first few laps on the bike, luckily we could take it off and I could make a second attempt without a passenger, maybe because of this I went a little bit faster and was able to make pole position. I’m very happy because I pushed to the limit to make the lap and I made a very good time. We have some problems with the tire because the new asphalt makes a lot of graining; we’ll see if there are decisions from Dorna or Bridgestone tomorrow for the race. If we can make a good start we will try to get away at the beginning."

Marc Marquez 2nd 1'28.120
“The goal today was to get a front row start for tomorrow, and we achieved it. We knew that Jorge and Valentino would be very fast over a single lap with the new soft tire compound, something that they showed today. Jorge, Dani and Valentino have a great pace, but I think I can stick with them. After the issues with tires the race will now be a flag-to-flag, which for me is the first time so it will be interesting – even if I would have preferred a shorter race but this is the decision from Race Direction. We shall see if in the warm-up we can try out some last minute things and then we will give 100%, as always"

Valentino Rossi 3rd / 1'28.647 / 9 laps
“Coming back in Phillip Island with the new surface is fantastic, especially with this weather and this temperature to be back on the M1 is a great pleasure. To be able to push 100% on the soft front tire is a fantastic feeling. I’m so happy with this position, it's the second first row in a row. It looks like in the last races we have found a better solution for qualifying because at the beginning of the season I struggled a lot. I know the race is tomorrow and especially Marc and Jorge and Dani will be very hard to beat. I have to give the maximum, find a good setting and tire and try to fight for the podium."