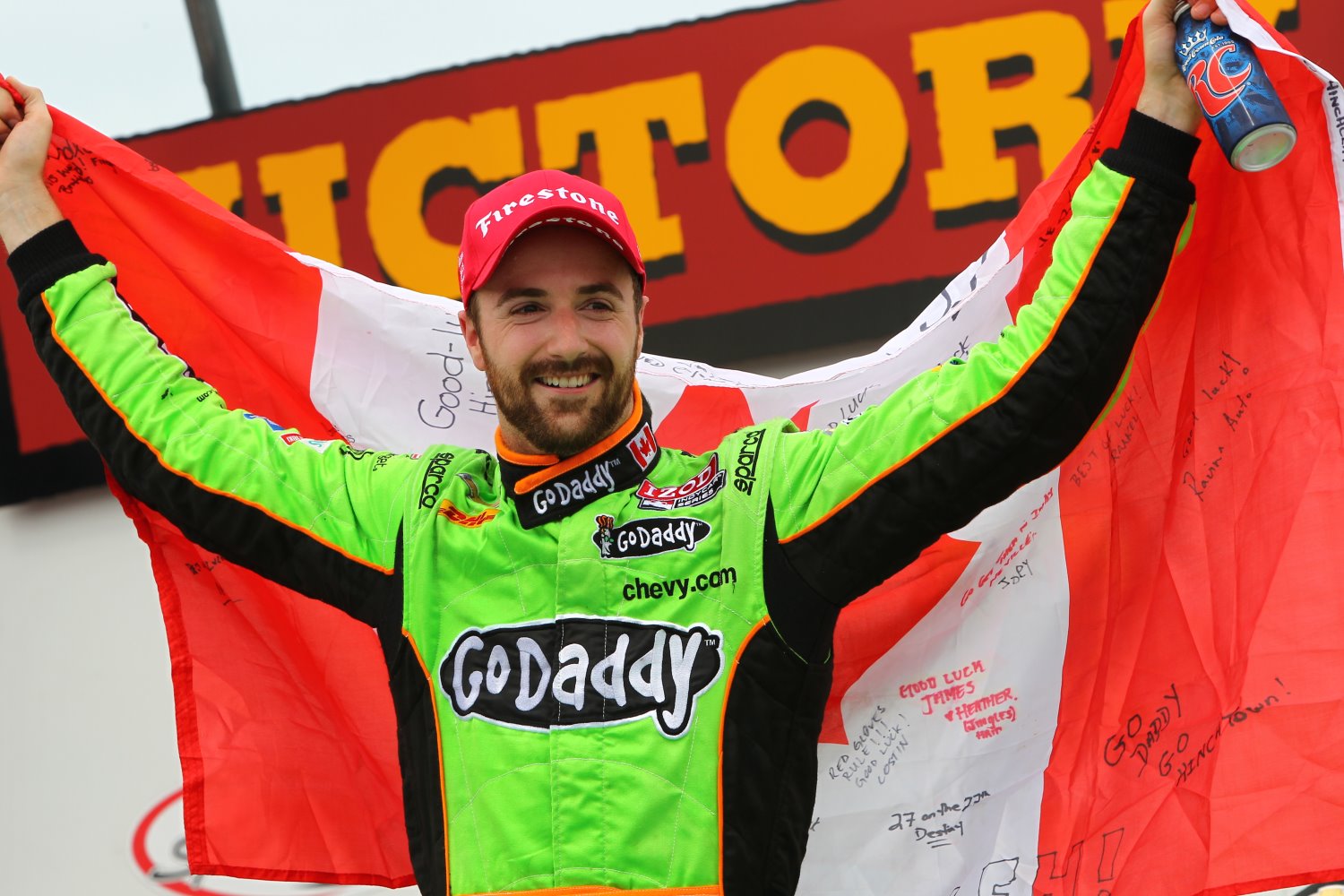 Andretti Autosport will announce a new primary sponsor Saturday to replace GoDaddy next season on the car currently driven by James Hinchcliffe. As GoDaddy prepares for a global launch next year its spending allocation had to be re-evaluated. GoDaddy currently sponsors #10-Danica Patrick in NASCAR and Hinchcliffe in IndyCar, and [CEO Blake Irving] Irving decided IndyCar didn't make fiscal sense (how can it with 0.1 TV ratings?).

Despite the decision to leave IndyCar, Irving, who took over as CEO in January, said NASCAR remains a valuable market for GoDaddy. He also said the company is thrilled with its relationship with Patrick. "We frankly love Danica and think that Danica represents and personifies what GoDaddy represents – small businesses and people who have ideas," Irving said.

"Here's a woman who had an idea and went through the challenges to become a driver in a male dominated sport. She represents the idea that the totally impossible is possible and we love that kind of person. She's going to be with us for an awful, awful long time." Associated Press