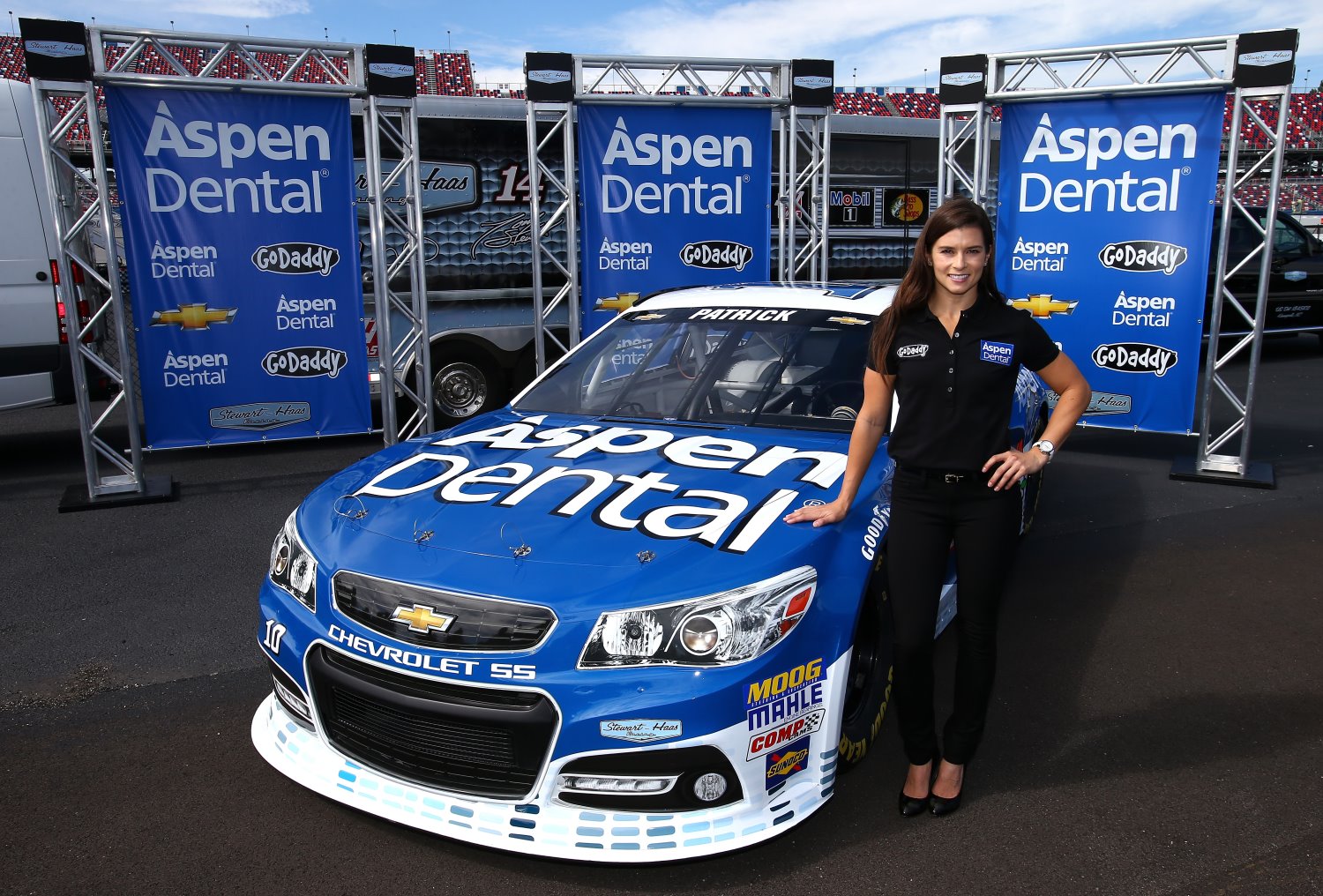 Danica Patrick will have a different look on her car for two races in 2014. Aspen Dental will serve as the primary sponsor for two events next year, the driver announced Friday at Talladega Superspeedway.

The look of her car will get an overhaul, too, replacing the familiar green trim for a blue-dominant scheme.

The company will sponsor her Stewart-Haas Racing No. 10 Chevrolet entry March 9 at Las Vegas Motor Speedway and Aug. 31 at Atlanta Motor Speedway.

"The addition of a new partner to the No. 10 Chevrolet is a big milestone for me, and I feel fortunate to have Aspen Dental join GoDaddy beginning in 2014," Patrick said in a release. "I was in Syracuse a few weeks ago to meet the Aspen team and was impressed by their commitment to making sure people have access to quality oral health care. I'm proud to team up with Aspen Dental and shine a spotlight on a part of health care that doesn’t get a lot of attention."

"Danica is incredibly focused and driven to succeed, and that includes delivering for her partners," said Tony Stewart, who is the co-owner of Stewart-Haas Racing with Haas Automation founder Gene Haas. "She’ll be a great ambassador for Aspen Dental, and Stewart-Haas Racing will continue to help Aspen Dental remain one of the most successful and progressive organizations in dentistry."

In her first full season in the Sprint Cup Series, Patrick is 28th in the points standings. Her best finish was an eighth-place run at the Daytona 500 to open the season.

In fact, Patrick generally runs well at restrictor-plate tracks, and she's looking forward to running at the 2.66-mile behemoth.

"The reason (other drivers) don't look forward to Talladega is exactly why I do, because someone like me has more of a shot there, just like everybody else," Patrick said. "So, they're in the Chase and have run really well and been fast all year. So, when we get on more traditional tracks, that's where they're going to fall into place more often than not. But with superspeedways, it's a toss-up what's going to happen. So, that's why it's fun for me because somebody like me has a chance."