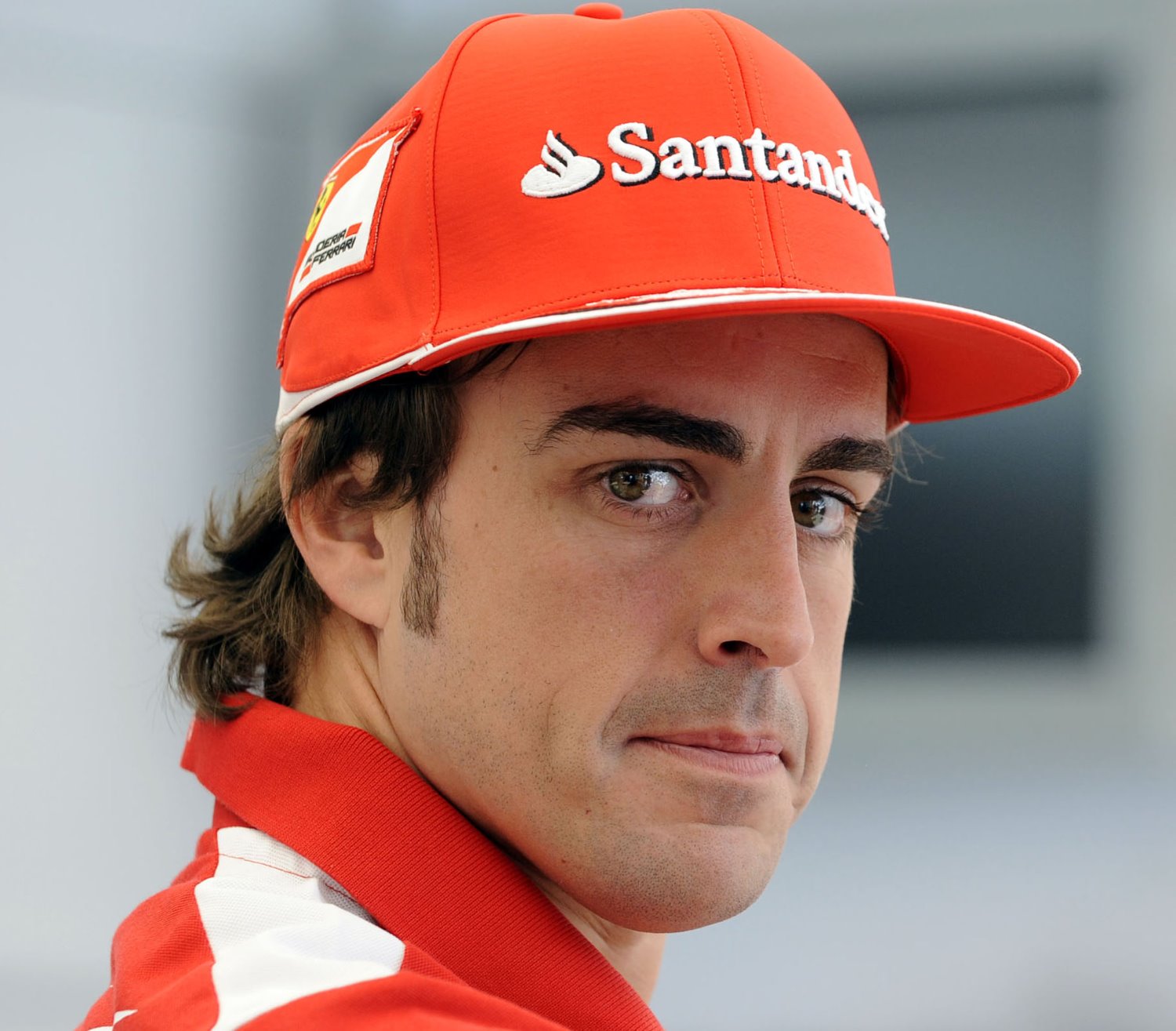 Alonso to launch cycling team at Tour de France
(GMM) Fernando Alonso is pushing ahead with his plans to set up a world-class professional cycling team.

Recently, the Spaniard announced he was buying the embattled Spanish team Euskaltel-Euskadi, but the advanced negotiations broke down late last month.

The Ferrari driver, however, said he would set up his own team for 2015 instead.

He said "some agreements with sponsors are already signed", while the launch date for the 2015 project is already set: "The first rest day of the next Tour (de France)," Abad announced.

"Fernando has said he wants to bring the best of formula one to cycling, and vice versa," he added.

"The intention is to do something new and avoid the problem of doping," Abad explained.

He also said the sponsors of Alonso's team will be new to cycling, but denied speculation the Ferrari sponsor Banco Santander is one of them.

"It's better to keep the business of F1 and cycling separate," said Abad.

Ecclestone to give Valencia barriers to New Jersey
(GMM) Bernie Ecclestone is reportedly using the demise of Valencia's F1 project to give organizers of next year's provisional New Jersey race a boost.

We reported this week that F1 chief executive Ecclestone has agreed to terminate Valencia's contract without financially penalizing the Spanish hosts.

It means the Valencian government is avoiding a reported EUR 54 million in break costs.

"What we have agreed," said president Alberto Fabra, "is that we will not use any equipment in other circuits."

"Everything in formula one has a price," wrote correspondent Paul Juanarena.

He said Ecclestone has negotiated to take possession of Valencia's street circuit equipment, including more than 10 kilometers of fencing and barriers, worth several million euros.

The beneficiary, Juanarena explained, would be organizers of the financially-pressed inaugural New Jersey grand prix, whose place on the 2014 calendar is conditional upon "circuit approval".

Nasr looking for 2014 Friday practice seat
(GMM) Felipe Nasr, whose name rhymes with that of his Ferrari-racing countryman, is hopeful of breaking into formula one in 2014.

Earlier, the 21-year-old was linked with the vacant Toro Rosso seat, but it is now believed more likely he will sign a test and reserve contract.

Nasr, third in the GP2 standings and backed by Sky Brasil and Banco do Brasil, is managed by Kimi Raikkonen's manager Steve Robertson.

He is also said to have the support of F1 chief executive Bernie Ecclestone, who is worried Felipe Massa's potential exit would leave the important Brazilian market unrepresented on the grid.

Nasr told Brazil's Globo he is still in the running to make his grand prix debut next season.

"I am keeping the goal. We are looking for it," he said.

But he admitted that becoming a reserve driver is "undoubtedly something that is also in the plans".

"You can see the examples of Hulkenberg and Bottas, who did the Fridays (practice sessions for a season) before coming in as race drivers.

"For me it would be good," he added, "because I don't know all the tracks. So to get this sort of mileage would be very important."

The 22-year-old Mexican has struggled for much of 2013, but an improved Sauber and boosted confidence led to his maiden points – 6 of them – at Suzuka last weekend.

His chances of staying at the Swiss team for a second season have therefore been radically boosted.

"Coming up in formula one is not easy, you have to go step by step," Gutierrez told the French magazine Auto Hebdo.

"I made some mistakes early in the season, like all rookies, but then it was a matter of putting in place all the pieces of the puzzle.

"The team knows how hard I've worked, and am still working, to get everything in place to grow as a grand prix driver, and to grow with the team."

A major piece of the puzzle, Gutierrez revealed, was adjusting to his new fame.

"Many things changed for me," he said.

"We have a big family in Mexico, and the life of each member, not only mine, was affected radically, and in a really fast way.

"Inevitably, this has created tensions.

"This is not something I've ever mentioned or shown in the media, but it was unavoidable — and it has an impact," added Gutierrez.

Beyond 2013, he admitted that his future is essentially "not in my hands".

McLaren not expecting poor Mercedes service
(GMM) McLaren is not concerned engine supplier Mercedes will give the British team sub-standard service next year.

2014 will be the final year of McLaren's long engine collaboration with Mercedes, as the sport moves from the current V8 to the radical new turbo V6 rules.

In the wake of the successful works partnership, however, McLaren is now just a paying customer of Mercedes, and moving to works Honda power in 2015.

Team figures have denied 2014 is a sort of 'gap year' for McLaren.

It is therefore expecting equal treatment from Mercedes, who while having its own Brackley based works team, will also sell engines to Force India and Williams next year.

"I know Mercedes very well, having worked with them for years," managing director Jonathan Neale is quoted by the Austrian website Laola1.

He said that with drivers needing to make do with just five V6 engines for the entire 2014 season, "all parts must be of the highest quality".

"So there can be no A, B or C equipment," Neale insisted.

Vandoorne reveals he turned down Toro Rosso
(GMM) McLaren protege Stoffel Vandoorne has revealed he was in the running to replace Daniel Ricciardo at Toro Rosso next year — until he said no to the Red Bull junior team.

McLaren boss Martin Whitmarsh has said he is trying to find seats in formula one for the 21-year-old Belgian as well as his 2013 Formula Renault 3.5 rival Kevin Magnussen.

He confirmed that the conversation was about 2014, because Australian Ricciardo was set to be announced as Mark Webber's replacement at Red Bull.

"As (Antonio Felix) da Costa was not doing an exceptional season, they began to question him and contacted me," said Vandoorne.

"I talked with my management, they are of course very close to McLaren, and they advised me to continue (with McLaren).

"The proposal for Red Bull (Toro Rosso) covered only one year, but here (with McLaren) we see it for the longer term," he added.

Magnussen, poised to secure the Formula Renault 3.5 title ahead of Vandoorne this weekend in Spain, has been linked with Force India and Marussia for 2014.

Vandoorne admitted he is second in line behind the Dane.

He said another season in Formula Renault 3.5 is the "most likely option" for next year, partly because McLaren does not rate the GP2 series.

Vandoorne also said the McLaren reserve role is a possibility.

Germany's Auto Bild is reporting that Portuguese da Costa will be announced next week as Ricciardo's Toro Rosso successor for 2014.

That is because the rules forbid the engine manufacturers to supply more than a single specification, despite Mercedes, Renault and Ferrari all having customer teams.

"We will work together as one team at Brackley and Brixworth to get the best result from the complete car," he said. "Engine and chassis."

So that will mean the customer teams will have to make the most of engines that are tailored to the rival cars of the works teams.

"We will help our customers as far as we can, in terms of information," said Brawn. "But if I'm honest, they won't have a big say.

"We have developed a solution for us, so the others will have to adapt."

2014 Mercedes customer Williams' new technical boss Pat Symonds confirmed that, "In practice, we will have to go with the Mercedes package as it is delivered".

Meanwhile, Honda on Friday released an audio clip of the sound of its turbo V6 engine, which was recently fired up for the first time.

The engine will not be raced until 2015, when the works collaboration with McLaren begins.

The clip can be heard here.

"It is exciting to hear the cry of our newborn formula one engine for the first time," said Honda's European president Manabu Nishimae.