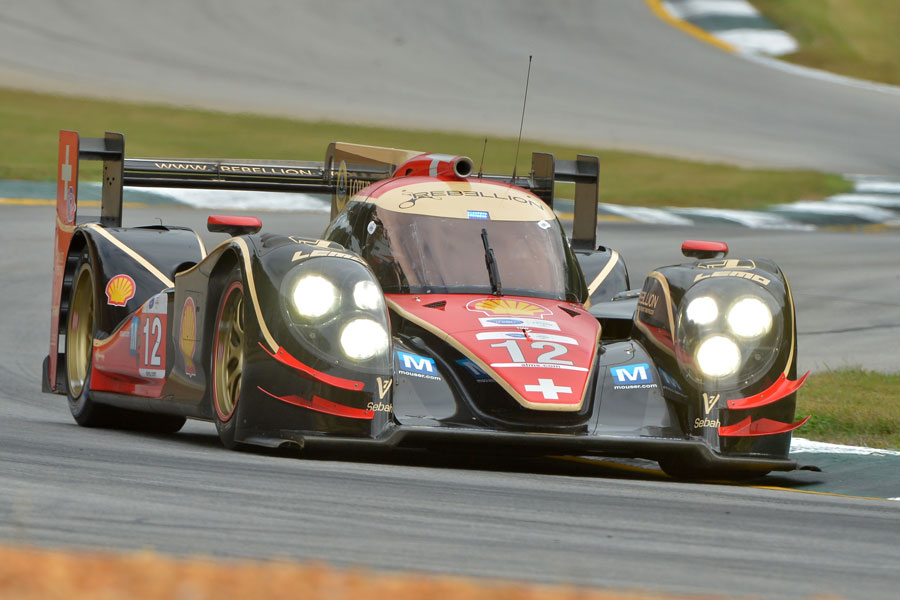 Rebellion Racing made the most of its return to the track alongside American Le Mans Series presented by Tequila Patron competitors by leading the way in both of Monday’s test sessions at Road Atlanta in preparation for Saturday’s Petit Le Mans Powered by Mazda.

“Today is only practice, so it doesn’t mean a lot and we don’t know what the others do, but we focused on ourselves and tried quite a few things on setup," said Heidfeld. “For me, it was my first time here at this circuit, which is very enjoyable. It’s not an easy circuit to learn because of a lot of blind spots, but it was good fun. I was trying to find the best setup for the race."

Heidfeld is sharing the car with Neel Jani and Nicolas Prost, who won the 2012 Petit Le Mans for Rebellion alongside Andrea Belicchi. The team is returning to ALMS action this week for the first time since competing in Round 3 at Mazda Raceway Laguna Seca in May.

Turning in the second-quickest time of the day was the No. 6 Muscle Milk Pickett Racing HPD ARX-03c shared by Lucas Luhr, Klaus Graf and Romain Dumas. The team’s best lap was a 1:10.875 (129.016 mph) set in the morning session. Third on the day was Dyson Racing’s No. 16 Mazda/Thetford/Norcold Lola B12/60-Mazda at 1:11.723 (127.490 mph) in the afternoon session. Chris Dyson, Tony Burgess and Chris McMurry are sharing the driving duties in the No. 16 machine this week.

The No. 551 Siemens/Alpina Watches/Ohiya Casino Resort HPD ARX-03b topped P2 with a best lap of 1:14.008 (123.554 mph) in the afternoon session. Team owner/driver Scott Tucker, Ryan Briscoe and Marino Franchitti are co-driving the machine for Level 5 Motorsports.

The fastest Prototype Challenge presented by Continental Tire lap of the day went to the No. 25 8Star Motorsports ORECA FLM09 at 1:15.558 (121.020 mph) in the morning session. Ozz Negri and Christian Potolicchio are the co-drivers.

A total of 24 cars turned laps in Monday’s test sessions. Tuesday is a day off for all ALMS teams, with testing set to resume Wednesday at 1:45 p.m. ET.