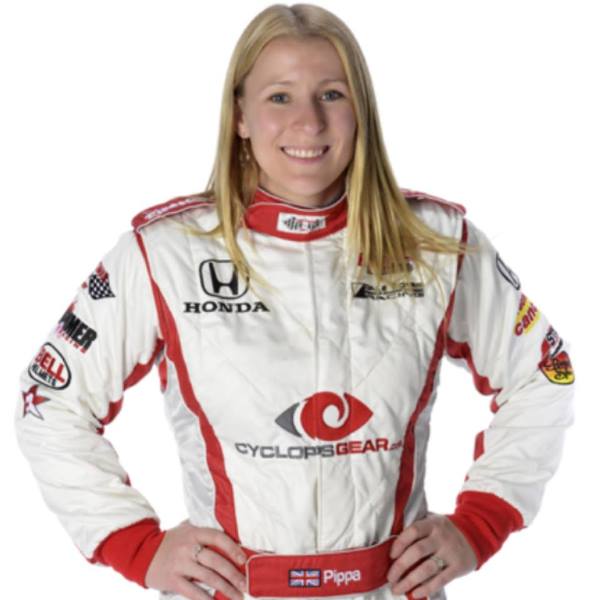 Pippa Mann took the high road during a manufacturer test Sept. 24 at Auto Club Speedway in preparation for the season-ending MAVTV 500 INDYCAR World Championships on Oct. 19.

Mann will make her fourth start of the season in the No. 18 Dale Coyne Racing car with primary sponsorship from Cyclops Gear. It will be her first race at the 2-mile D-shaped oval with 14 degrees of banking in the turns.

“I think we made quite a deal of progress during the test day from when we unloaded with the car, and also with me as a driver," said Mann, who has driven this season in races on the 2.5-mile Indianapolis Motor Speedway and Pocono Raceway plus the 1.5-mile, high-banked Texas Motor Speedway.

“Typically, whenever I’ve raced on big D-shaped tracks you’re always trying to get the car down low, toward the white line. At Auto Club Speedway, I was having to get a little more comfortable with the cushion (SAFER Barrier). It was a learning experience, and I think I got a lot better as the day went on."

In last year’s season finale at the track, the high line was preferred by race winner Ed Carpenter and a few others. During the test, all 23 cars were experimenting with running high and low.

“It’s definitely going to be a very long and interesting race," Mann continued. “Everybody wants the same piece real estate and everybody wants the real estate at the top of the track. So now it’s when your car gets up there it’s making your car work underneath that lane so you can pass people. We had good handling at the test, and now our challenge will be to make the car work in lane three as well on race day."

The test was a first outside of the extended practice sessions at the Indianapolis Motor Speedway for the Indianapolis 500 Mile Race for Mann, who appreciated the opportunity to get in laps before the race weekend. She’ll join Justin Wilson, who sits fourth in the championship standings, at Dale Coyne Racing for the event.

“I don’t expect us to qualify right up front as we spent all of our time focusing on having really good race cars," said Mann, a former Firestone Indy Lights race winner who posted her best IZOD IndyCar Series finish (15th) at Pocono in July. “When the sun goes down and the race starts heating up, that’s when you’ll see our cars start to come into their own." Indycar.com