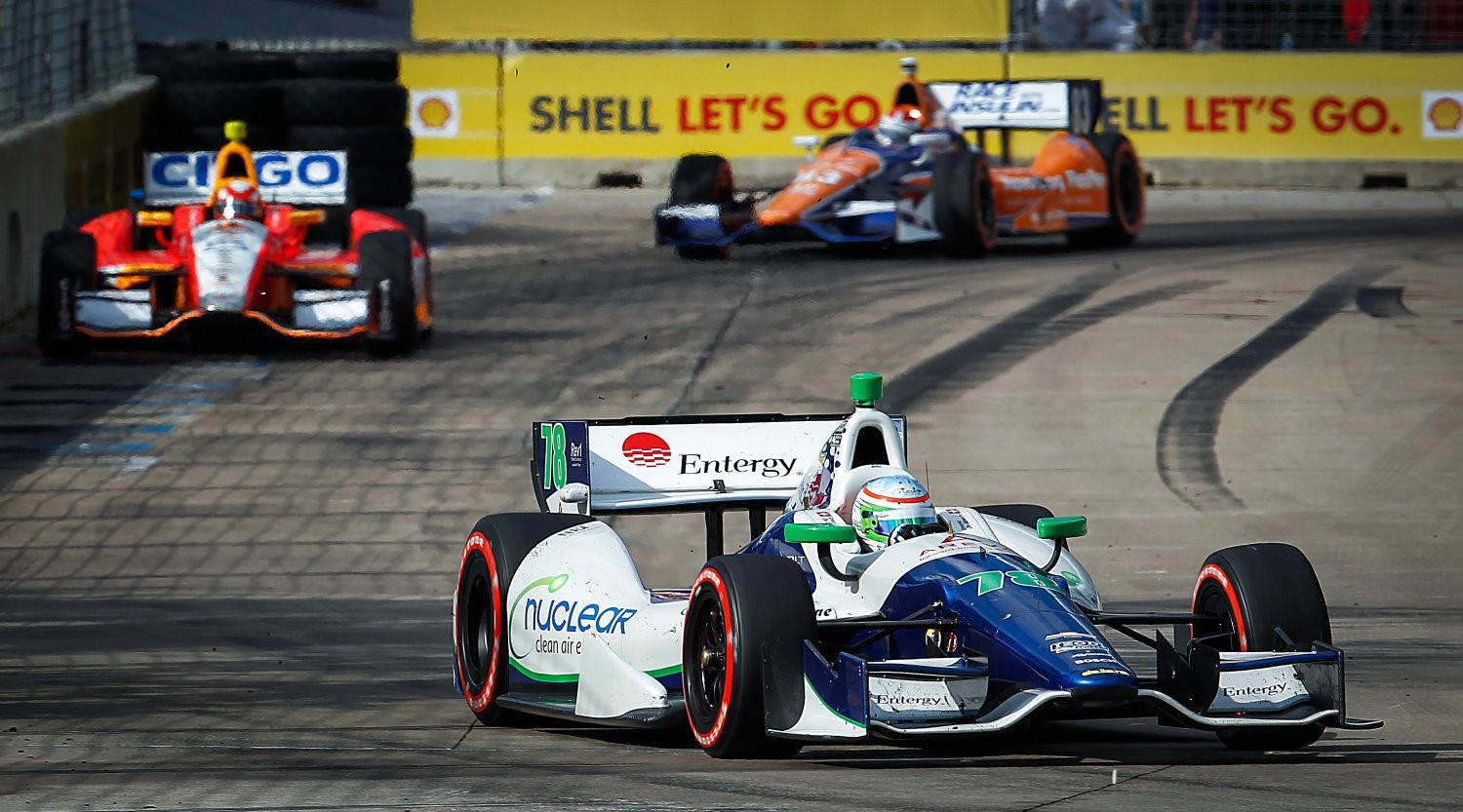 Areva had more than its new Charlotte HQ during the past week. The IndyCar series car Areva sponsors with others in the nuclear-power industry had its best-ever finish Saturday, coming in second at the Shell Pennzoil Grand Prix of Houston.

It was the first time on the winners podium for Simona de Silvestro, driver of the #78 Nuclear Clean Air Energy Car. And she got some space in The New York Times on Tuesday to talk about her support for nuclear energy and the possibility of electric-powered race cars down the road.

“I’ve only driven electric go-carts, not full-size race cars, but I think it will be a part of motorsports," she told reporter Jim Motavalli. “It will come because the future will be more electric. As drivers, there are some things that we’ll have to do differently, but we don’t know exactly what they are yet. Electric cars don’t make very much noise, so that alone is a big change, but maybe people will like it."

Motavalli makes it clear she remembers her sponsors. He reports:

De Silvestro drives a car sponsored by a nuclear industry initiative, and she’s passionate about the benefits of the harnessed atom.

“Nuclear is the cleanest way to produce a lot of electricity," she said in an interview. “In Switzerland, we get 40 percent of our power from nuclear."

Of course, whether nuclear power is truly “green"— or safe — is a hotly debated issue, including in Switzerland. In 2011, in the wake of the Fukushima Daiichi disaster in Japan, the Swiss government joined Germany in deciding to phase out nuclear power, albeit somewhat slowly. De Silvestro thinks that decision is likely to prove a mistake.

Overall, the article affords the kind of publicity Areva and its fellow sponsors, including the power company Entergy, were looking for when they invested in the racing car. Areva and others also use the car for events at schools and universities to promote science, engineering and math education. Charlotte Business Journal