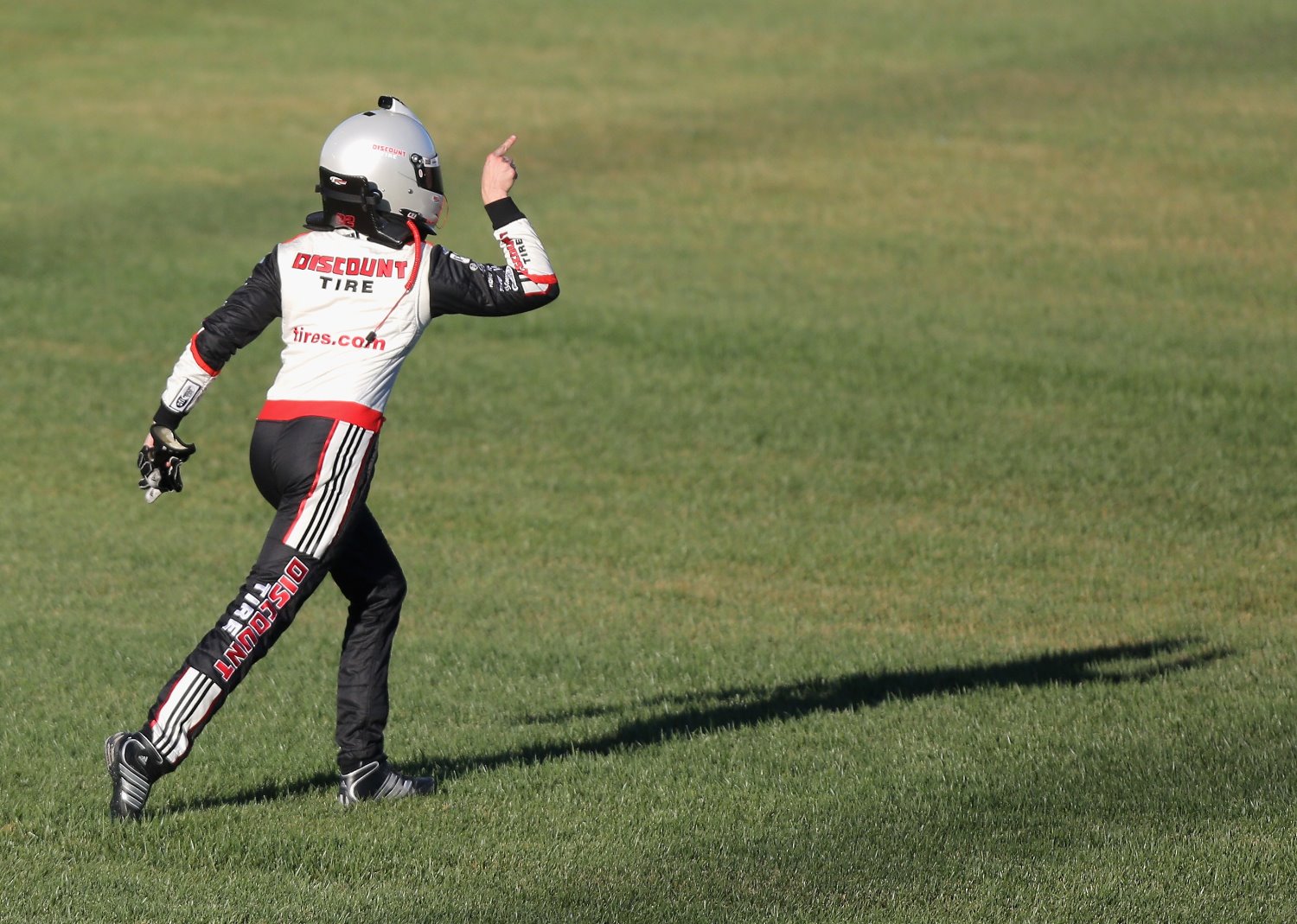 Defending Sprint Cup champion #2-Brad Keselowski asked NASCAR to clarify its definition of "100%" effort at the drivers' meeting prior to Sunday's NASCAR Hollywood Casino 400 at Kansas Speedway. Keselowski, who was sent in to the wall by Kyle Busch during Saturday's Nationwide series, wanted to know if intentional wrecking fell under the guidelines established after the controversy at the end of the race at Richmond last month.

The answer is whatever NASCAR decides. "It's still on us to decide whether it's aggressive, hard, NASCAR-type racing," NASCAR president Mike Helton told Keselowski, "and when that racing turns out to be something other than that. That's a subjective call, but NASCAR-style racing is expected to be close, aggressive and hard. "It is possible to cross that line, and if that happens, we will step into it. It's a subjective line for us to decide when it happens, what the difference is between NASCAR-style racing and something that's intentional." Kansas City Star